This impressive ridge system runs unbroken for more than 60 miles between the East Fork of the South Fork of the Salmon River in the north and South Fork of the Payette River in the south. The western boundary is formed by the South Fork Salmon River and Middle Fork Payette River. The eastern boundary is formed by Johnson Creek, Deadwood River and Clear Creek. The divide is characterized by steep grades, high ridges and massive burn areas. Log Mountain (9,179 feet) is the highest peak on the divide. This divide is discussed on Page 117 of the book. Many additional peaks are covered on this website and can be found at this link: Log Mountain/Deadwood Divide Peaks 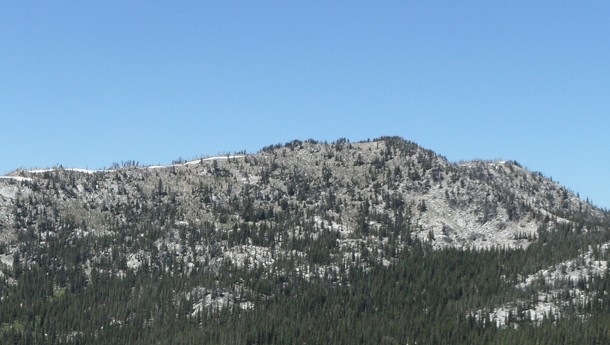 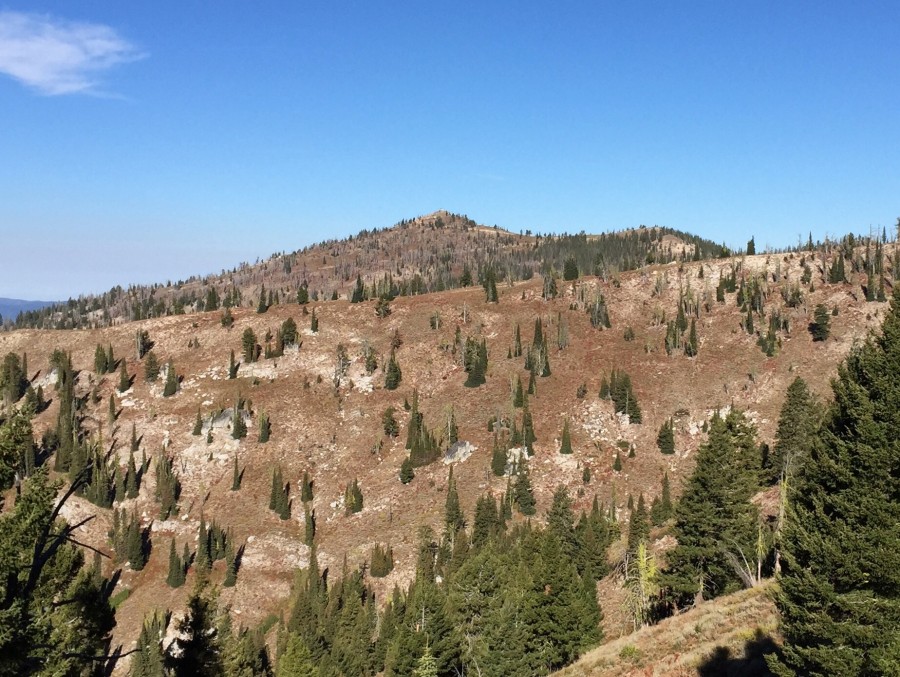 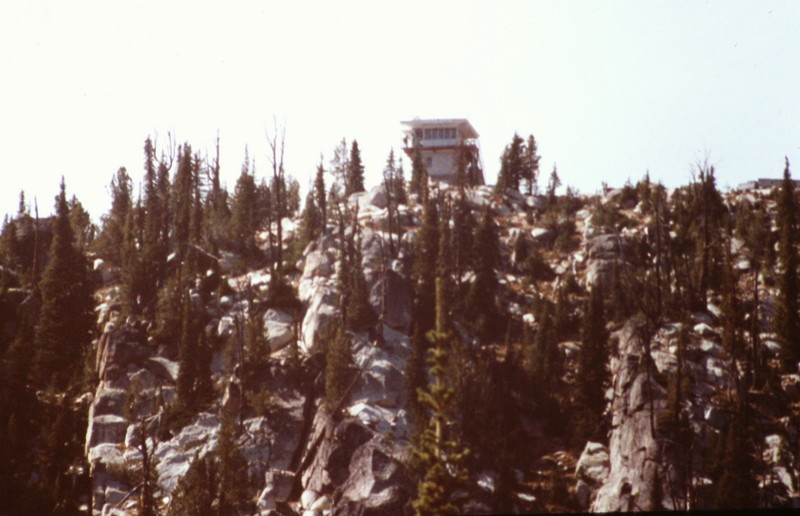 A closer view of the Thunderbolt Mountain Lookout from the trail.