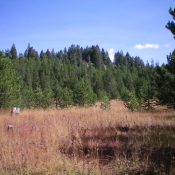 Lookout Butte is a forested hump with large boulders and two USGS benchmarks on top. Unlike the other forested buttes in this area, Lookout Butte has an indisputable high point that is well marked. The scramble up the southwest ridge is not too bad. Although not a ranked summit, Lookout Butte is worth the modest effort required to climb it. USGS Lookout Butte 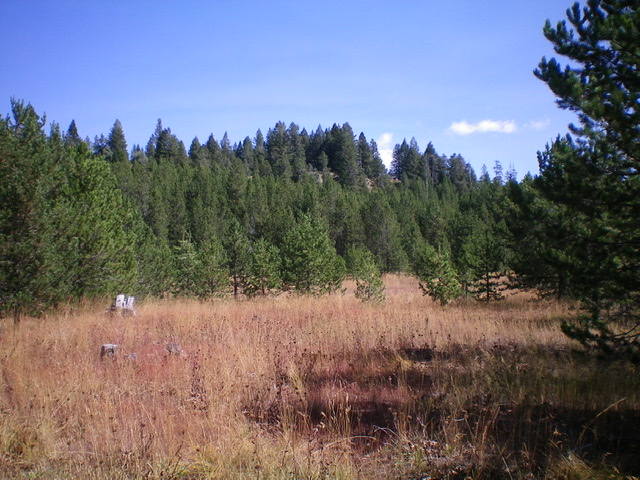 Lookout Butte as viewed from FSR-156 to its southwest. The butte is the forested hump in dead center. Livingston Douglas Photo 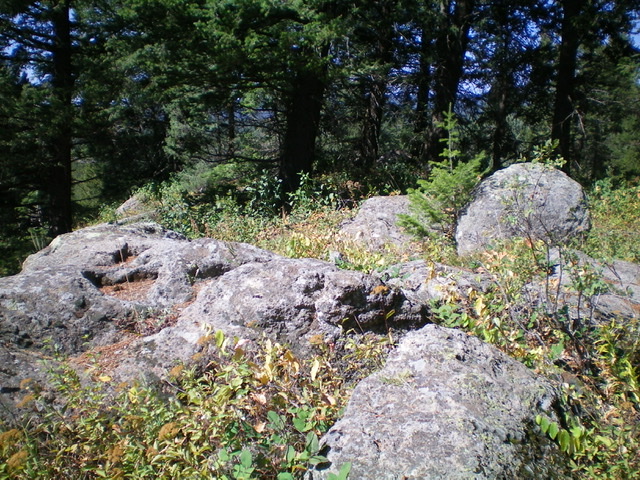 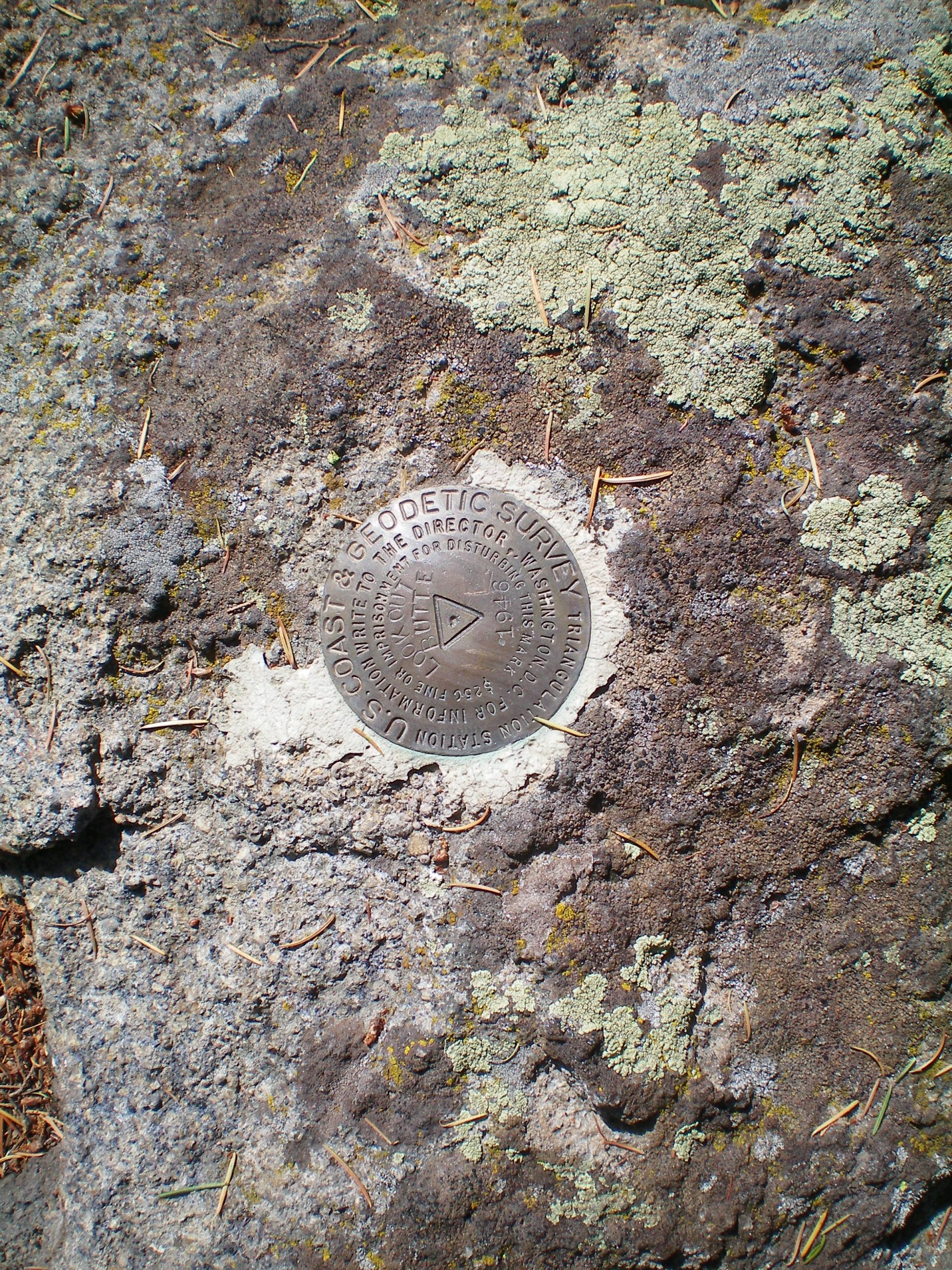