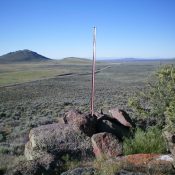 This benchmark is not in the book. Published December 2019 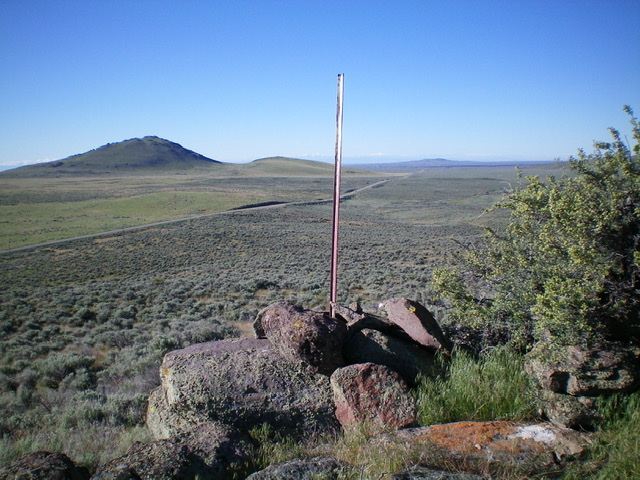 The summit cairn and summit post atop Magic Benchmark. Wedge Butte is in the distance, with ID-75 diagonally in between. Livingston Douglas Photo

From the road junction, bash southeast through thick sagebrush and drop to a small marshy area. Climb up out of that lush spot and weave your way through sagebrush (which thins out as you go higher) to reach the small ridgeline summit area. The summit has two large summit cairns, one of which has a steel post in it. A tall triangulation “cross” lays on the nearby ground, among the sagebrush. Surveyors have been here, though I could not locate the USGS benchmark. It is either underneath the large rocks of the summit cairn or is in a ground boulder hidden in the thick sagebrush. The summit overlooks ID-75 to the east and has a nice view of Wedge Butte to the south.