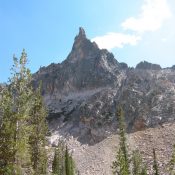 Climbing and access information for this peak is on Page 196 of the book. There are five routes listed in the book. The “East Ridge” route is the standard route. Pat McGrane provided a detailed description of this route which is set out below. Pat has pointed out that the “East Ridge” is more appropriately identified as the “Southeast Ridge.” Updated August 2020

The Mayan Temple is located northwest of Packrat Peak. This peak is seldom climbed due to its remote location and the proximity of a bigger prize, Warbonnet Peak. USGS Warbonnet Peak

John Platt remembers “Tom McLeod and I ‘accidentally’ climbed Mayan Temple, trying to climb Warbonnet. It was not difficult but, without a rope, was exposed Class 4 or 5. Tom, being way faster than me in such terrain, was well ahead when I heard ‘Oh, F***!’ from above me. Not knowing if he had fallen, I continued on. I recall a somewhat broad summit consisting entirely of loose boulders. As I gingerly picked my way up through that, there was Tom, pointing and exclaiming, ‘There’s Warbonnet over there!’” 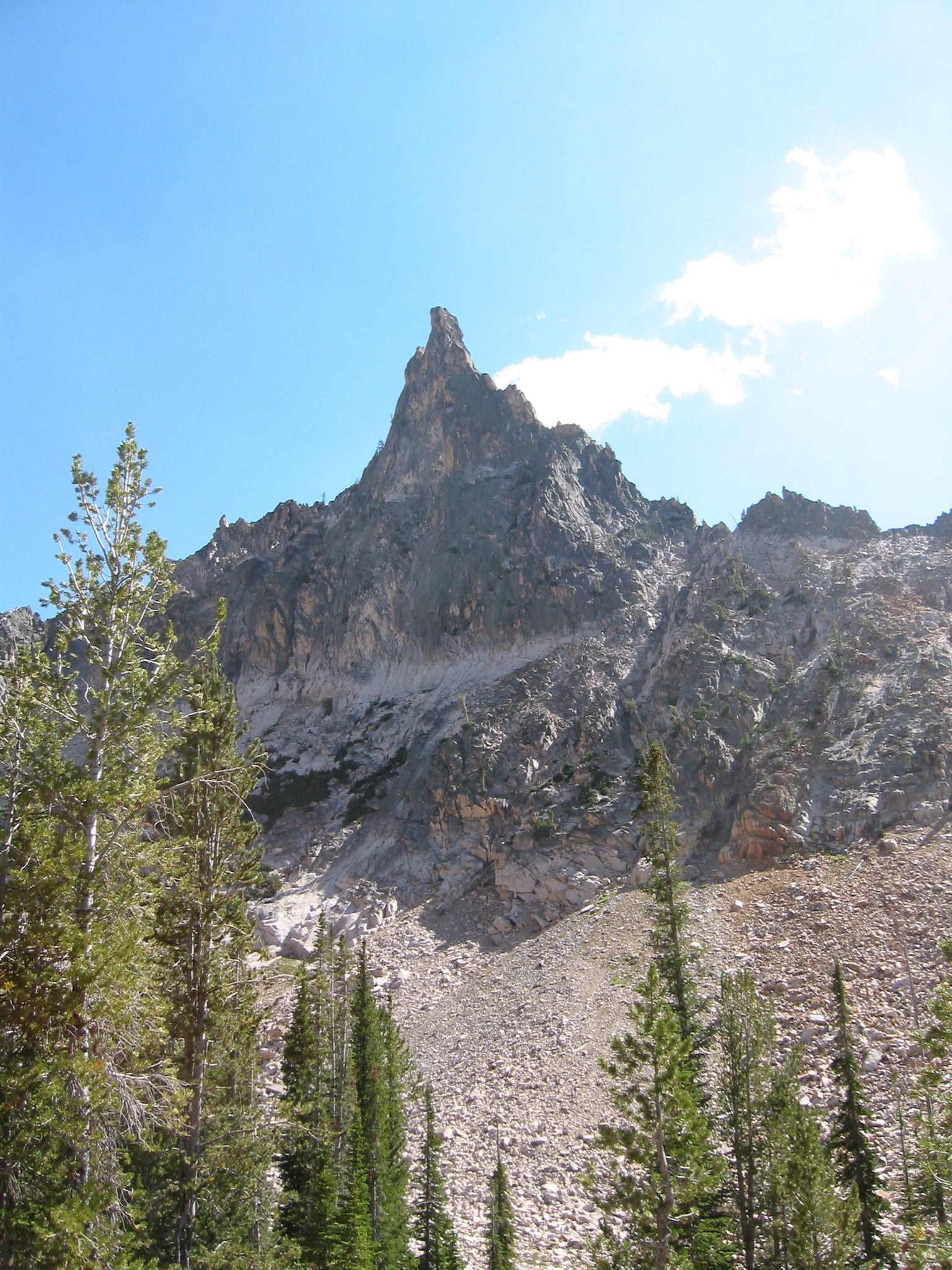 The route starts on the Mayan Temple-Packrat saddle. The saddle can be accessed in three ways:

1. Scramble up boulders and horribly steep talus from Warbonnet Lake (unaesthetic but quick).

2. Make three 30 meter rappels down the south and west side of Packrat Peak and traverse over on easy terrain.

3. Hike from Warbonnet Lake around Blue Rock Dome to Lake 9352. Don’t drop down to Blue Rock Lake, instead stay just below the dome on an awesome rock slab. Upon reaching Lake 9352 scramble due north on easy talus (very aesthetic)

From the Mayan Temple-Packrat saddle gradually scramble towards an area of vertical cracks in the middle of the south face. These cracks would probably go at middle 5th class.  Instead, follow a steep ramp to the right and scrabble 200 feet to the top. There is one short section which requires traversing into the top of a wide chimney which is scary Class 4. A fall here would likely be fatal, so bring a rope. The summit is not far beyond. To return, you can reverse your route or rappel down the south face from a bolt and a fixed stopper (bring some new sling!). We used two 60 meter ropes. It may be possible with a single 70 meter rope, but I can’t guarantee it. 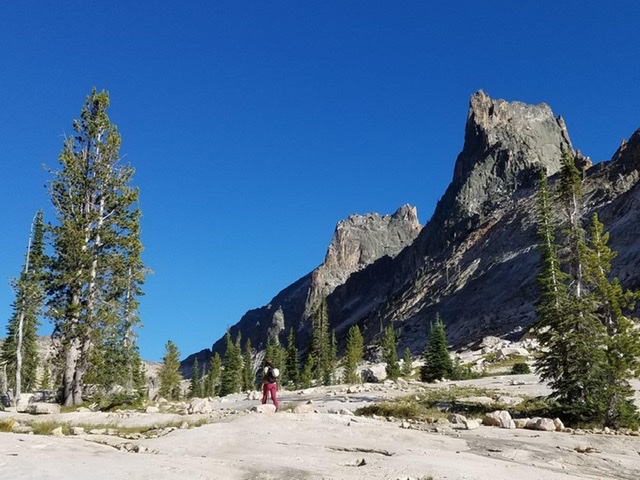 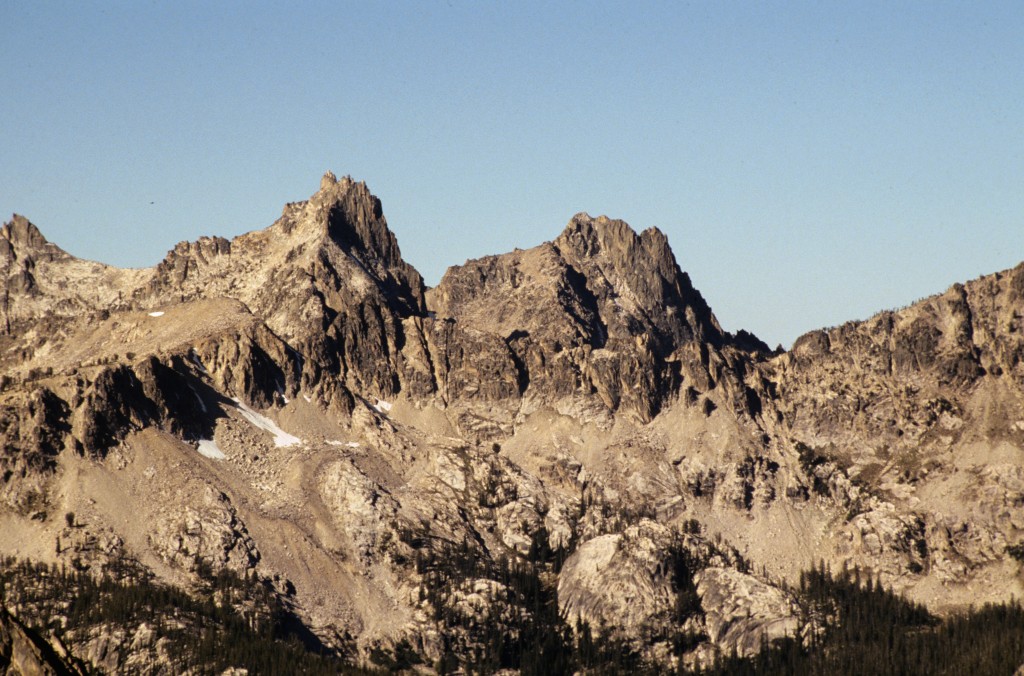 Packrat and Mayan Temple as viewed from Elephants Perch. 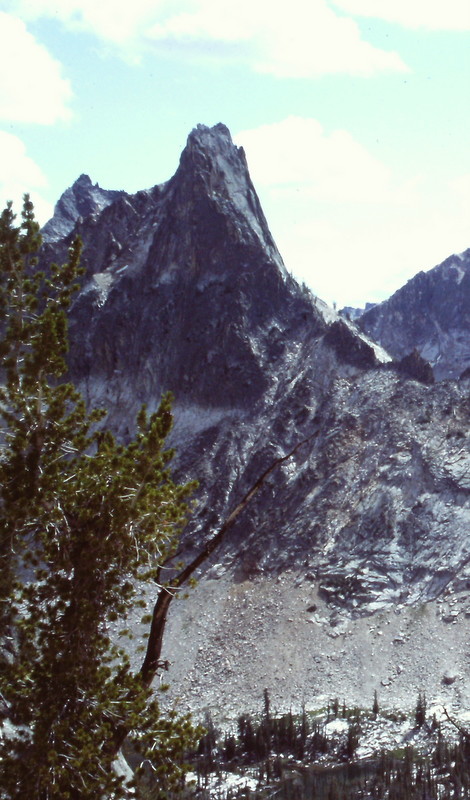 The Mayan Temple at its most spectacular as viewed from the col above Bead Lake.