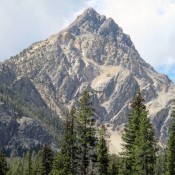 This peak is not in the book. Judi Steciak and Carl Hamke provided the following route information. See their article on the Missing Eleveners in the Climbing History Section.

W. A. McIntyre and O. J. Smith made the first ascent of record on July 11, 1964.  From Miriam Lake [(C)(3.1)(b) on Page 274], they “Came up the draw from inlet of lake, then along ridge from east to west.  Used rope twice along knife edge of ridge.”  They suggested the name “Merriam Peak,” but a summit in the White Cloud Mountains already bears that moniker. Class 4. USGS Elkhorn Creek 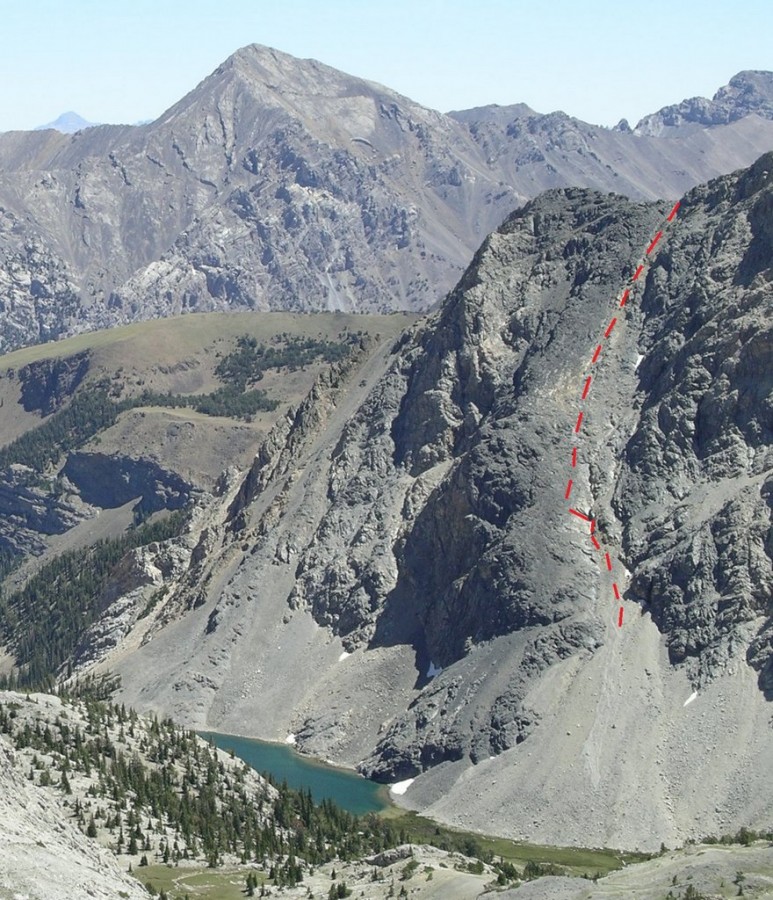 The Class 3 draw followed by W. A. McIntyre and O. J. Smith to reach the ridge crest of Merriam Lake Peak. In the far distance, Bell Mountain peeks over a shoulder of Mount Corruption. Steciak/Hamke Photo 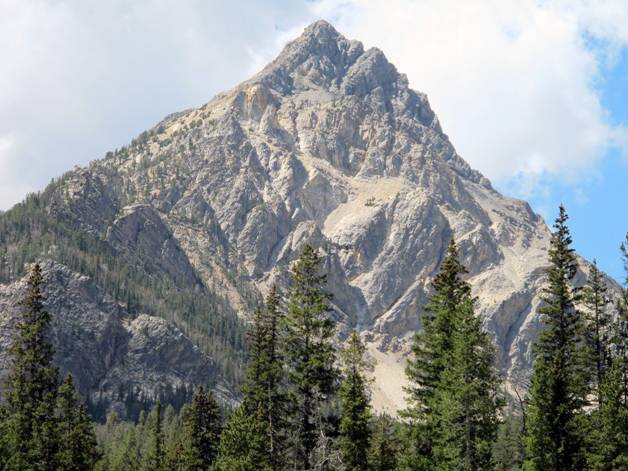 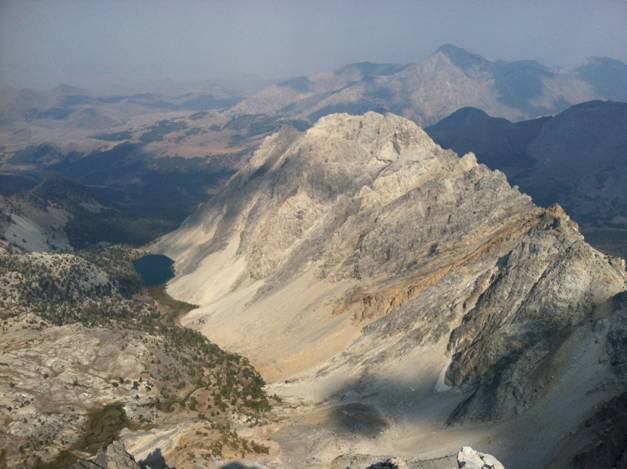