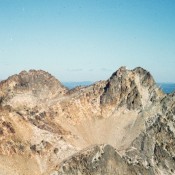 Climbing and access information for this peak is on Page 160 of the book.

Merritt Peak has is a big mountain if you take into account its lower southern summit, which can be considered a worthwhile goal independent of the true summit. Below I added photos showing the standard route up the peak. USGS Stanley Lake 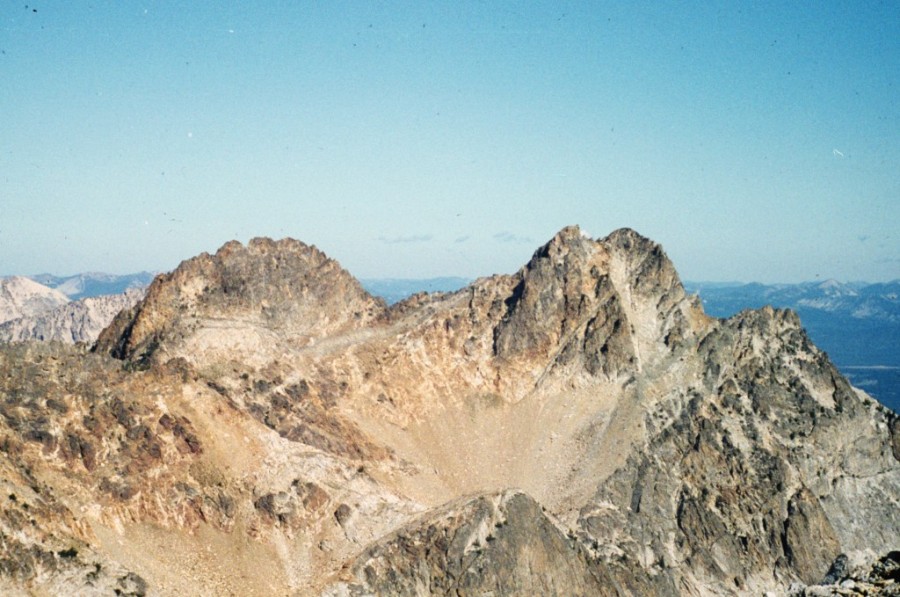 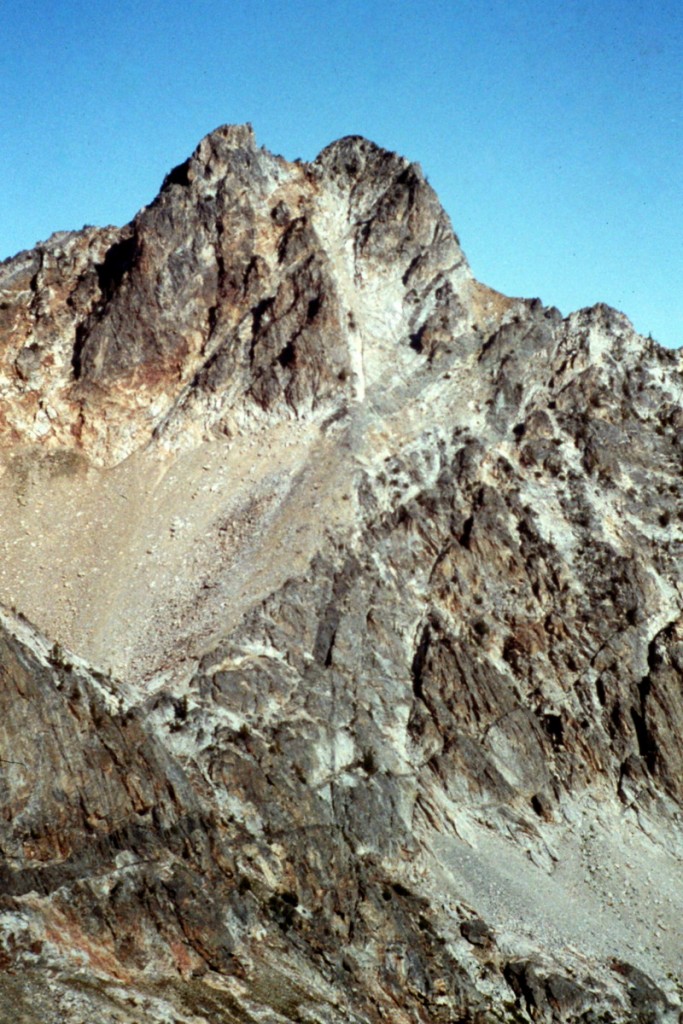 Merritt Peak as viewed from near Thompson Peak. 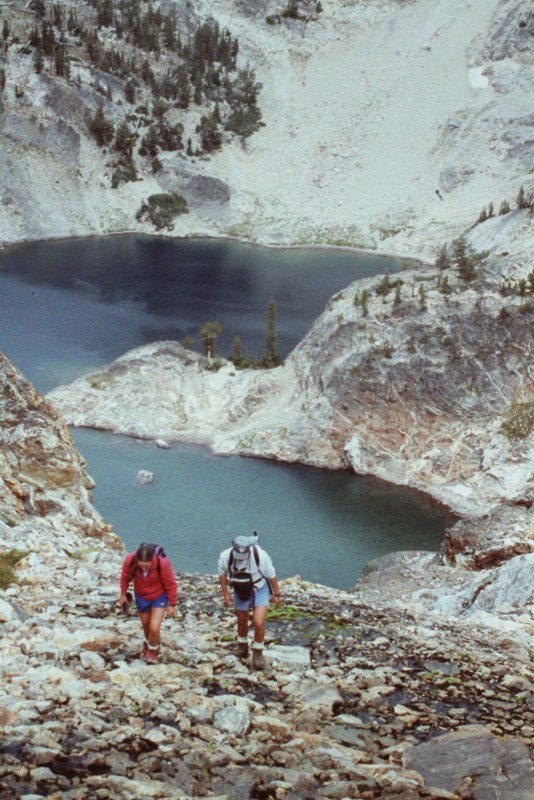 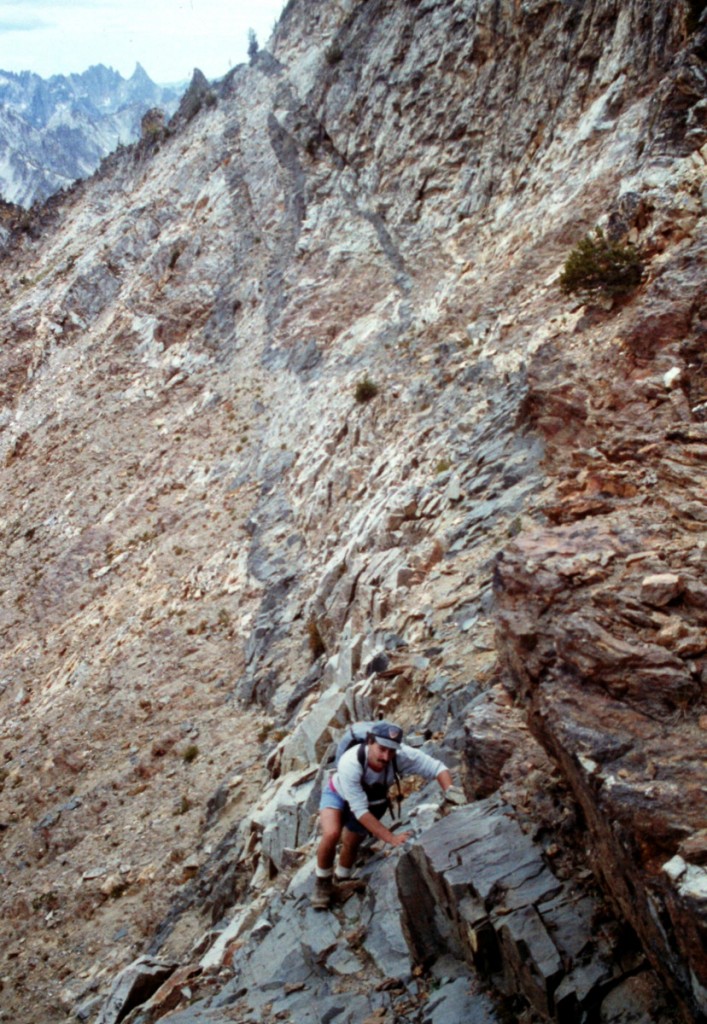 Traversing up to the saddle between the Main Summit and the South Summit. 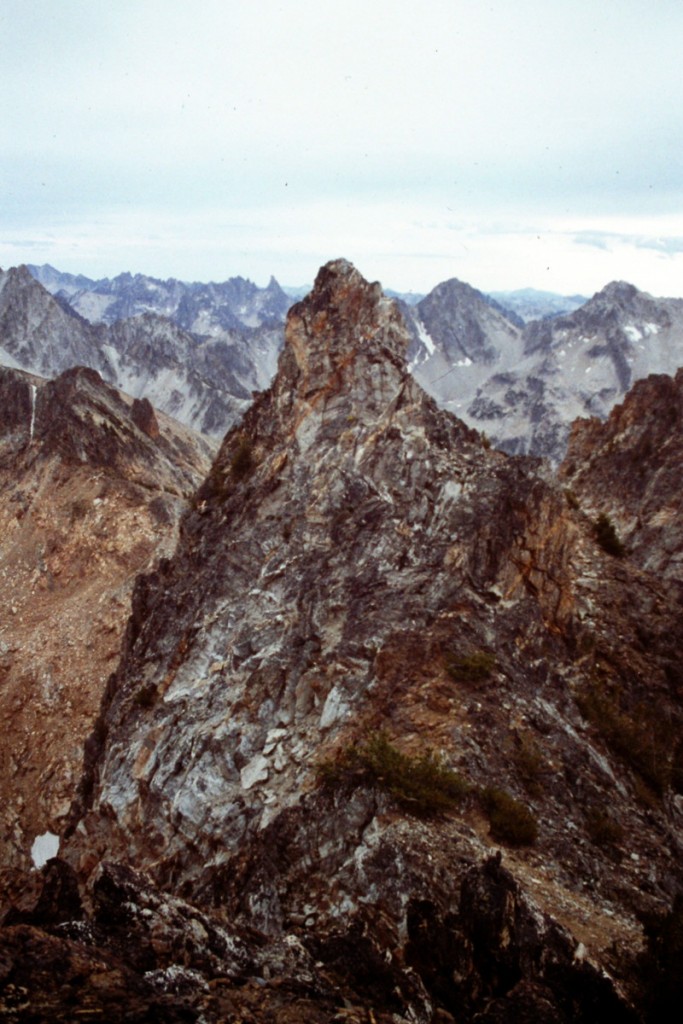 The summit of Merritt Peak as viewed from the south. 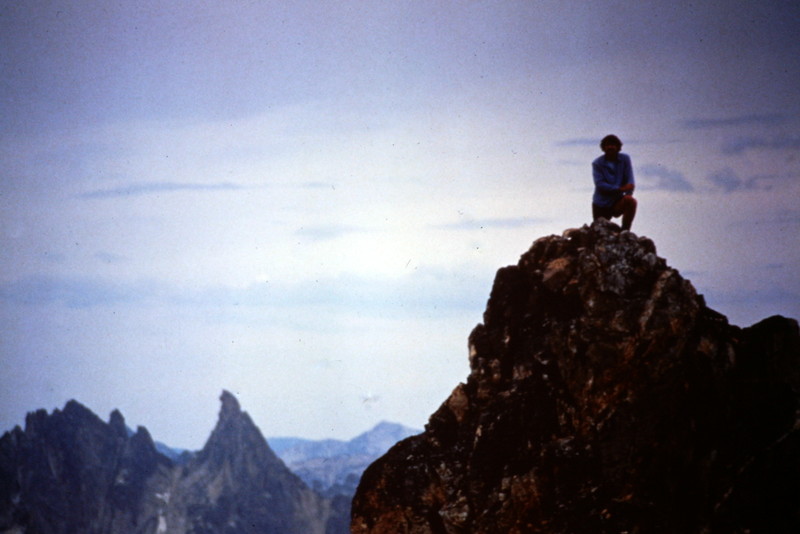 The highest point on Merritt Peak is an airy perch. Monte Verita and Warbonnet Peak are in the background. Basil Service Photo 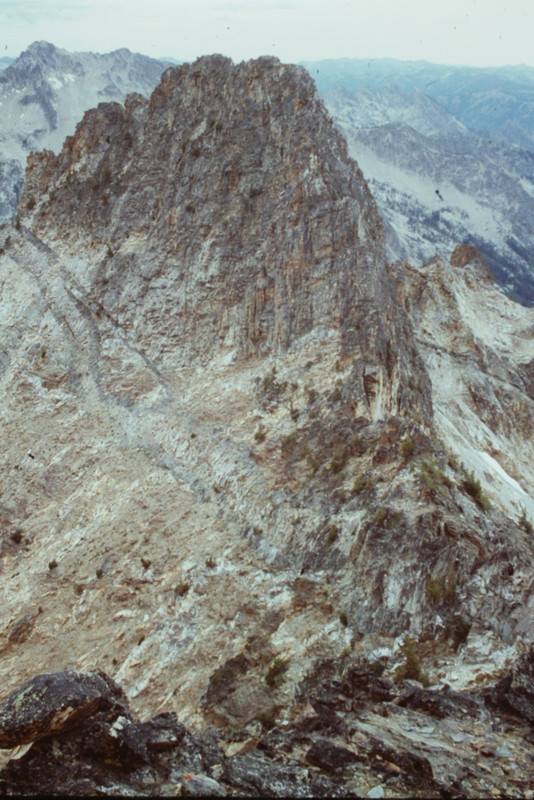 The lower South Summit as viewed from the Main Summit. 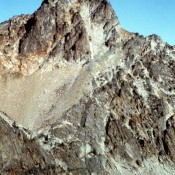 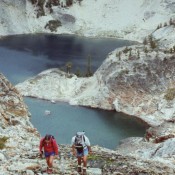 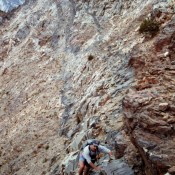 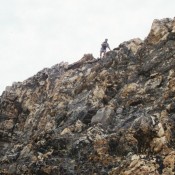 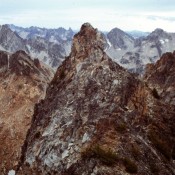 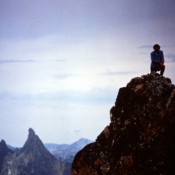