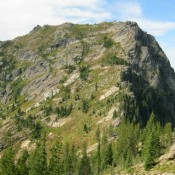 Climbing and access information for this peak is on Pages 63-64 of the book. The Moose Creek Butte area has been a mythical area from me ever since I learned about the area from Sheldon Bluestein 30 years ago. Mythical because of its Shangri-La type remoteness and reported beauty. A big thanks to Dan Saxton for providing the following report and photos which significantly update the information in the book. USGS Scurvy Mountain 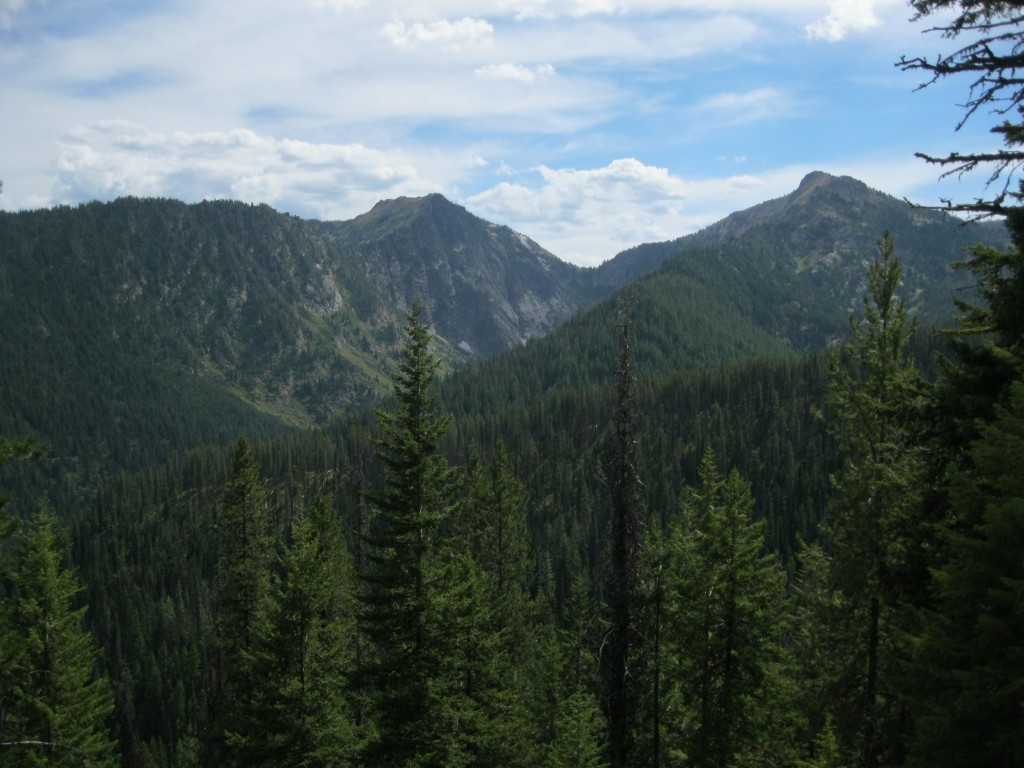 The Buttes as viewed from the Moose Creek Valley. Dan Saxton Photo 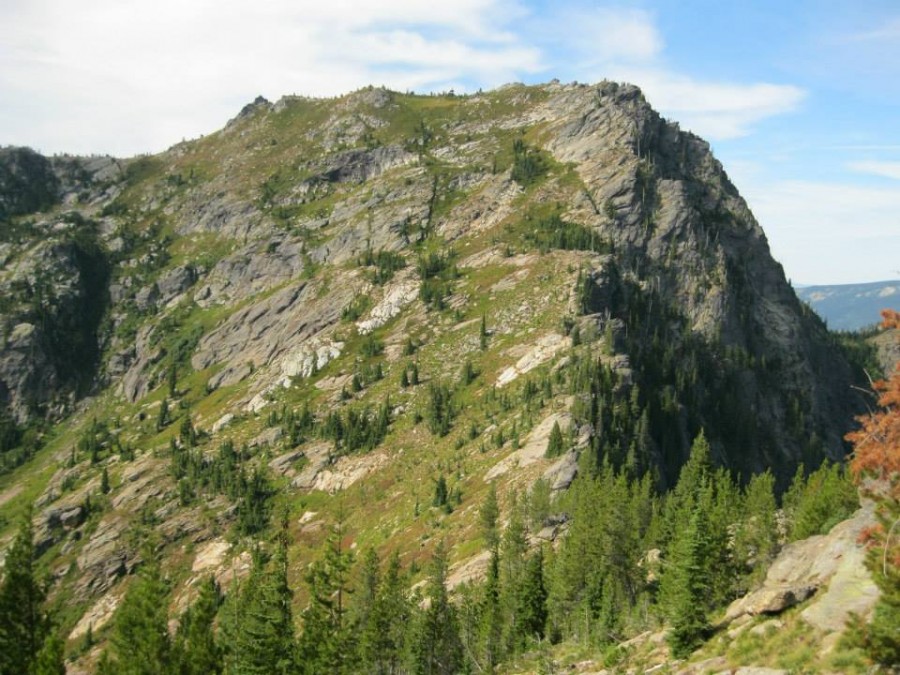 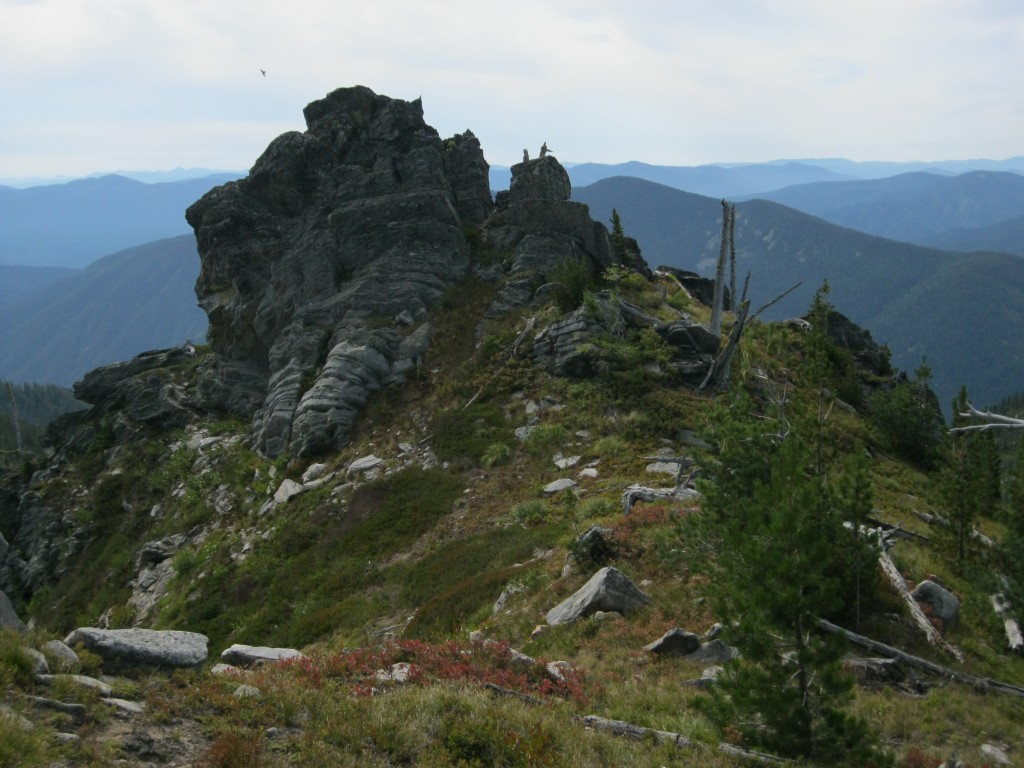 I climbed the Moose Creek Buttes from the Moose Creek drainage to the north where Road #5440 ends. It is pure bushwhacking up the North Ridge of Point 6415 with some sections brushier and some more open. The ridge of Point 6415 is sharp and needs to be side-hilled on the east side. Then it’s a straight shot up to the summit ridge of the Butte. A simple Class 3 move is required to reach the summit. There are no signs whatsoever of human impact. It’s a very remote summit. Excellent views! You really get a feel for the deep canyons and rugged country of northern Idaho on this peak.

I continued the day by traversing over to the other main peak (Peak 6924) and then went on the crest (relatively open walking, a small Class 3 section off the north side of Point 6745) all the way to Moose Mountain, where I took FST-690 down. The trail is OK high up but it becomes lost in brush on the way down. It’s definitely abandoned. I had to bushwhack down Moose Creek for a mile in heavy brush and grasses.

Please note that due to new mining interests at the end of the Moose Creek Road #5440, starting there is not recommended anymore. Either begin from Deadwood Ridge if you want to do the full traverse of all the peaks (very scenic) or just brave the brushy open south slopes from Kelly Creek, though that way is probably more humdrum. 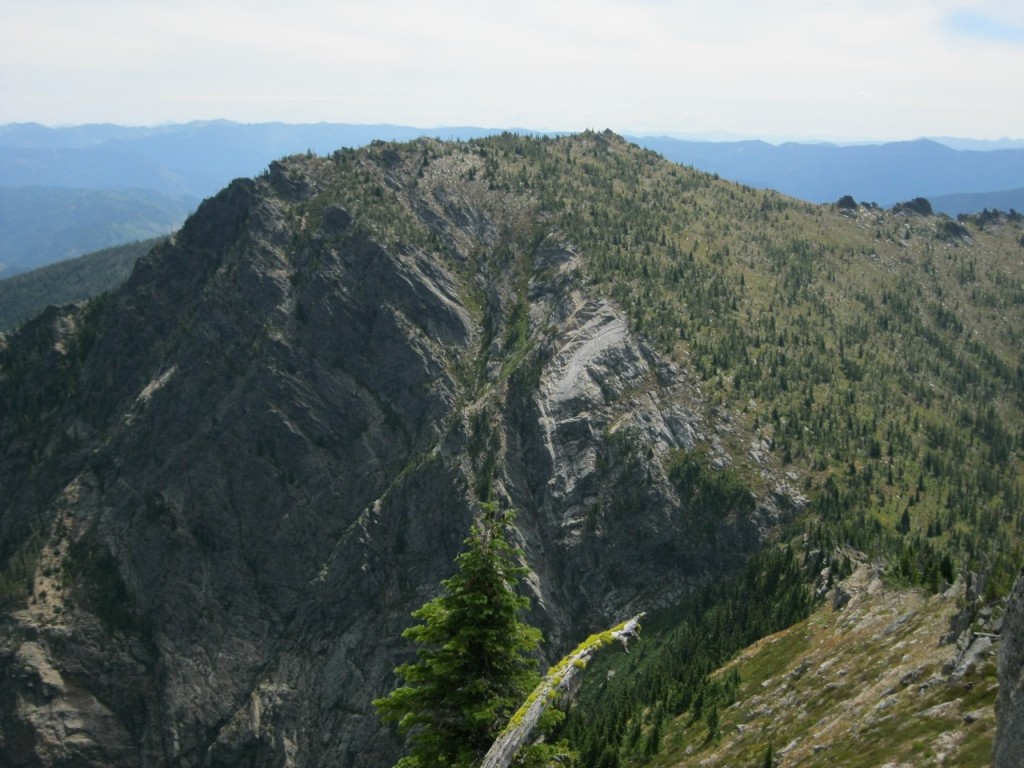 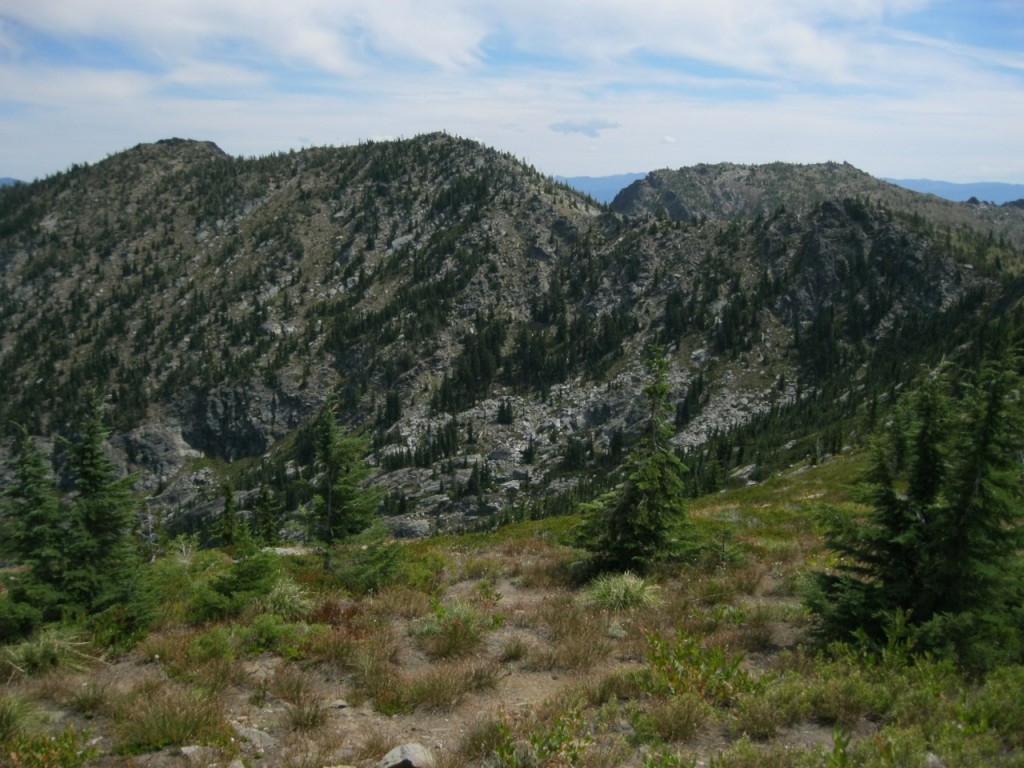 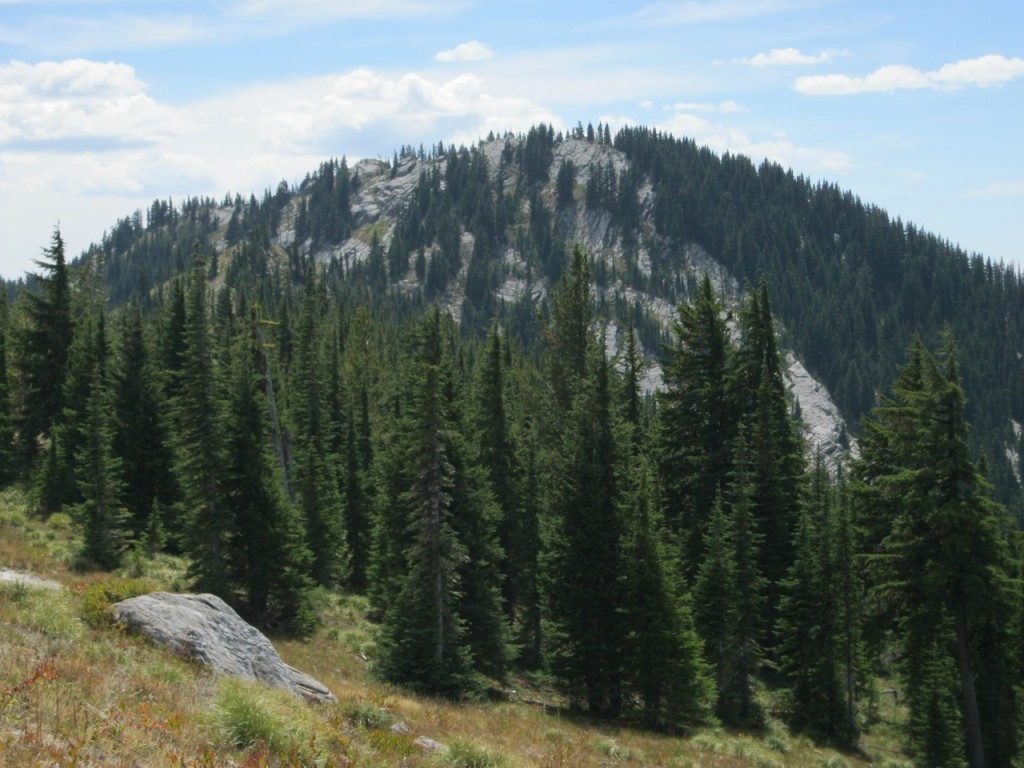 Point 6745 as viewed from the ridge line to Moose Mountain.