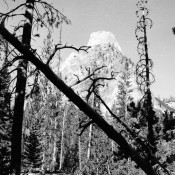 Climbing and access information for this peak is on Page 164 of the book. Updated September 2019

A subsidiary ridge running east from the main crest north of Fishhook Creek contains 4 formations that were first explored and climbed by the Iowa Mountaineers. From east to west, these formations are Mount Bush, Mount Bruce, Harriets Pinnacle and Schwartz Pinnacle.  From 1948 until the mid-1970s, Mount Bush was a serious destination for technical climbers. I have not heard of any recent climbing activity on this fine granite summit. USGS Stanley Lake 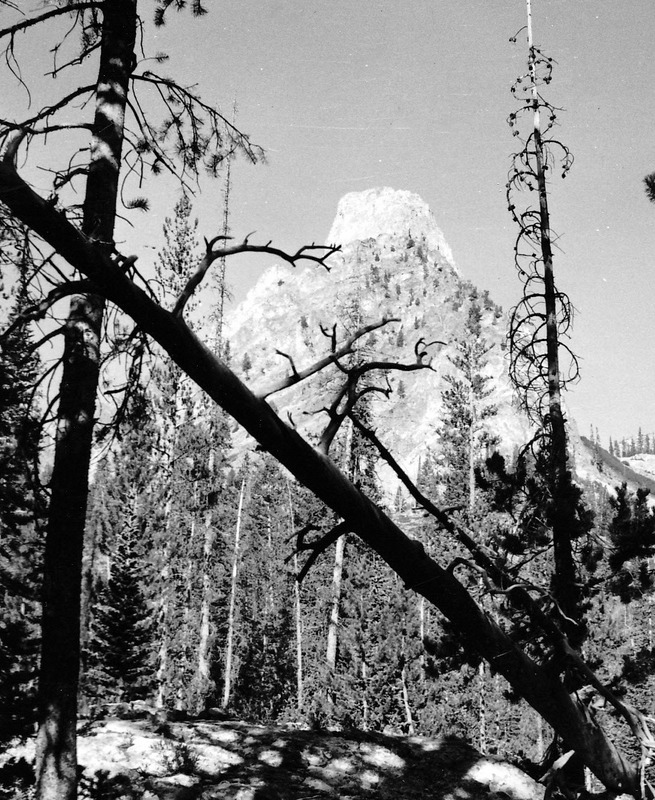 Mount Bush as viewed from the west. Evilio Echevarria Photo 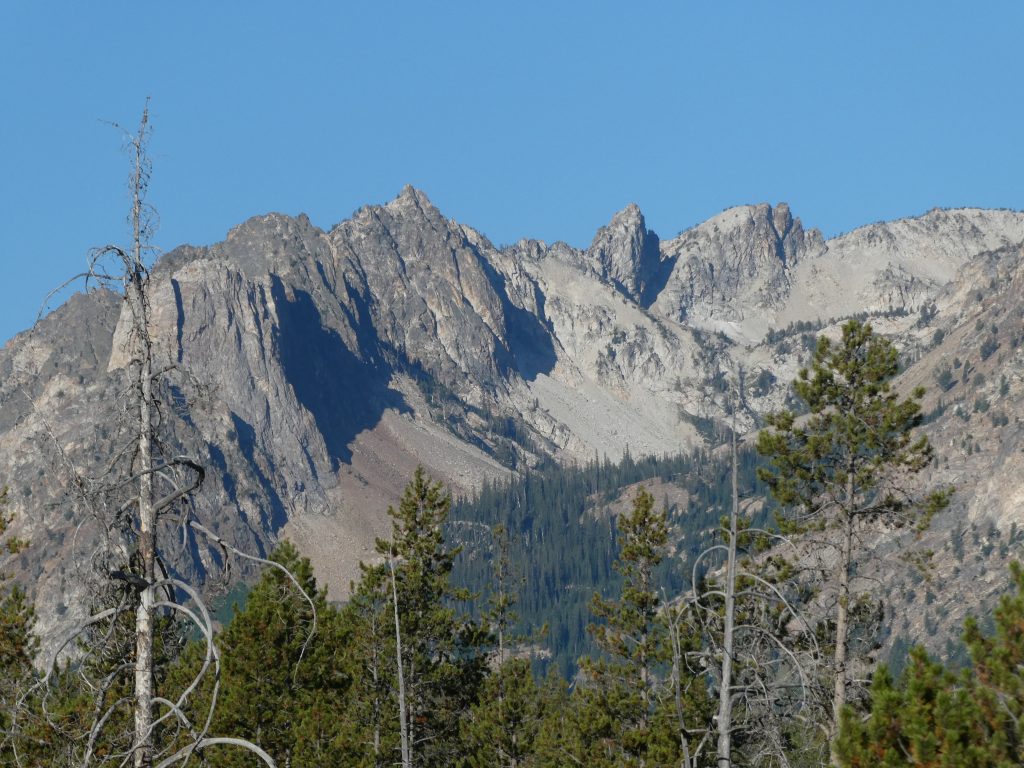 The Iowa Mountaineers’ Ridge (as viewed from Redfish Lake) begins with Mount Bush on the left. 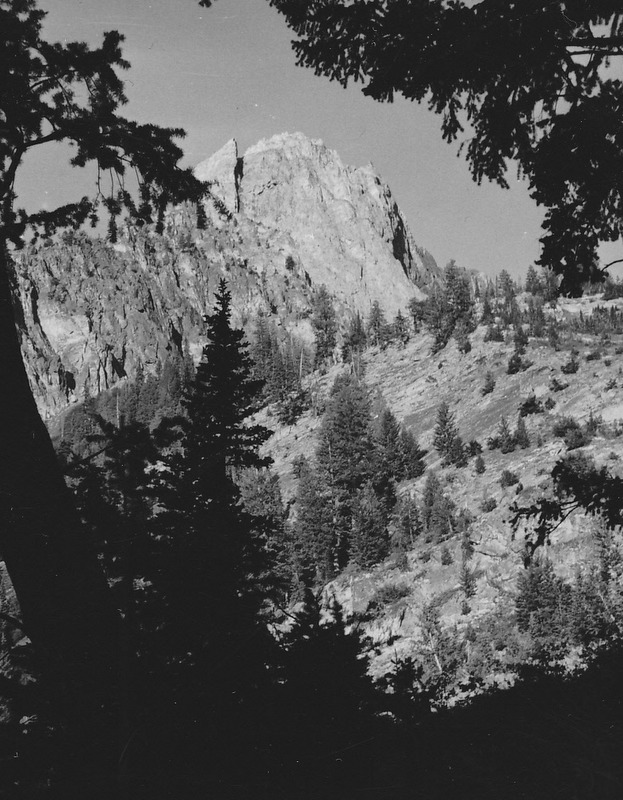 Mount Bush as viewed from the northeast. Evilio Echevarria Photo 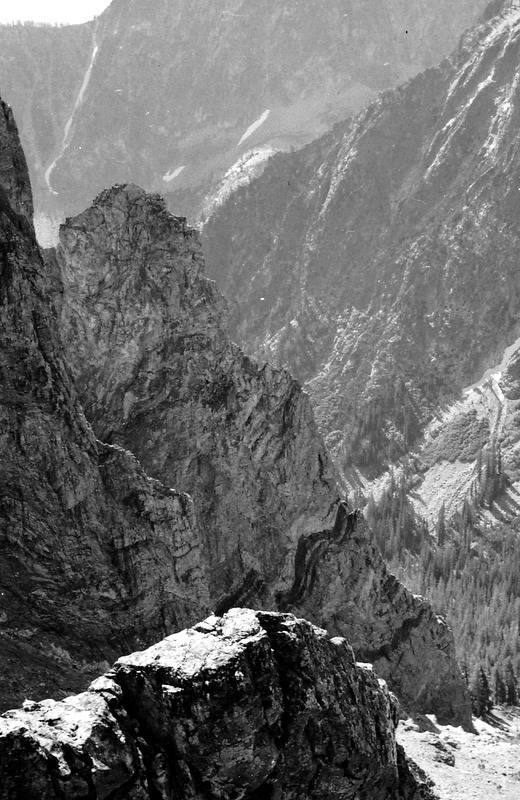 This shot was taken looking north from the summit ridge of Mount Bush during a solo attempt on the peak. Evilio Echevarria Photo