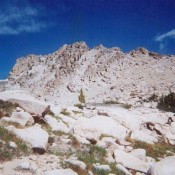 Climbing and access information for this peak is found on 185..

A variety of scrambling routes lead up the face to the summit block. Depending on the route used to reach the hard granite on the peak’s upper slopes you will have one to three pitches of moderate Class 5 climbing. I climbed this peak in 2000 with Brian and Karen Wright. 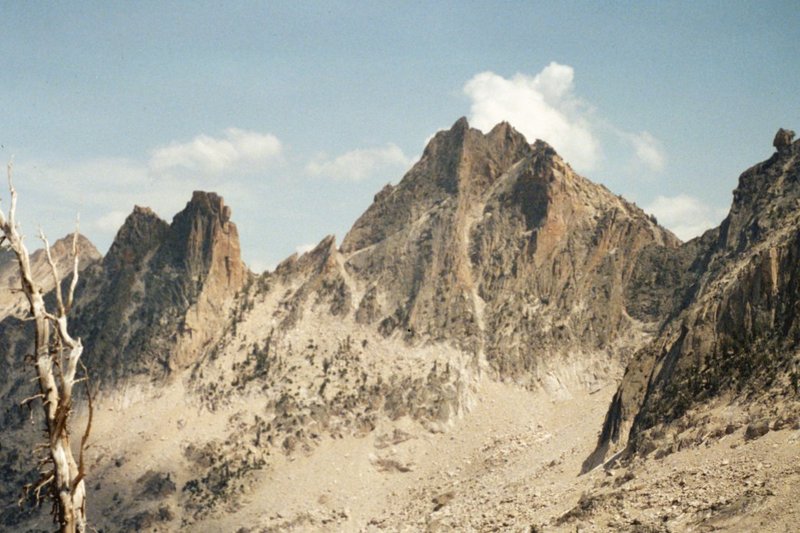 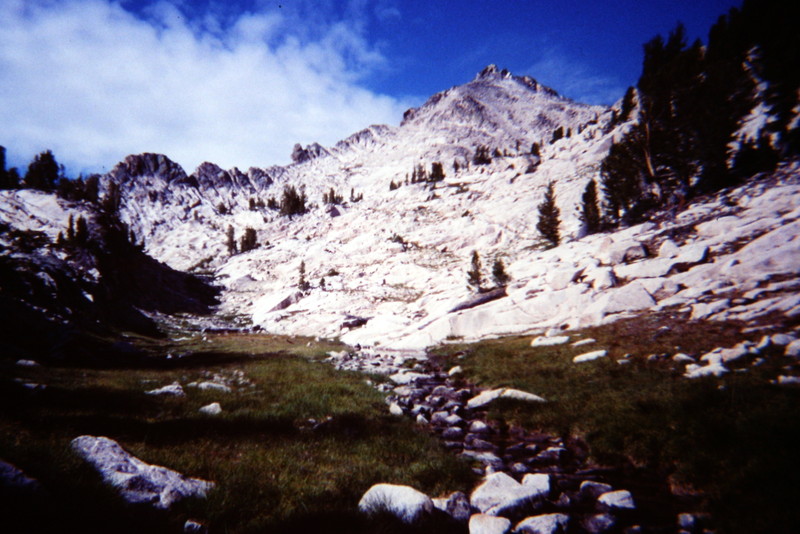 The trailless approach from to Mount Sevy skirts the south side of the Finger of Fate and then climbs up this beautiful drainage to the base of the peak. 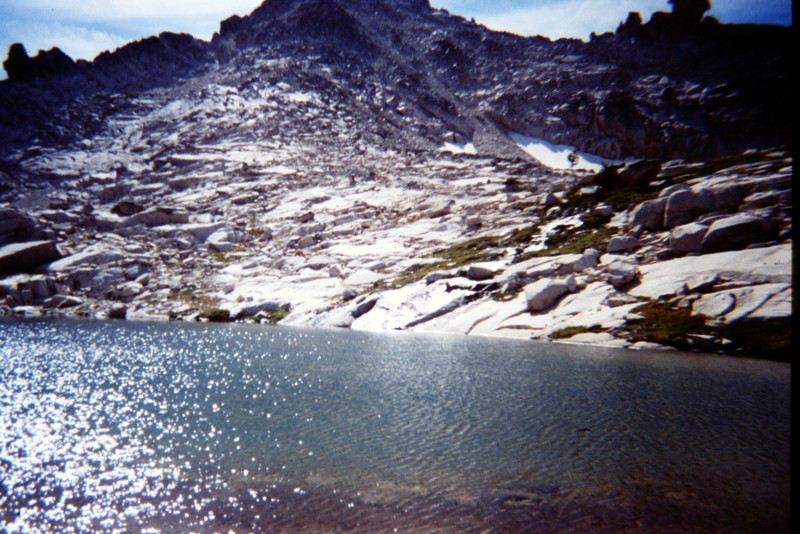 Water is every where and there some great places to camp. 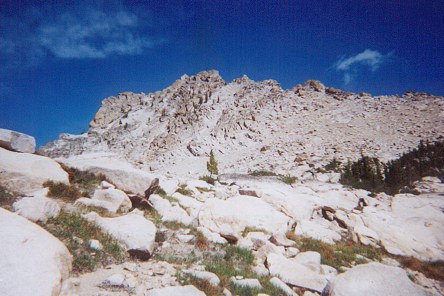 This photo shows the south face of Mount Sevy. The summit block is on the left side of the high point. 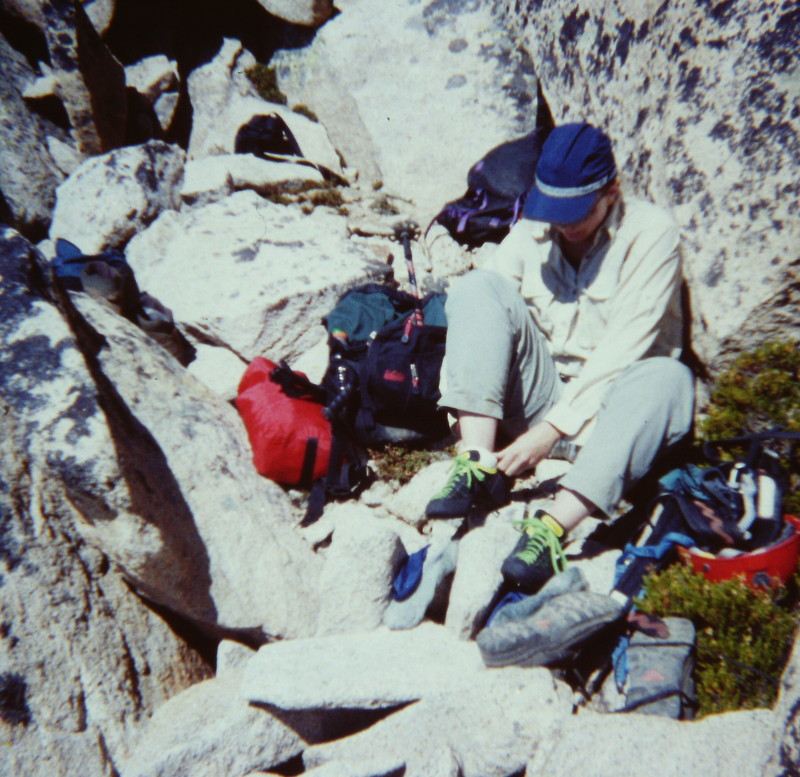 Karen Wright getting ready to climb. Only the last portion of the climb involves technical climbing. 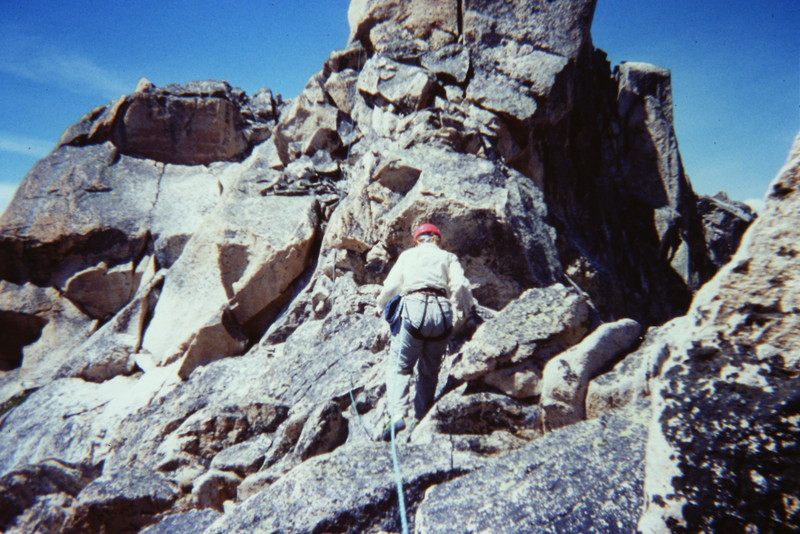 Moving toward the summit block. 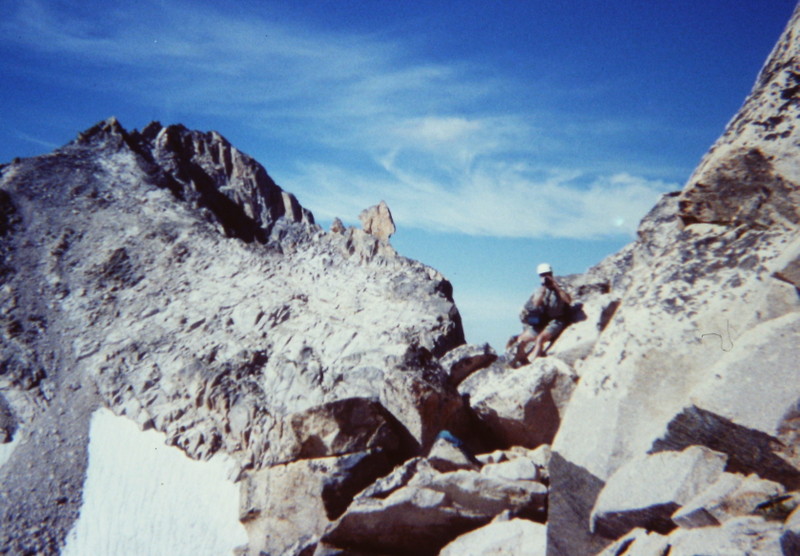 The Arrowhead in the background. 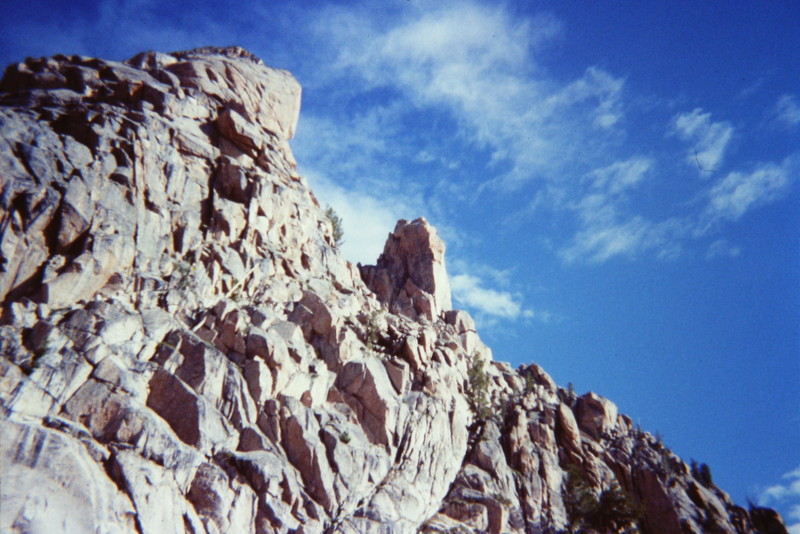 The peak’s granite is mostly clean. 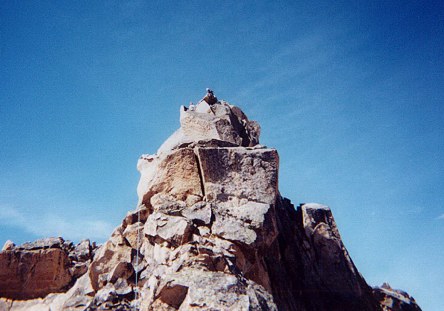 The block looks harder to climb than it is. 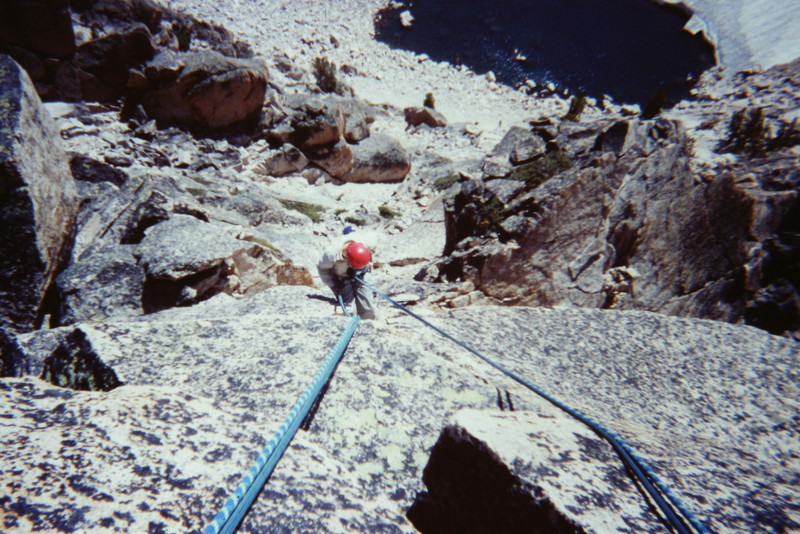 Rappelling down the ridge. 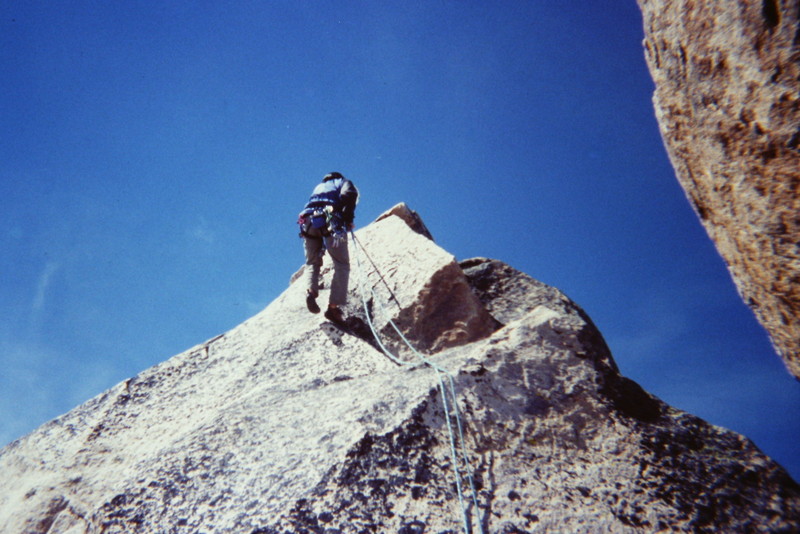 Judi Steciak provided the following input: We climbed Sevy back in 1998, another Kodachrome Era trip. I made a note on my peak list that we were the first party in three years to sign the summit register. This is another trip that I don’t remember many specifics about. We did a few pitches roped sharing leads and rappelled off the summit. I do recall that the summit was tiny and pointed, and that the technical crux was traversing over onto it. The summit register also gave a 5.6 rating, which was harder than that published. 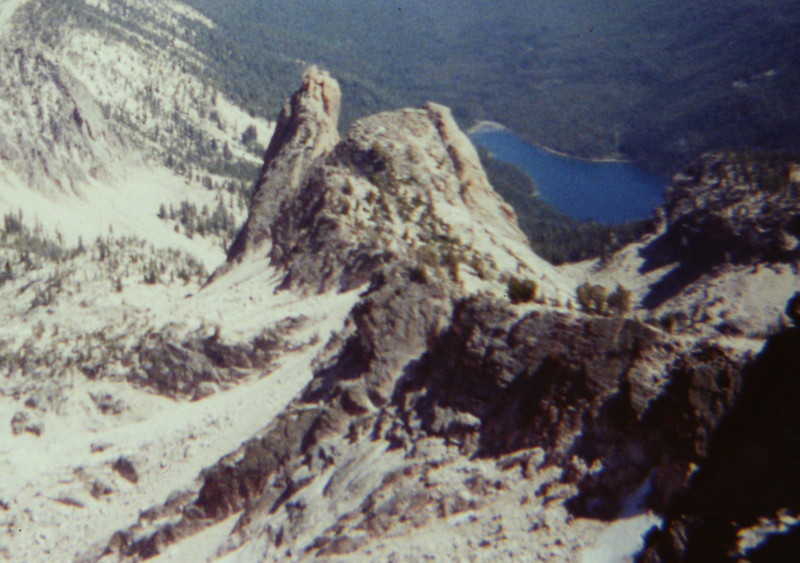 The Finger of Fate from the Sevy Summit. 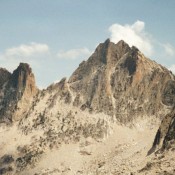 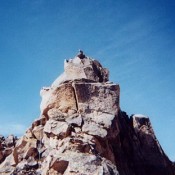 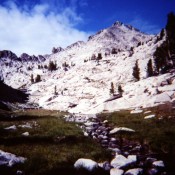 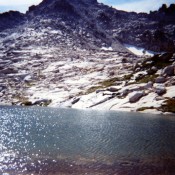 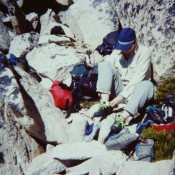 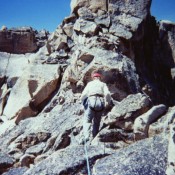 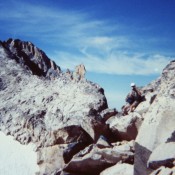 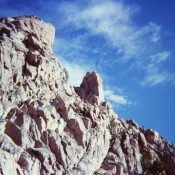 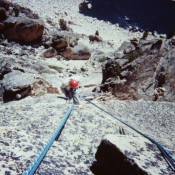 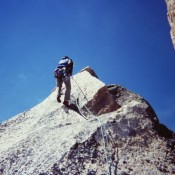