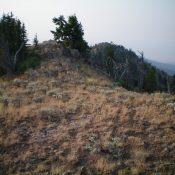 This peak is not in the book. Updated November 2020 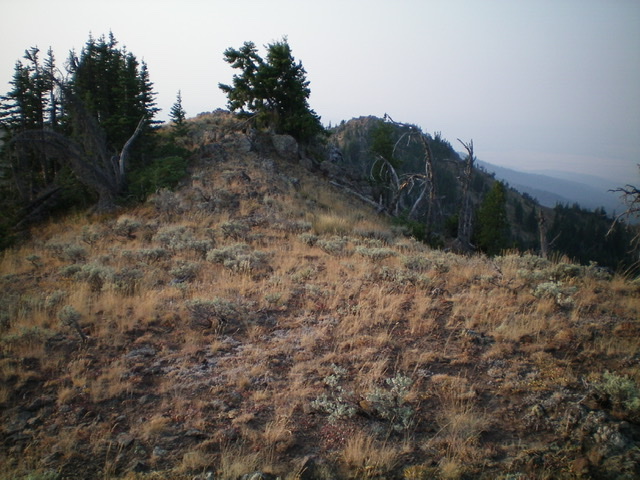 Meadow Creek Road/FSR-060 is located along US-20 at the southeast corner of Henrys Lake. The signed junction is on the right/east side of US-20 exactly 0.9 miles north of the turnoff for Red Rock Road. From US-20, turn east onto Meadow Creek Road. Reset your odometer here. At 0.8 miles, go straight onto weaker, unsigned FSR-061/Mount Two Top Road. At 0.9 miles, the road bends sharply left/north at an unsigned junction (there are many dispersed campsites here). At 2.3 miles, go right/east at an unsigned junction to remain on Mount Two Top Road. At 4.0 miles, park in a pullout on the right/south side of the road (7,100 feet). This parking spot is optimal for a two-peak day that includes both Mount Two Top and Peak 7793. 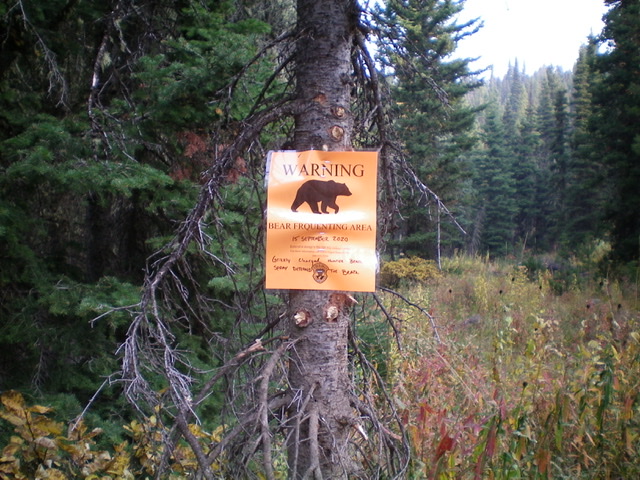 Grizzlies roam the Twin Creek drainage at the base of the west ridge of Mount Two Top. Be alert and carry bear spray. Livingston Douglas Photo

From the parking pullout, hike about a mile up Mount Two Top Road to reach the base of the west ridge of Mount Two Top. There are multiple gullies and shoulders/ridges that the road crosses, so it isn’t simple to find this spot, particularly given that the entire area is thickly forested. You may want to use a GPS to be sure that you have reached the correct ridge. The west ridge is initially more of a face than a well-defined ridge.

Leave the road and bushwhack east up through a somewhat thick pine forest to reach open grass/scrub pretty quickly. Angle right-ish/southeast to remain in open terrain and stay to the right/south of the pine forest higher up. The west ridge now has definition and is easy to follow. As the USGS topo map shows, the ridge crest and its south side are in open terrain as compared to the forested north side of the ridge crest. The ridge crest has a few minor rocky outcrops but nothing to be concerned about.

A double benefit (no pun intended) is that THIS ridge leads directly to the north summit, the true summit of Mount Two Top. As you ascend the ridge, you will see the south summit to the right and you might just think that IT is the true summit but, alas, it is NOT. Ignore it. As you approach the summit, the ridge steepens and includes boulders and brush. Just work your way up through it onto the summit ridge and go left/north a short distance to reach the high point.

The high point has three USGS benchmarks in separate ground boulders. The summit area is a mix of scrub/grass and boulders. There is no summit cairn. Retrace your route back to Mount Two Top Road at or slightly north of where you left it. This concludes the first leg of today’s two-peak journey. Peak 7793 is up next. 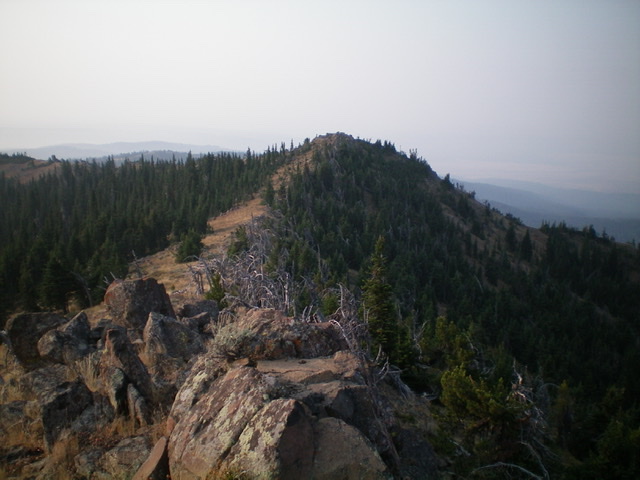 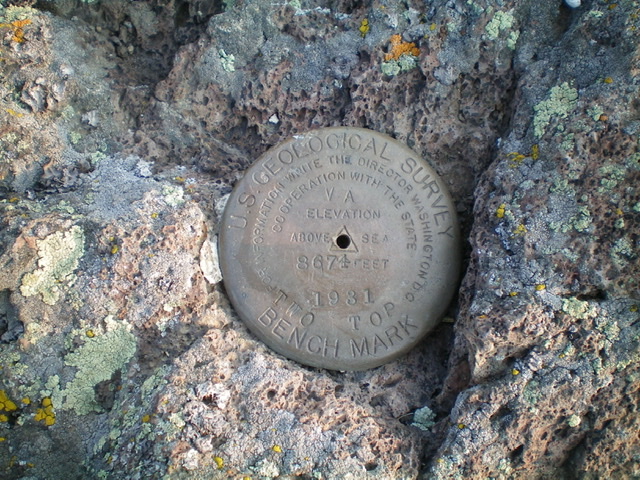 The USGS benchmark atop Mount Two Top. There are two more nearby. Livingston Douglas Photo 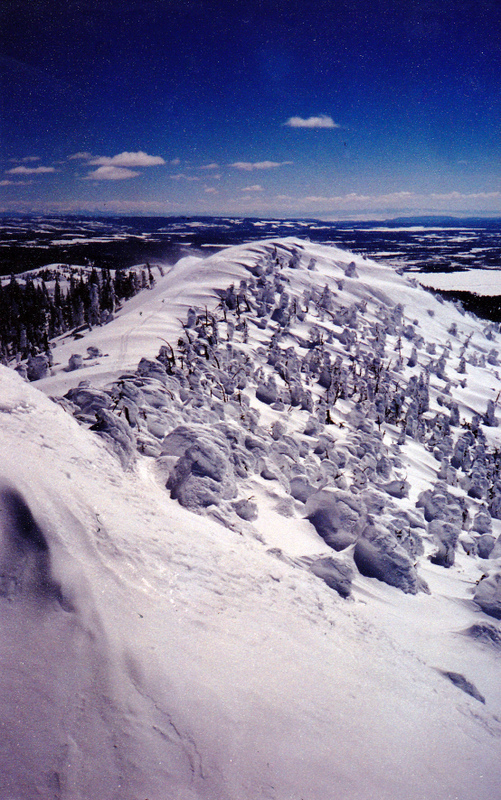 Rick Baugher writes that this peak is “One of Island Park, Idaho’s most popular mountains. It is a coveted Winter destination for snowmachiner and skier alike. From the summit, the view is south where the famous snow ghosts of Two Top can be seen.” Rick Baugher Photo