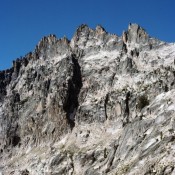 Climbing and access information for this peak is on Pages 197-198 of the book.

This peak is named after Robert and Miriam Underhill who did many first ascents in the range. USGS Warbonnet Peak 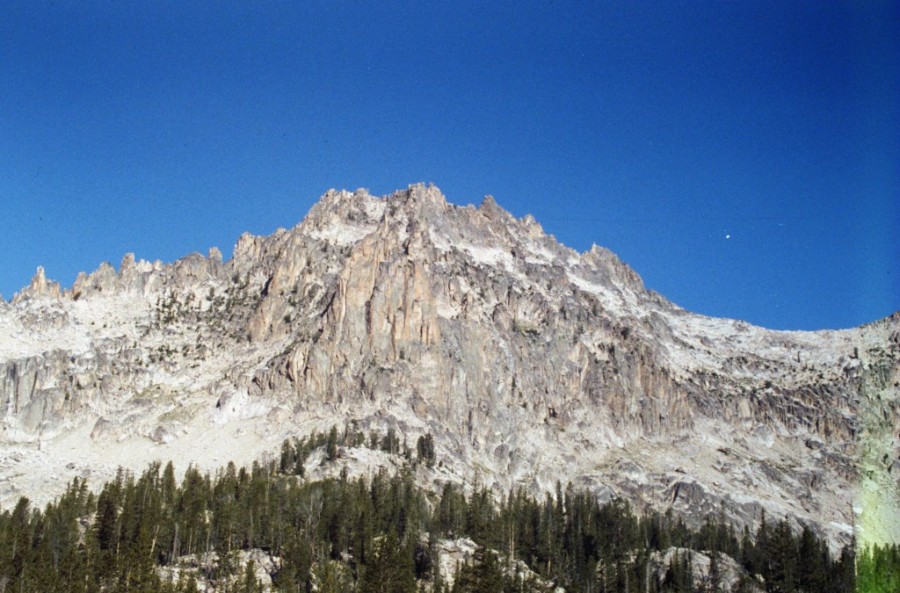 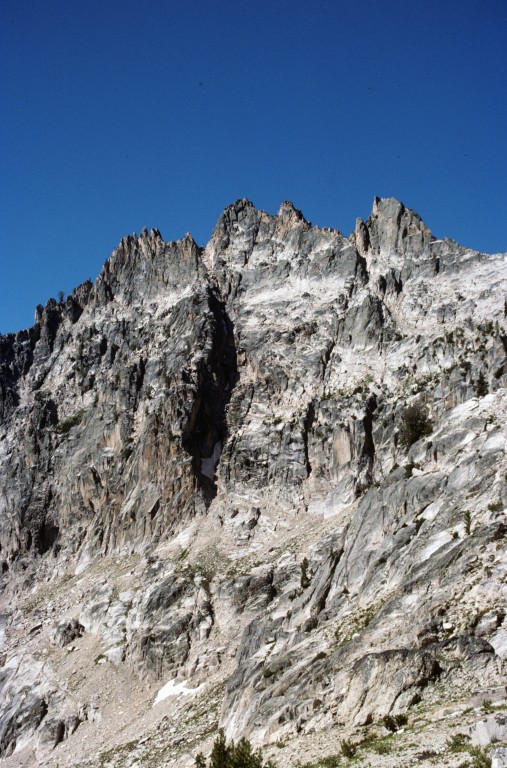 The North Face of Mount Underhill. The Mazama Couloir is the dark, shadow-filled indentation running up the center of the photo. 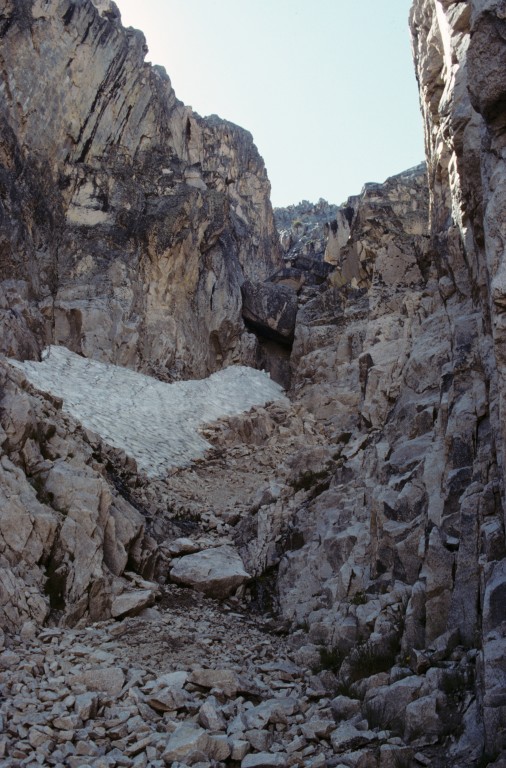 Inside the Mazama Couloir. 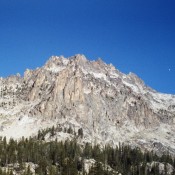 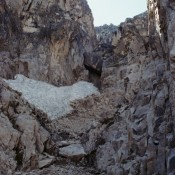