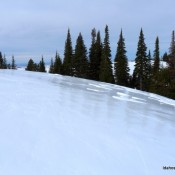 Mountain View Peak is the high point on Buckskin Ridge. It can easily be reached via Buckskin Road/FSR-617 if you have a high-clearance, 4WD vehicle. There are a series of major watery mudholes on this road making it difficult to even hike it! USGS Pike Mountain 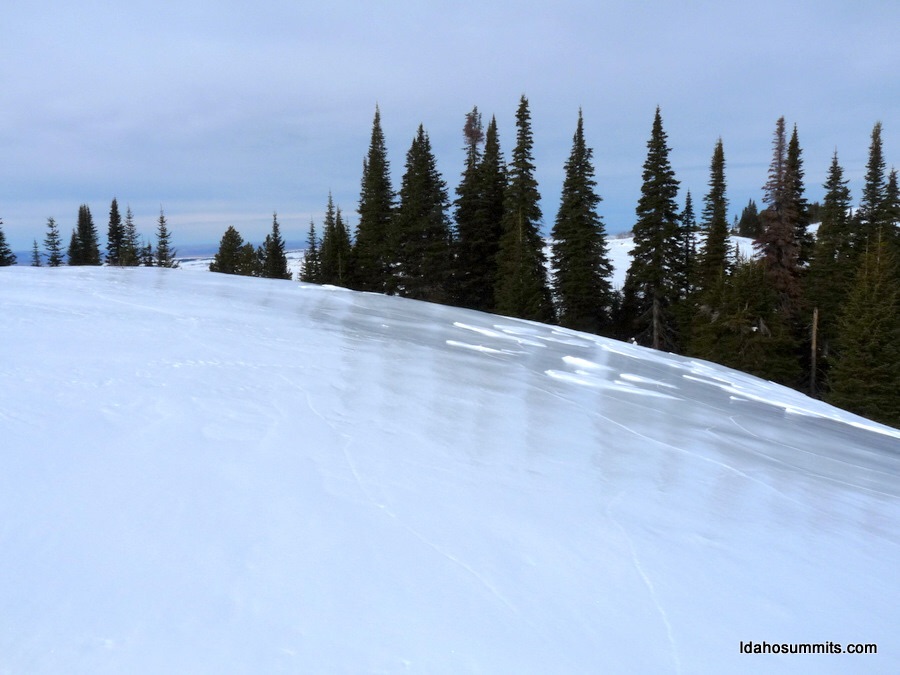 This route is mostly a road hike with a bit of easy, Class 2 scrambling along the north ridge at its finish to reach the summit. Hike up Buckskin Road, circumventing a few large watery mudholes by skirting the road in the thick sagebrush alongside the road. About 1-1/4 miles up the road, you will reach a junction with FST-237B (signed). To climb the north ridge, continue straight on FSR-617. To climb the south ridge, go left onto FST-237B.

Continue trudging along rocky, muddy FSR-617 through a section of thick forest on the east side of Mountain View Peak. After the road climbs leftward back up to the ridge crest (in open terrain), leave the road and scramble south along the ridge crest through somewhat tedious scrub/sagebrush and ground talus/boulders to reach the rather unimpressive high point of Mountain View Peak. You will find an old cattle fence on the ridge crest for most of this scramble. The summit has some signs of surveyors but no visible USGS benchmark on the highest point or anywhere nearby. There is a torn-down cairn on the high point and a larger cairn just to the south.

Same as for the north ridge

From the summit, look for a relatively open patch on the west face of the summit area to quickly make your way down to FST-237B. You will have to work through some brush and aspens and cross a cattle fence to reach the road. Once on the road, follow it south, soon crossing a stiff, difficult cattle fence to remain on the road. I hope you have long legs and are of the female gender to accomplish this tricky task. Follow the road south back to its junction with Buckskin Road/FSR-617. Hike south along Buckskin Road back to its junction with FSR-500. There is so little off-trail work involved on this hike that I classify it as Class 1.