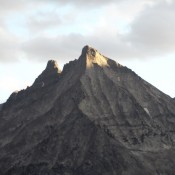 This point is not in the book. It is the rugged [lower] summit of Howard Peak and was not included in the book since no one had reported climbing it last century. Since 2000, a number of fine technical routes have been climbed on the peak. Use the link below to read Dylan Fadgen’s trip report on the Broken Arrow Arete. The peak’s southwest slopes are Class 2. Finally, the Southwest Slope route can be used to climb Howard Peak. See the Howard Peak page for the details. Updated August 2020

Mustang Peak is a remote point on Howard Peak in the Pioneer Mountains. It is worth a visit because of the technical challenges it offers. Pat McGrane’s Wildhorse Classics Guide is the ultimate reference for technical routes on this peak. John Platt’s trip report will also give you some insight into this complicated summit. USGS Standhope Peak 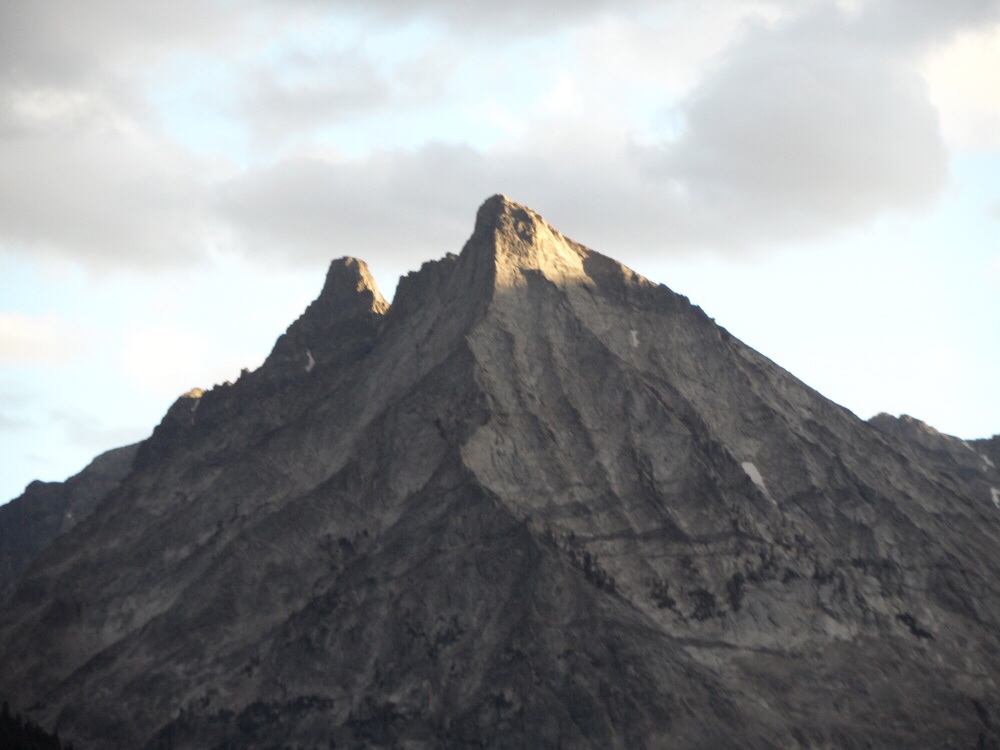 Via Wildhorse Canyon Road/FSR-138. Either park at the Wildhorse Campground (7,320 feet) and hike, or drive up the 4WD road approximately 3-1/4 miles to its end at a large parking area (7,860 feet). The 4WD road is gated and closed to motor vehicles beyond this point.

Hike up Wildhorse Creek toward Arrowhead Lake until you at the base of the peak’s southwest slopes. Climb up these slopes northeast to the summit.stang 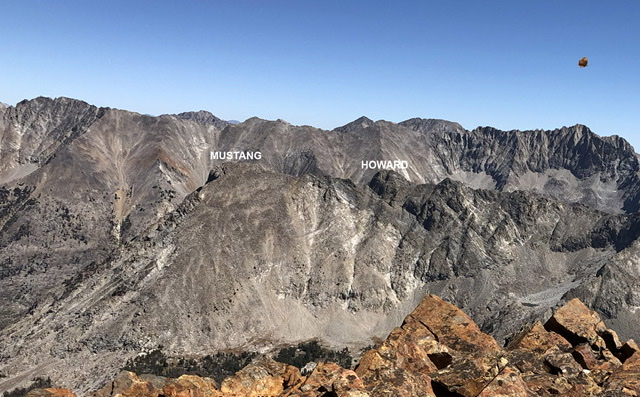 Mustang and Howard, taken from Old Hyndman saddle. The southwest slopes are on the left side of the photo. Derek Percoski Photo 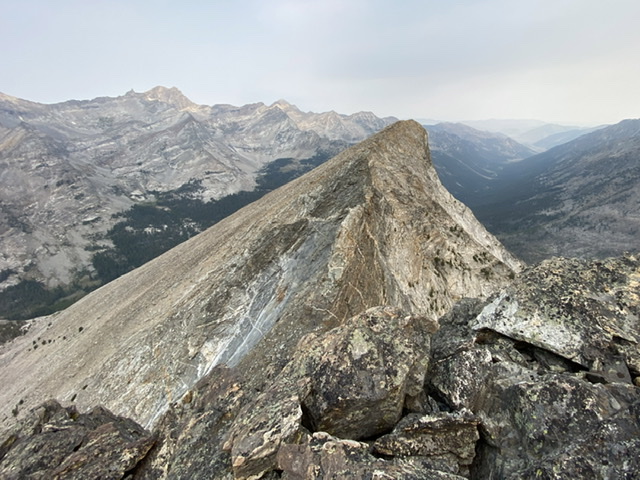 The summit of Mustang viewed from Howard. Derek Percoski Photo

Use the link below to read about this route. 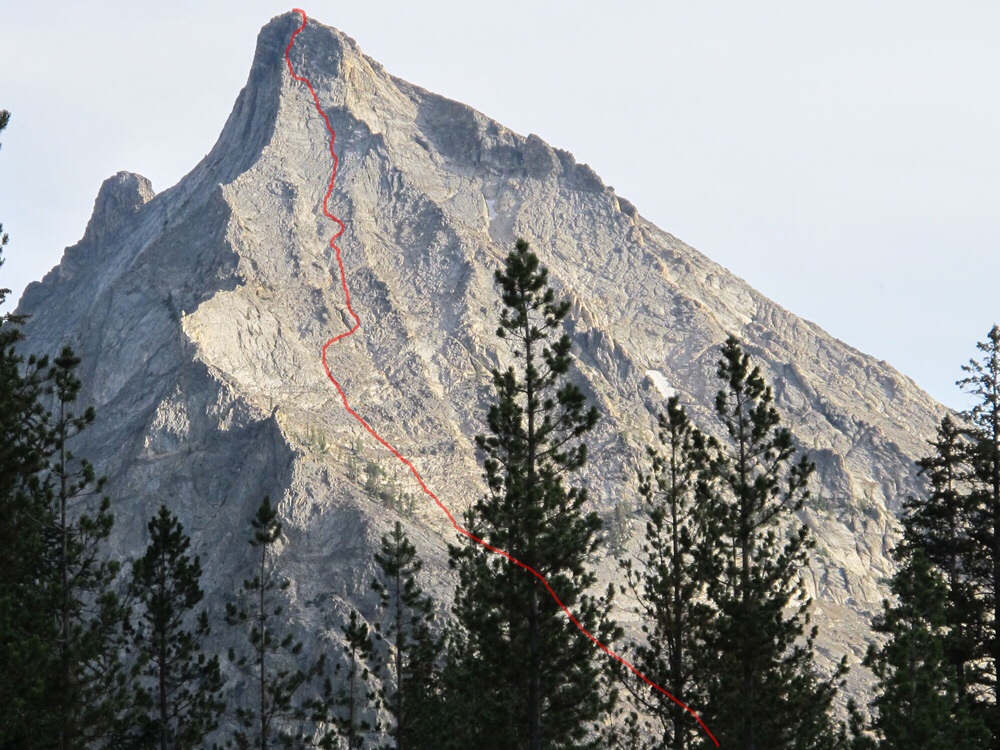 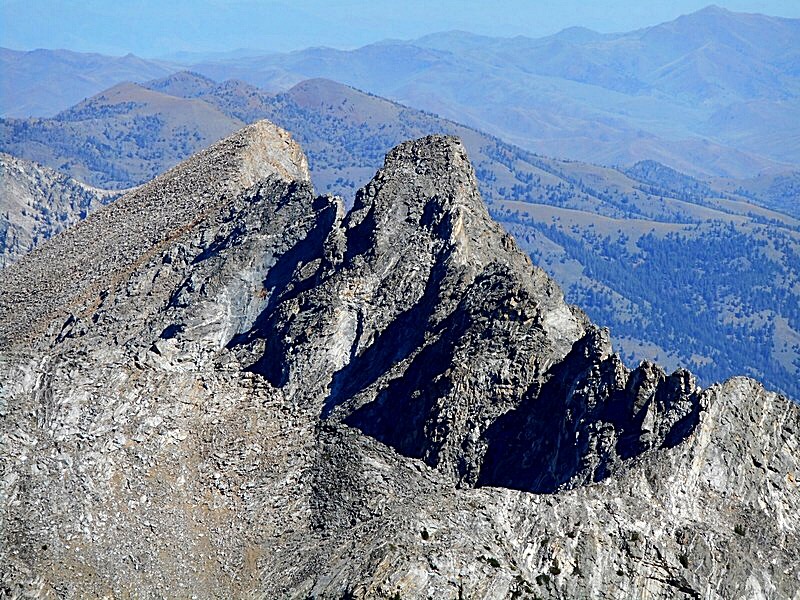