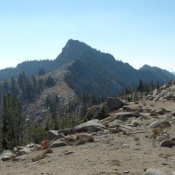 Climbing and access information for this peak is on Pages 113-114 of the book.

Nick Peak has been on my list forever but I only tried it once in 1989 and was turned back by deep, soft snow a long way from the peak. It is one of the most remote Idaho p2k summits. John Platt has climbed the peak twice. John has rated the climb as easy Class 4 as opposed to the book’s Class 3 rating. Check out his trip reports. Make sure you also check out the link to John’s 2005 climb. On the other hand, Ken Jones has rated the climb as Class 2. His trip report is set out below. USGS Fitsum Peak 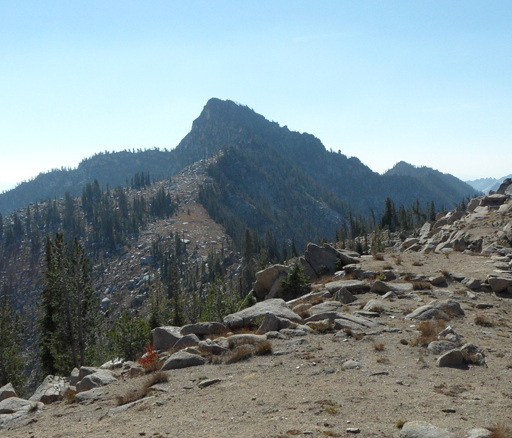 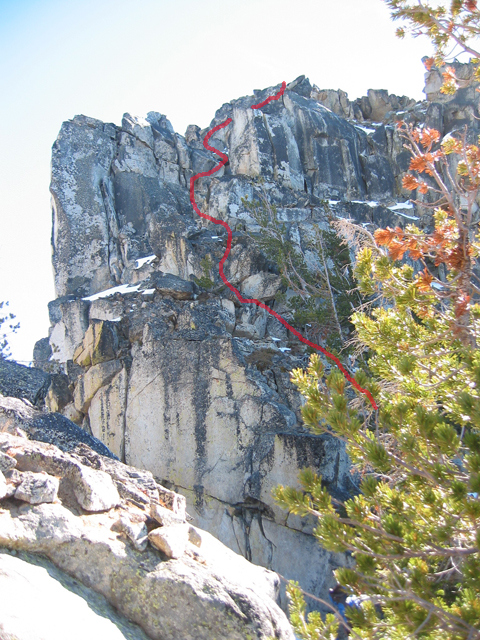 From McCall, Idaho, I drove out east past Little Payette Lake and headed toward Lick Creek Summit. I first checked the mapped trailhead in the Lake Fork Campground, but it was posted “No Parking” and the trail appears to have been closed. That said, I did meet some hikers later who’d gone that way. I continued north toward Lick Creek Summit another mile or so to where the road crosses the creek on a bridge near mapped BM 5419, and turned south on the east side of the bridge to the trailhead.

I backpacked on good trail, which has been rerouted higher than it is mapped in Section 2, around to the East Fork of Lake Creek and followed the good trail to the meadow opposite Idler Creek. Be careful to this point – the trail seems to get more mountain bike traffic than I would have expected.

In the meadow across from Idler Creek (NW corner of Section 31), the mapped trail junction was not clear on the ground. The trail up Idler Creek gets minimal maintenance, if any. However, I spotted a post for a sign (without any sign) in the meadow and headed down to the creek. There were some cairns by the water. After getting across the creek, I followed a faint tread and occasional flagging, and soon picked up the old trail. I camped just after it crossed to the east side of the creek, in the 6,500-foot vicinity. This took me 3.5 hours at a moderate pace.

In the morning, I followed the gradually deteriorating (and occasionally invisible) trail to a hunting camp at about 7,300 feet. The rest was cross-country over the saddle between Point 8811 and Point 8731, down to the basin NE of that saddle at about the 8,000-foot level, and from thence via the line of least resistance to the summit.

This route is Class 2 all the way with careful route-finding near the saddle. I chose this somewhat circuitous approach because the ridge direct from Fitsum Summit is reported to be Class 4. I have no experience with it and cannot comment but I did not want to attempt it solo. 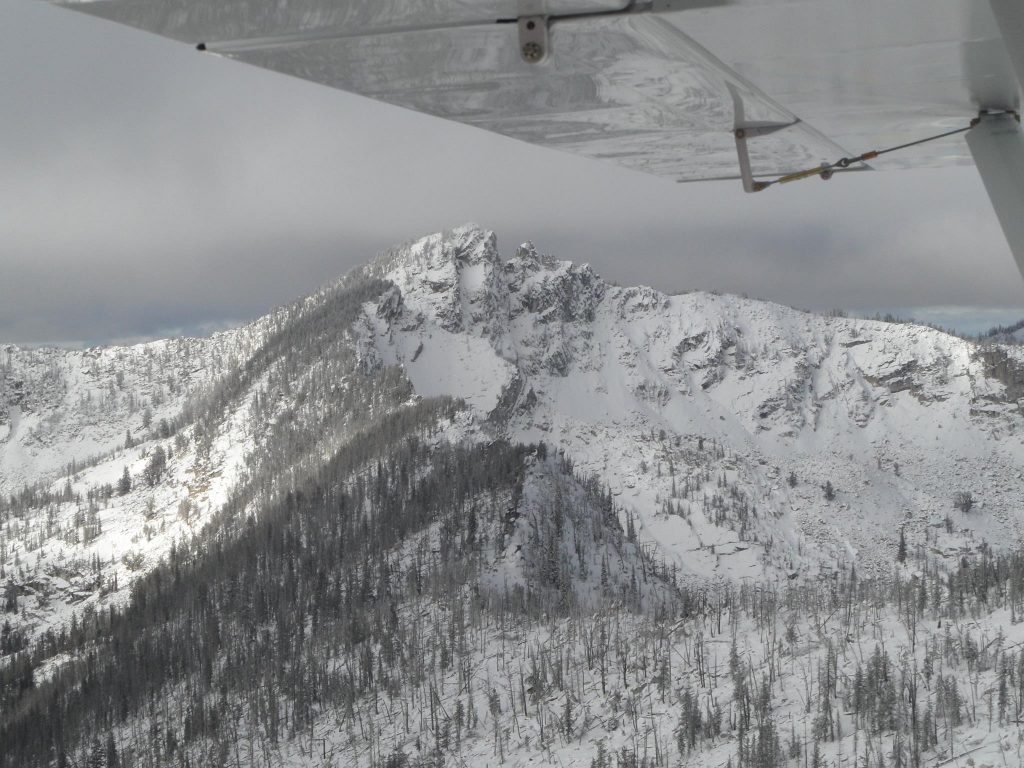 An aerial view of Nick Peak from the east. John Platt Photo