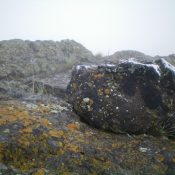 North Menan Butte is located at the east end of the Snake River Plain. The butte is a popular hike in eastern Idaho. The BLM notes that the “Menan Buttes are two of the world’s largest tuff cones.” Unfortunately, South Menan Butte is on private property and is not accessible to the public. USGS Menan Buttes 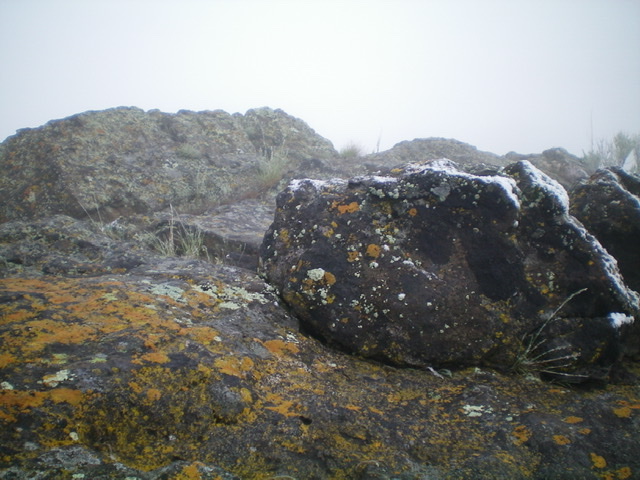 From US-20, take the exit for “Roberts/Menan” and drive west on the Lorenzo-Menan Highway for 5.7 miles to Menan and N3600E (which becomes Twin Butte Road). Turn right/north onto N3600E (unsigned at this junction) and reset your odometer. At 3.5 miles, reach a signed junction with East Butte Road (a right turn). Continue straight on Twin Butte Road and at 4.6 miles, reach the [signed] trailhead parking lot for the North Menan Butte Trail (4,860 feet). Unfortunately, the trail is poorly marked and there are multiple use trails on the west side of North Menan Butte to confuse you. So be careful here.

The USGS topo map fails to show any trails on North Menan Butte, yet there are several trails actually there. The DeLorme “North Menan Butte Trails National Natural Landmark” Map shows a South Trailhead and trail leading northward up to the butte’s rim but that entire south area is POSTED and is CLOSED TO THE PUBLIC. There is NO South Trailhead. The DeLorme Map also fails to show the correct trail up the west face. It shows another trail (which I took) that becomes difficult to follow due to multiple use trails that meander around on the west face.

From the large trailhead parking area, follow the well-beaten trail eastward to an unsigned junction. I believe that the official trail goes left/northeast here but I followed an equally-good (if not better, at least initially) trail that continues eastward and immediately goes through a gate. The eastward trail had a lot of split-rail fencing to keep you on the trail but it weakens higher up. I still made it to the crater rim and the “Rim Trail,” but I am hard-pressed to believe that the trail that I followed is the correct one up the west face.

Either way you reach it, follow the Rim Trail north then northeast then east to the summit area. Be aware that there are some areas of the Rim Trail that are rather hard to follow due to boulders and an unsigned, minimal foot path so be careful up here. The trail eventually crests and you know that you must be near the summit. You will encounter two cell phone towers in the summit area. Just past Tower #1, there is an unofficial foot path heading right/southwest to the summit high point of North Menan Butte. The summit has a USGS benchmark and is a rocky outcrop. On the descent, I could not find any signage or any obvious junction where the official North Menan Butte Trail joins the Rim Trail. Consequently, I ended up bushwhacking down the west face and came out a bit south of the trailhead parking lot.

Granted, I did this hike on a miserable May morning with fresh snow and fog covering most of the butte so visibility was nil. But there still should have been trail signage at the early junction and at the junction with the Rim Trail. I had plenty of visibility to find such signage and I found neither and was entirely disgusted with this hike. I will never hike up North Menan Butte again. Good riddance. I hope you have better luck than I had. Thankfully, I did find the summit. 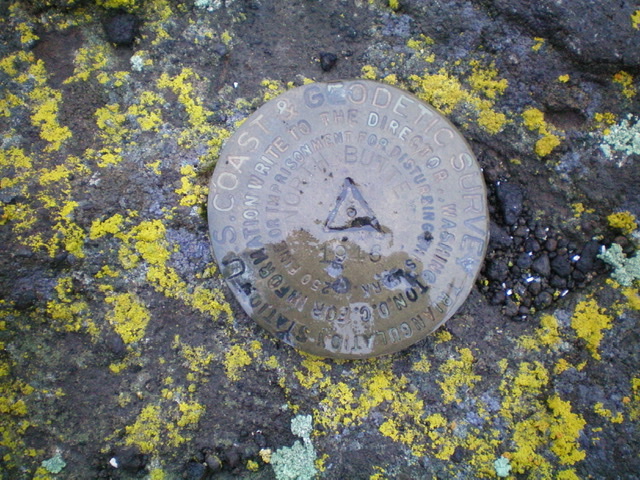