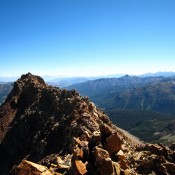 This peak is not in the book. Judi Steciak and Carl Hamke provided the following route information. Livingston Douglas made the first recorded descent of the peak’s northeast ridge in 2016. His route is set out below. USGS Ryan Peak

This peak is located a mile NNW of Ryan Peak. From the East Fork Salmon River Road and then FS-063 [(C)(3) on Page 242)] which leads up West Pass Creek, drive to where the road has washed out at ~7,300 feet. Wade the creek and follow the road to where it crosses the 7,600-foot contour. From here, climb up to the saddle south of Point 9576. Follow the ridge south and contour into the drainage east of Point 9981. Follow the drainage up and gain the Northwest Ridge, the West Face, or the Southwest Ridge to the summit. Enjoy the view of the North Side of Ryan Peak. 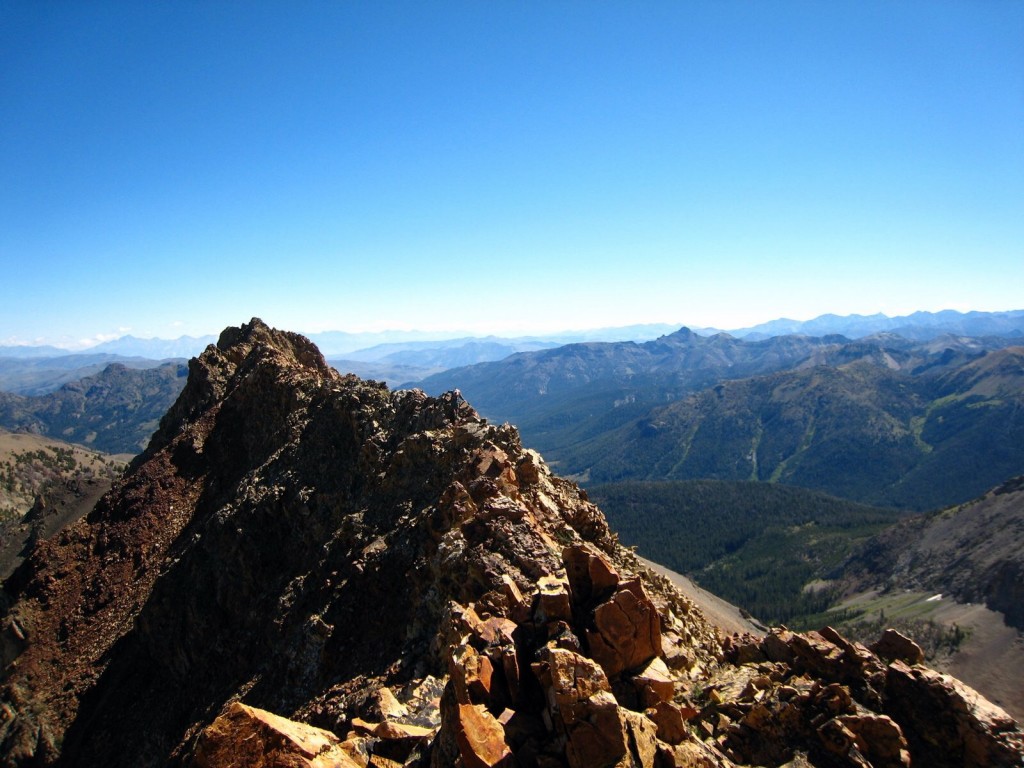 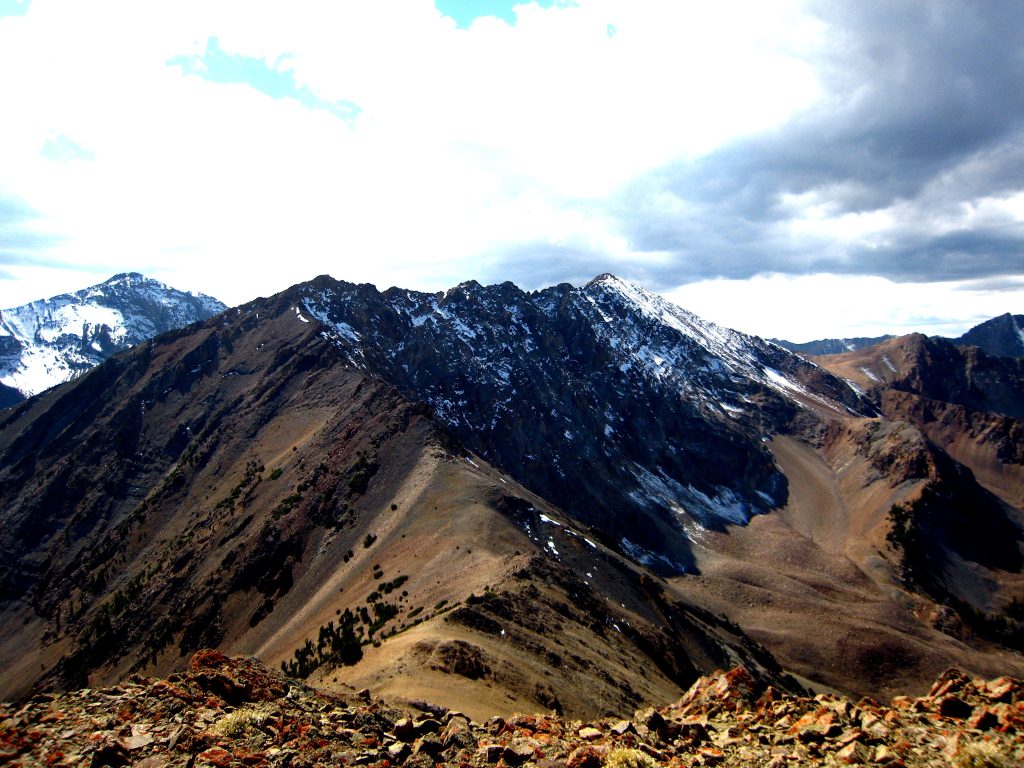 West Pass Road [FSR-063(C)(3) on Page 242]. Follow the Steciak/Hamke route to the summit of North Ryan Peak, reaching the summit via the peak’s northwest ridge.

From the summit of North Ryan Peak, follow the ridge NNE. Stay on the south side of the ridge crest to avoid numerous ridge towers. The north side of the ridge is very exposed in many spots, so avoid it. This is a VERY SLOW, TEDIOUS TRAVERSE. It took just over 1 hour and 15 minutes to cover this 1-mile stretch of ridge. Yes, that’s how bad it is. While it’s never worse than a Class 3 difficulty, the side-hilling and numerous arete and gully crossings are exhausting.

But the ridge towers do finally end at a point where the ridge turns hard
left/north. You’ll have your eyes on that ridge turn as you struggle with the ridge traverse, hoping and praying that you’ll eventually reach it. It takes about an hour of hard work to reach the turning point. Life gets immeasurably easier now. The final 0.5 mile descent to the ridge saddle is a straightforward Class 2 scramble with some rocky ridge outcrops to navigate. This section of the ridge traverse takes less than 20 minutes to complete. The remainder of the North Ryan Peak-to-Griswold Peak ridge traverse is covered in the south ridge discussion for Griswold Peak.