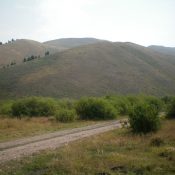 This peak is not in the book. I added additional information by Rick Baugher at the bottom of the page. Published November 2020

Paul Benchmark is located just above Paul Reservoir and East Modoc Creek in the South Beaverheads. It is a rather insignificant scrub hump but is a ranked summit. It is most easily climbed via its southwest shoulder from Paul Reservoir. USGS Paul Reservoir 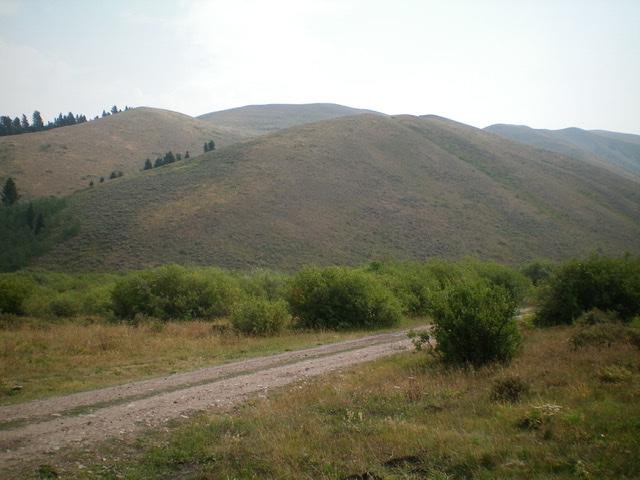 Paul Benchmark as viewed from the west at the junction of FSR-005 and FSR-001. The summit is in dead center in the distance. Livingston Douglas Photo

From Exit 190/Humphrey on I-15, drive east to the frontage road on the east side of I-15. Reset your odometer. Drive north on the frontage road. At 2.6 miles, go left onto Modoc Road and through an underpass to reach the west side of I-15. After crossing underneath I-15, the road turns right/north. At 5.0 miles, the road bends sharply left/west and moves away from I-15. At 6.4 miles, the road turns hard left/south and crosses a small stream. At 9.7 miles, reach the NF boundary. Modoc Road is now FSR-005. At 11.9 miles, reach a signed junction. Go left onto FSR-003/Paul Reservoir Road. At 12.6 miles, reach the parking area for the Paul Reservoir. Park here (7,620 feet).

From the parking area at the Paul Reservoir dam, cross the dam and follow a foot path around the east side of the reservoir to reach an obvious shoulder at about the mid-point of the reservoir. Leave the foot path and bushwhack up through tall grass and sagebrush to reach the crest of the shoulder. The terrain soon becomes short grass and scattered sagebrush. The shoulder is somewhat steep early on but the slope eases higher up. Reach the top of the shoulder at a ridge junction. At this point, you can now see the summit of Paul Benchmark to the northeast.

You can either follow the easy ridge crest southeast over Point 8499 then drop 40 vertical feet to a minor saddle as you head northeast to the summit hump (my descent route) OR you can do a bit of side-hilling to skirt the left/northwest side of Point 8499 to reach the aforementioned saddle and continue northeast to the summit hump (my ascent route). I prefer the ridgeline route. The summit of Paul Benchmark is a small area of short scrub, broken rock, and rounded talus with no visible benchmark. I rebuilt the torn-down summit cairn. Paul Benchmark is clearly the high point of the many rolling ridges and humps in the immediate vicinity. 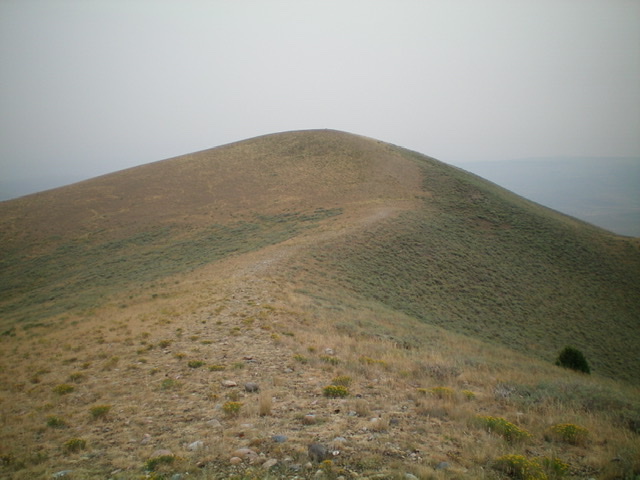 The summit hump of Paul Benchmark as viewed from Point 8499 to its southwest. Livingston Douglas Photo 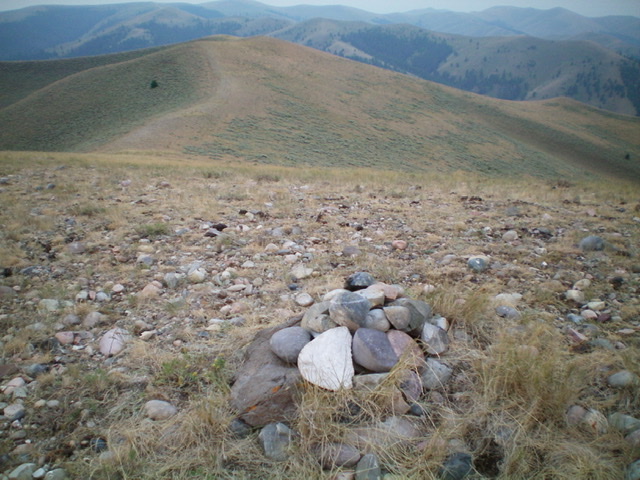 Looking down the final southwest section of the summit ridge from the summit of Paul Benchmark. Point 8499 is left of center. Livingston Douglas Photo 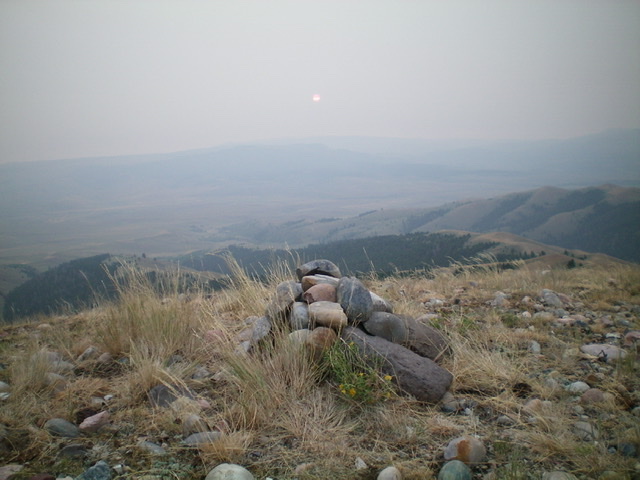 The summit cairn atop Paul Benchmark, looking east into the smoky haze at the red sun. Livingston Douglas Photo 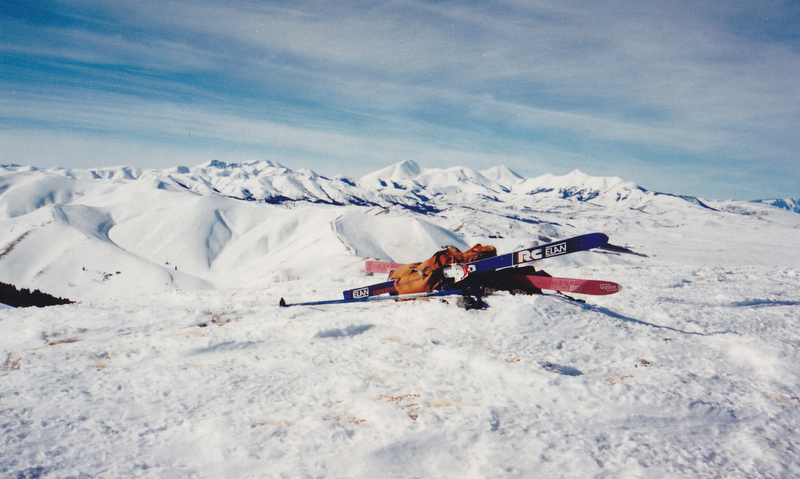 Paul Benchmark is a Beaverhead Mountains summit that is located west of Monida Pass. Rick Baugher states: “Anyone serious about climbing the mountains of the I-15 corridor . . . should not pass up Paul Benchmark. The peak is located off the Humphrey Exit in Clark County, Idaho. This triangulation station has been shown as either in the Beaverhead Range or the Centennial Range depending on which map you use. Geographically and geologically, it better belongs in the Tendoy Range of Montana. This mountain is made up of quartzite cobble-shaped rock by powerfully-flowing streams in the Mesozoic Era.” The summit view on Feb. 4, 1995 is looking northwest along the spine of Montana’s Tendoy range toward the Lima Peaks. Rick Baugher Photo and Commentary