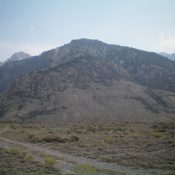 Peak 10039 is a bump on the south ridge of Mount Breitenbach (12,140 feet). It separates Jones Creek from Petes Creek. Its south shoulder is a challenging, steep scramble. The easiest ascent route is the northeast ridge. Peak 10039 is only one foot shy of being a ranked summit. Its rugged west face is riddled with towers and cliffs. USGS Leatherman Peak 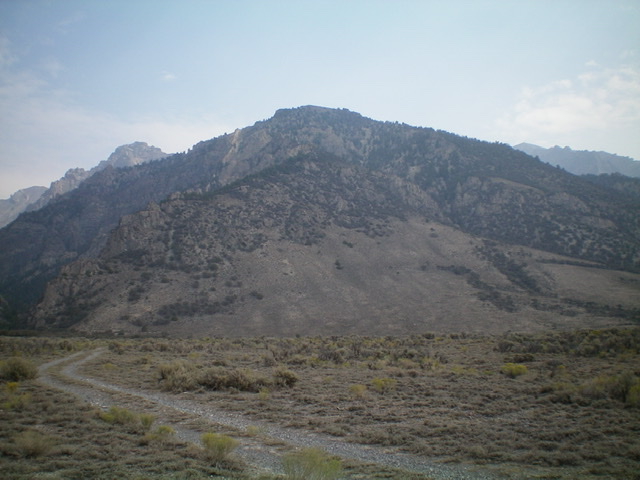 Peak 10039 as viewed from Jones Creek Road to its southwest. Its west side is wickedly steep and its south face has cliffy areas mixed in. Livingston Douglas Photo

From Jones Creek Road, hike east across open sagebrush. Head uphill and across several dry gullies on the south side of Peak 10039 to reach the south shoulder. After hiking cross-country for about 0.7 miles, angle diagonally left/north up onto the treed shoulder. The shoulder lies east of a major gully that cuts the south face and on the east side of the steep south face. The south face itself has some problematic cliff bands early on and should be avoided. The only feasible climbing route is the shoulder on the right/east side of the south face.

Once on the crest of the shoulder, scramble up through a mix of mountain mahogany, sagebrush, and loose scree/gravel. There is a large dry gully on its right/east side that follows the shoulder all the way to the summit. The shoulder initially heads northeast but it quickly steepens and bends left-ish/north. The terrain gets rockier and some difficult ridge outcrops present themselves. Aim for a large rocky outcrop on the ridge early on. Skirt its left/west side on steep, very loose scree/gravel with mountain mahogany mixed in to make the climb challenging. Once above this outcrop/buttress, return to the narrow ridge crest up Class 3 ridge rock.

The crest of the ridge offers the best footing. The left/west side of the shoulder is a steep face of loose scree/gravel and mountain mahogany and is rough going. Higher up, pass a few ridge blocks/towers on their left/west side. Return back to the ridge crest on Class 3 rock and chutes. The slope eases as you approach the summit. The summit of Peak 10039 is a narrow ridge crest. I built a summit cairn. Surveyors have been here in the past, as evidenced by a post and some wiring. The views of Williams Peak (10,705 feet) and nearby Point 11467 are impressive.

When descending back to Jones Creek Road, it is critical to stay on course. There are times when the mountain mahogany blocks your view and the shoulder can be difficult to follow. Do NOT mistakenly descend the southwest shoulder, which joins the south shoulder at about 9,250 feet. The southwest shoulder has cliff bands near its base and should be avoided. The south shoulder is a steep, loose, punishing climb but it is the only feasible way to reach the summit of Peak 10039 from the south. 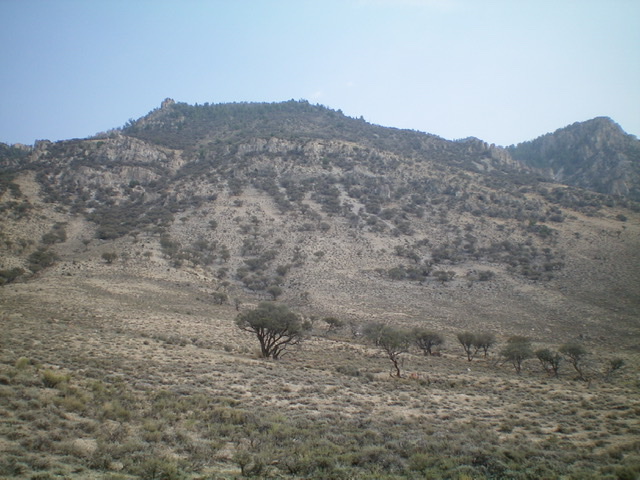 The south face of Peak 10039. Notice the prominent gully that cuts the left side of the face. Livingston Douglas Photo 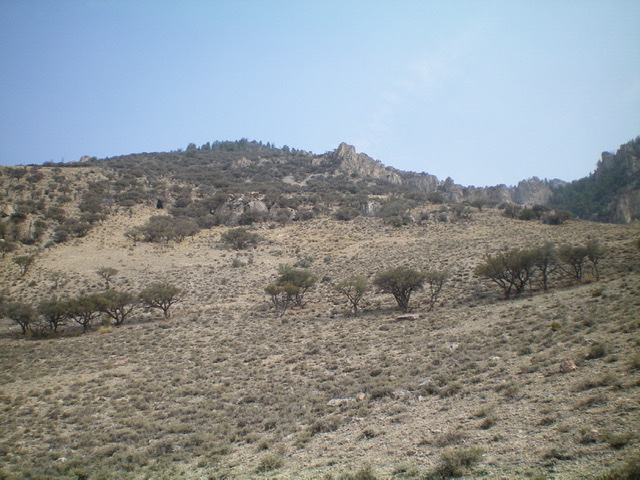 Looking up the south shoulder (right of center, angling diagonally left and upward) from its sagebrush base. Livingston Douglas Photo 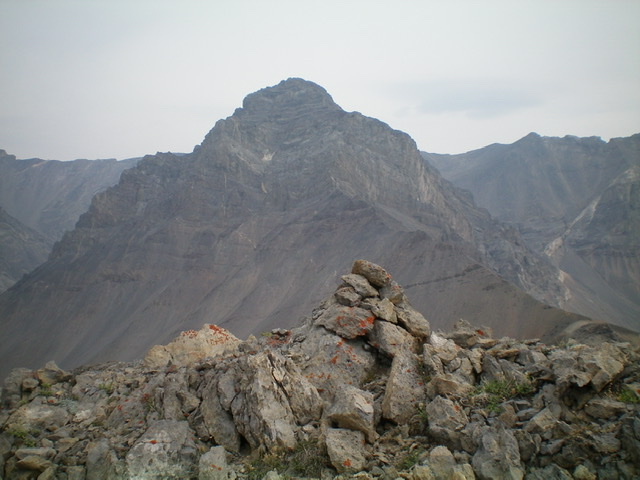 The newly-built summit cairn atop Peak 10039 with rugged Point 11467 in the distance. Livingston Douglas Photo