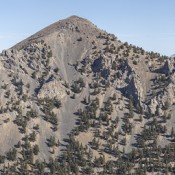 Climbing and access information for this peak is on Page 310 of the book. Livingston Douglas provides a new descent route below but, be forewarned, he doesn’t recommend it. Use the link below to Larry Prescott’s trip report for additional photos of this peak. Updated December 2019

Marshalls Mount is located on the main Lemhi Ridge Crest south-southeast of the Uncle Ike/Pass Creek Pass. Its location makes the peak a great place to orient oneself to the lay of the southern Lemhi Range. USGS Fallert Springs

Marshalls Mount as viewed from the west. Larry Prescott Photo 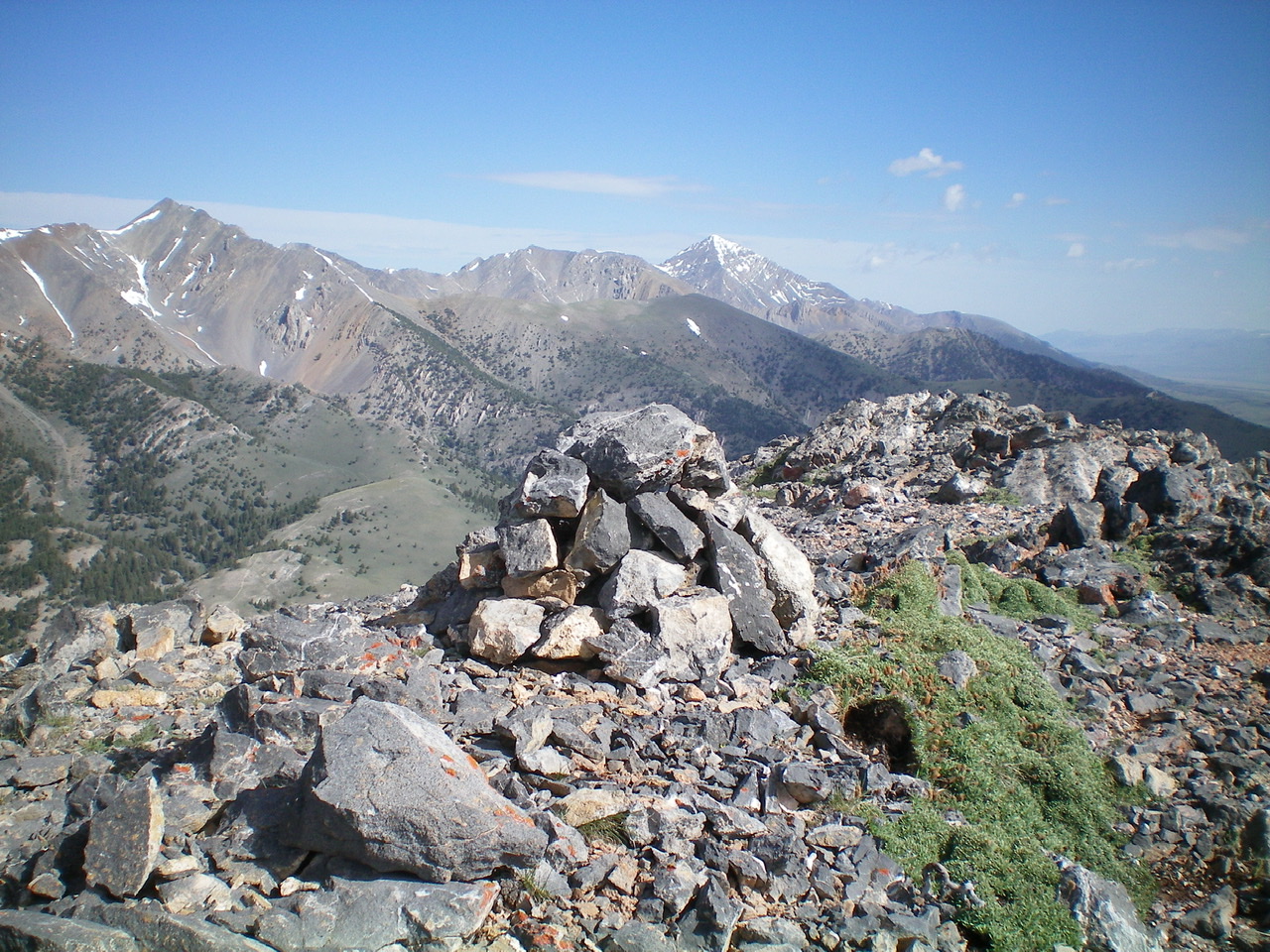 The summit cairn atop Marshalls Mount with snow-capped Diamond Peak just right of center in the distance. Livingston Douglas Photo

This descent is the final leg of a loop route that begins and ends at the mouth of Ike Creek Canyon. I first climbed Peak 8979 and did a ridge traverse from Peak 8979 to the summit of Marshalls Mount via the north ridge. From the summit, descend the rocky, but not difficult, south ridge to a flat, open area. Look for a large, wide scree/gravel gully heading down the southeast face. Leave the south ridge and boot-ski down this loose terrain to a level about 100 vertical feet before reaching the sheer cliff face on the southeast face.

You are about to reach an impassable cliff (trust me), so angle left/south to reach the next potential weakness in the southeast face. Descend a steep, narrow chute (Class 4 down-climb) to reach the lower cliff face. Down-climb narrow ledges on the cliff face (Class 4) to reach the lower scree/gravel slope. Once you reach the lower slope, boot-ski down to FST-4238 (an ATV road/trail). Descend the steep trail to its junction with the Ike Creek Trail/FST-4341. Follow FST-4341 down Ike Creek to the National Forest boundary and your parked vehicle.