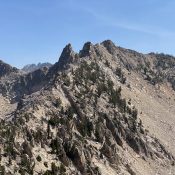 This peak is not in the book. I believe it is probable that Derek accomplished the first ascent of this out of the way summit. Published October 2020

Peak 10059 is located on the main Sawtooth Crest NNW of Hidden Lake and midway between Elk Peak and Mount Cramer. The routes set out below both end with the same Class-4 crux. Traversing the summit ridge requires a few airy moves. Nothing too extreme. There’s an impressive spire just north of the summit—maybe 80’ tall. It could be a good trad objective. I found no evidence or record of prior visitation. It’s in the Sawtooths so it is possible that somebody has been up there, but it’s also very far from any trailhead and not the most appealing mountain when compared to its neighbors. USGS Warbonnet Peak 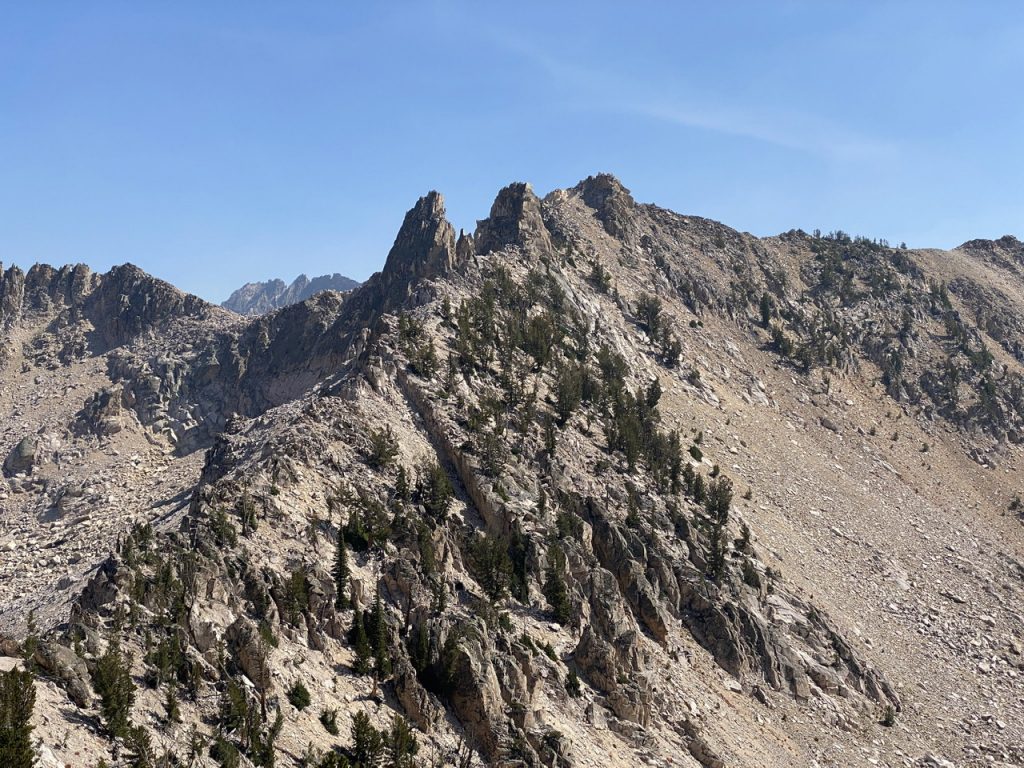 FST-101/FST-154, Redfish Lake Creek Trail [(A)(6)(b) Pages 206-207]. Take the Redfish Lake Shuttle to reach the starting point. Without the shuttle would require a high fitness level to climb the peak in a day. 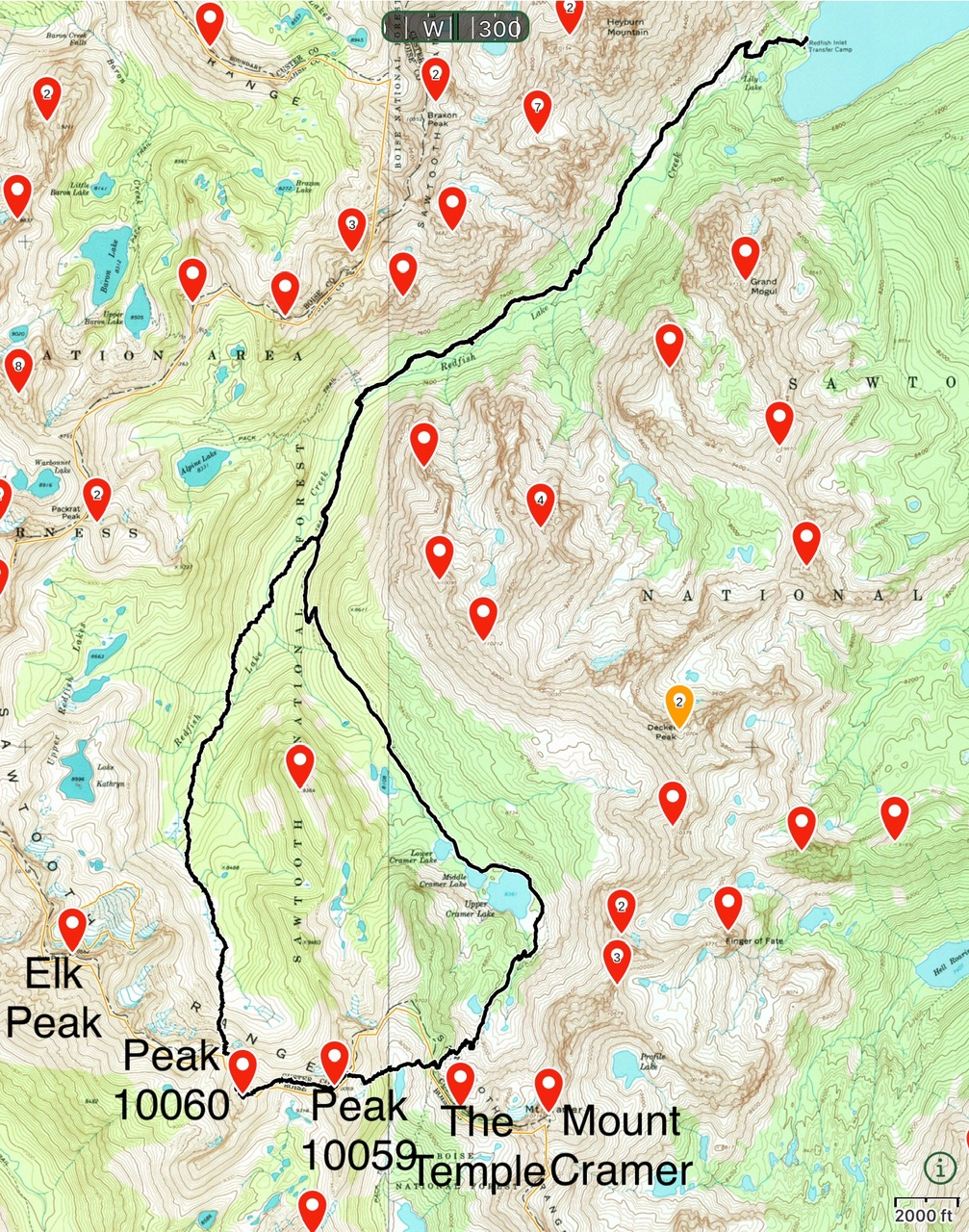 The ridge involves Class-3 scrambling and weaving around towers. It’s a fun route, but requires a few miles of off-trail travel to access.

This is accessed from the Mt. Cramer Trail. From the 9100’ lake (above Hidden Lake) you could either scramble up the slabs or use the well-defined draw (photos attached). I chose the draw. Perhaps the solid scrambling would have been better, but the draw is such an interesting formation that I couldn’t resist. It also eliminates any potential route-finding challenges. 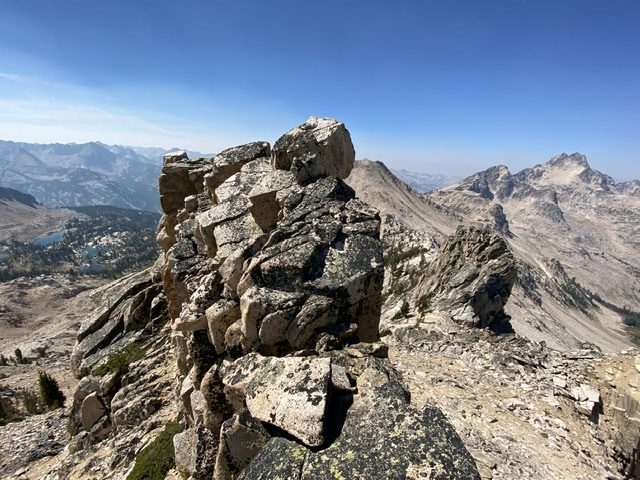 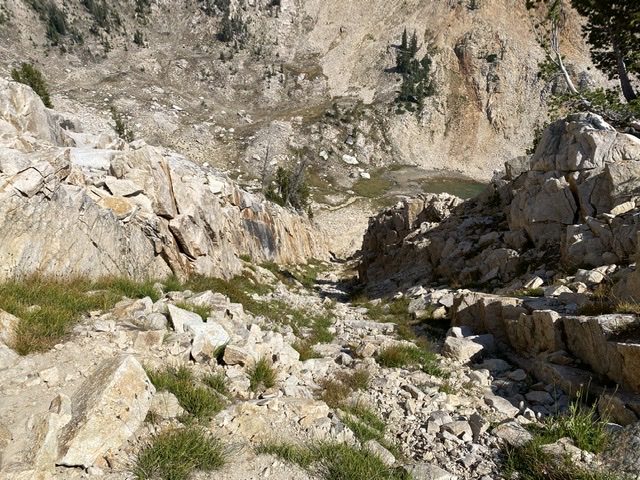 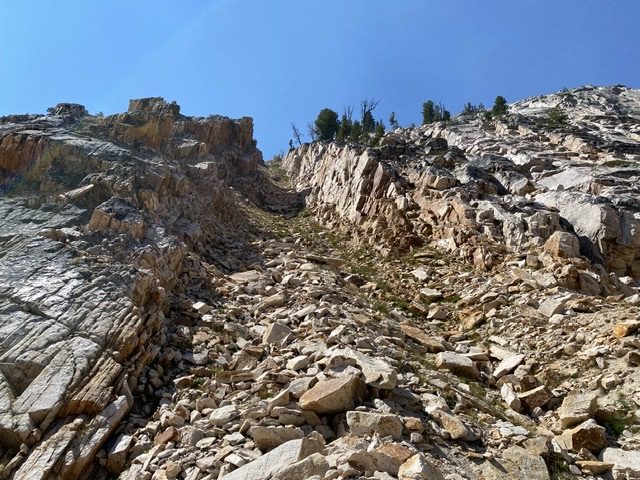