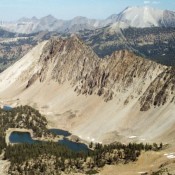 Six Lakes Peak is located 1.4 miles north of Washington Peak (on Page 226) between two scenic lake basins. It is the attractive culmination of a ragged ridge. Although unknown to most climbers, this peak is undoubtedly one of Idaho’s special peaks. Picturesque, rugged, steep-sided and without an obvious route, it towers above the surrounding drainages. It is another testament to Rick Baugher’s route-finding abilities. Sitting on the summit, I had the distinct feeling that I was airborne due to the precipitous drop on all sides of this tower. USGS Washington Peak

Rick Baugher’s 2009 climb up the steep Southeast Couloir was almost certainly the first ascent of this beauty. Rick chose the name Six Lakes Peak, which is appropriate since the peak dominates the Six Lakes Basin. 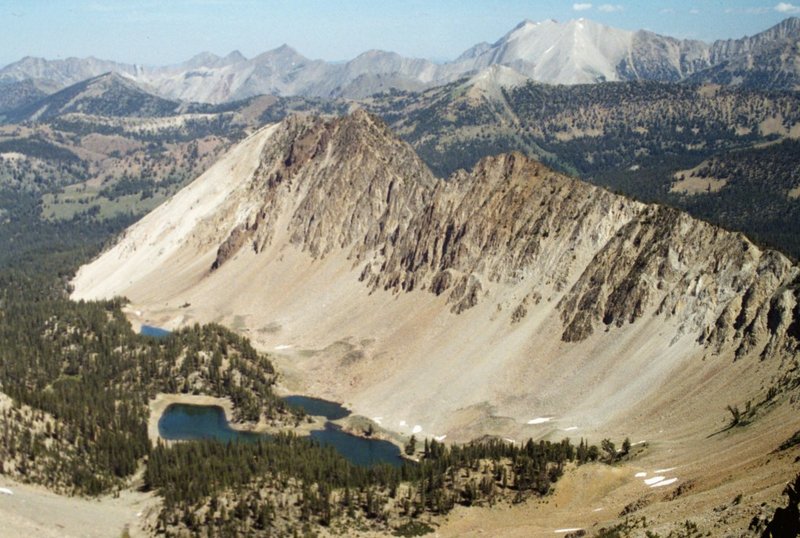 Rick’s route climbed the large couloir that cuts the peak’s Southeast Face. He reported that most of the route is Class 3 on good rock but an overhanging chockstone mid-route presents a Class 4/5 crux move to surmount. Based on my climb, I would rate the climb Class 3/4 with the crux as Class 4. I would not call it Class 5 because the crux is impossible to protect with a rope and it is only ten feet high. Clearly, many would consider it a Class 5 problem. No matter the subjective rating, the crux will bother many climbers. 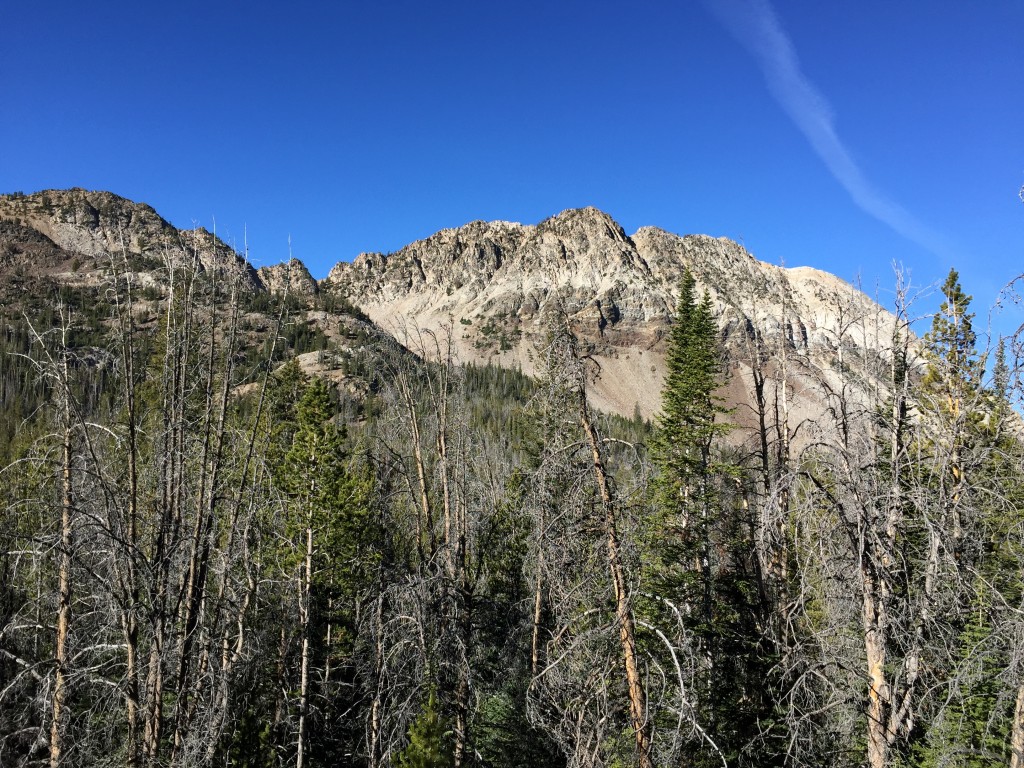 This view from the upper part of Six Lakes Basin was taken near the spot where we left the road to head toward the peak. The bottom of the basin was easily crossed and there was little downfall above 9,000 feet. Head directly toward the ridge in the foreground which cuts down from left to right. From the top of the foreground ridge, drop down to your left to the base of the Southeast Face. 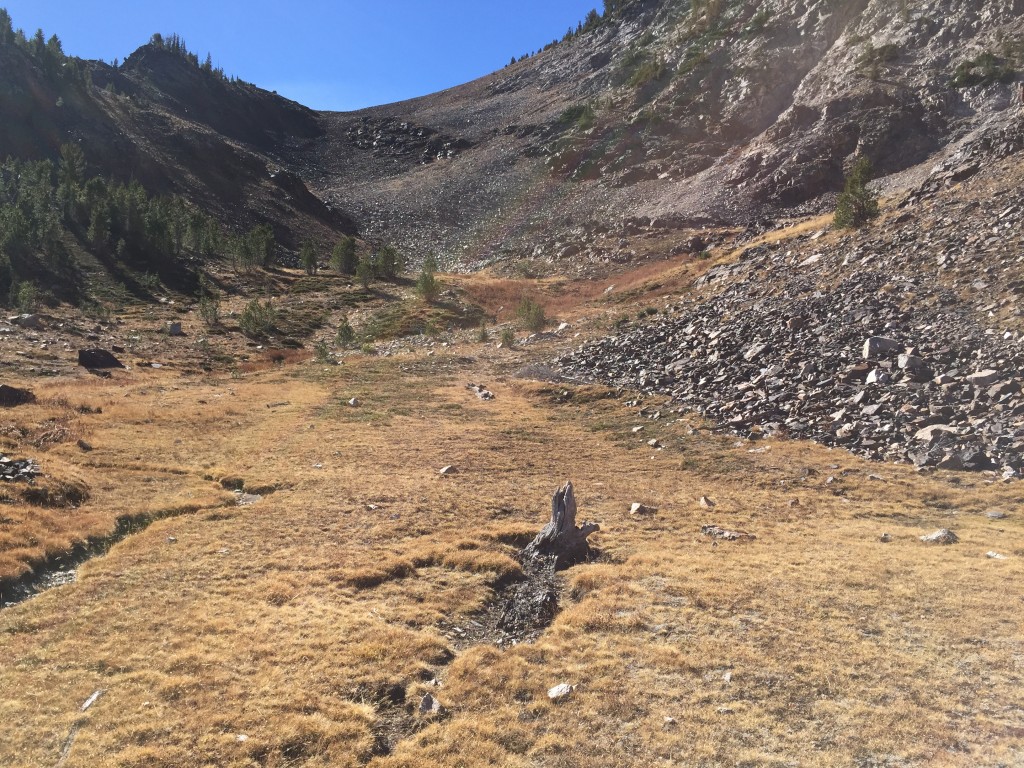 There is a beautiful meadow at the base of the Southeast Face. 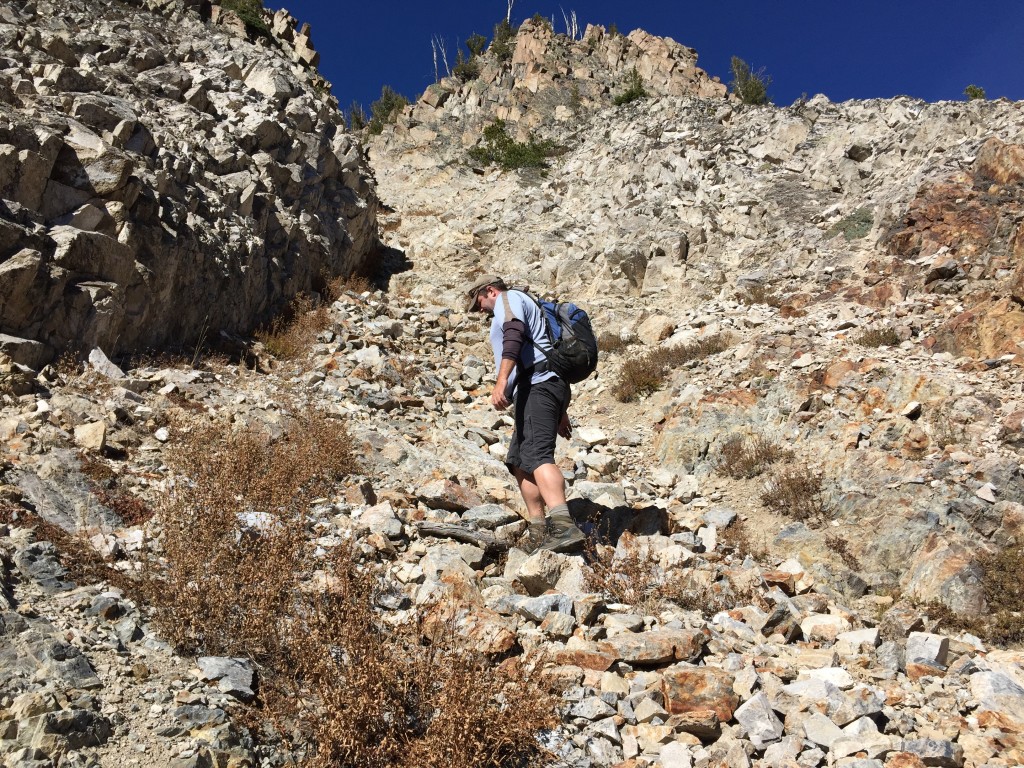 Dan Robbins near the base of the Baugher Couloir. 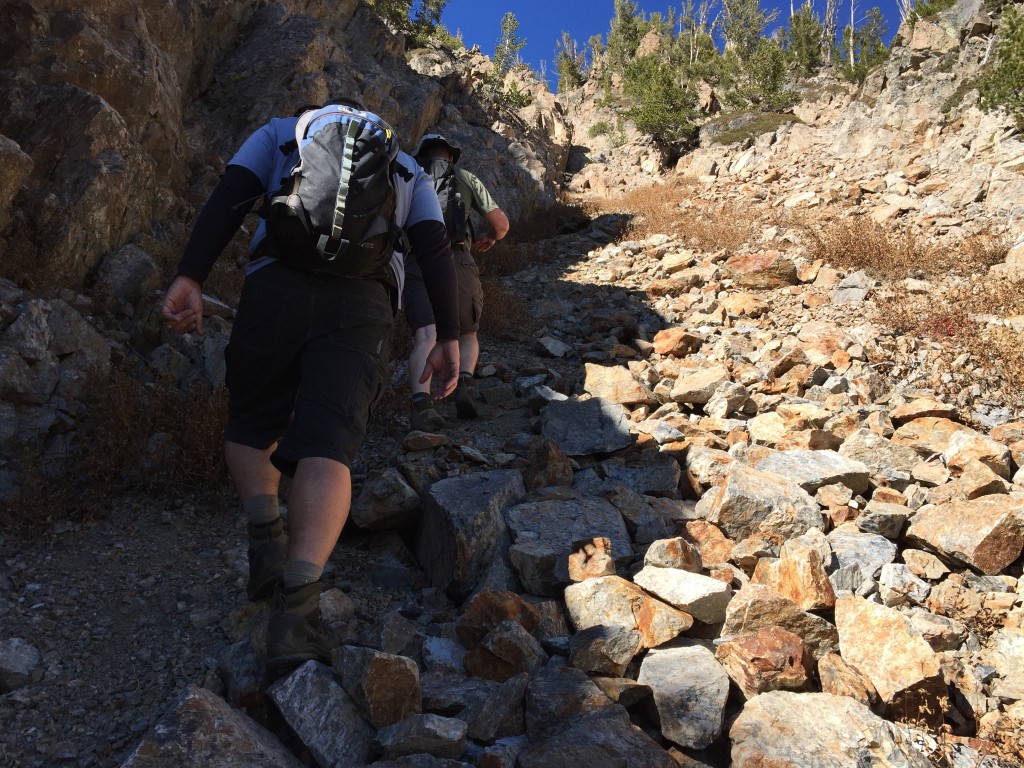 Dan Robbins in the lower section of the couloir. 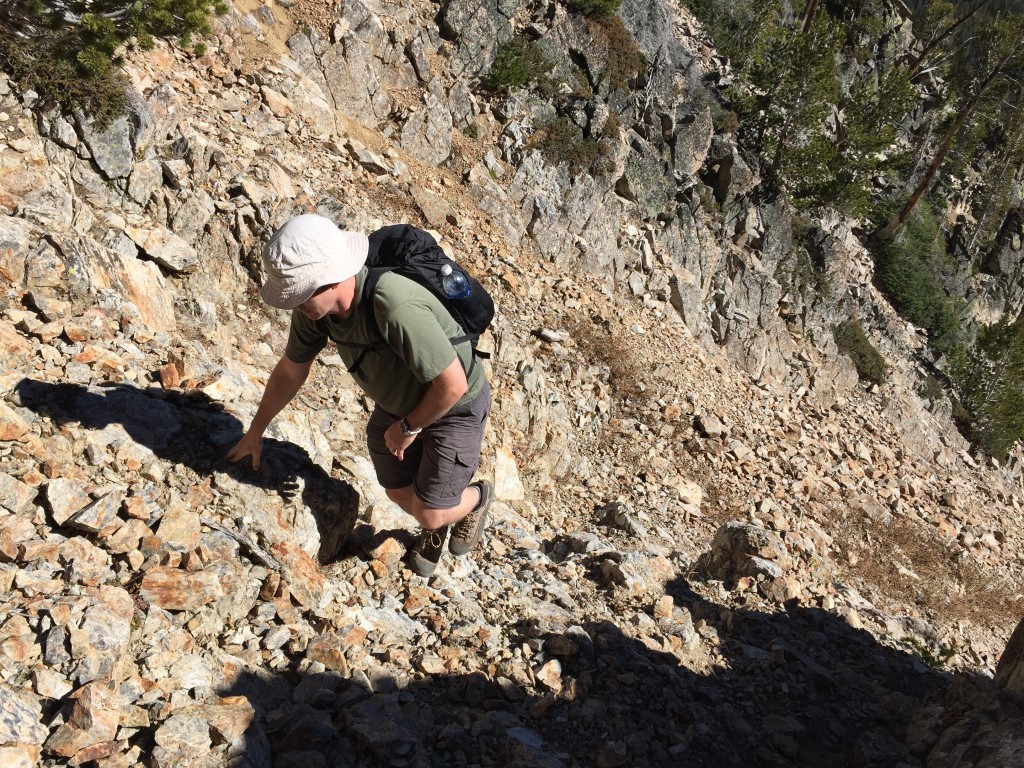 Dave Pahlas just below the crux. This is a steep route. 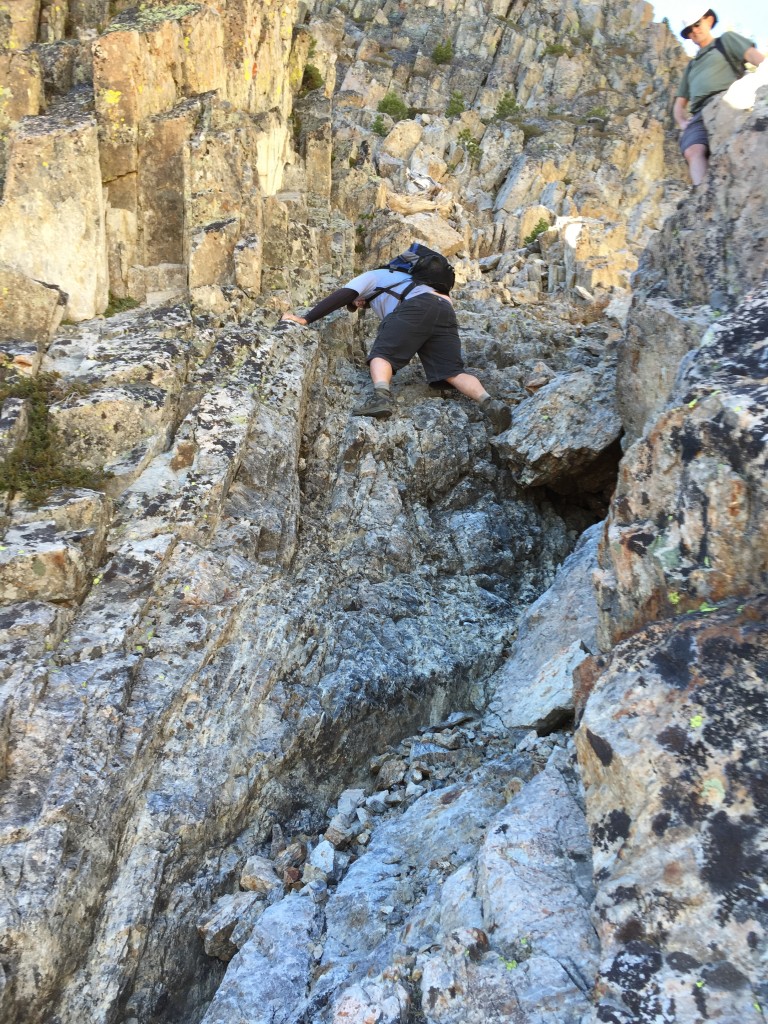 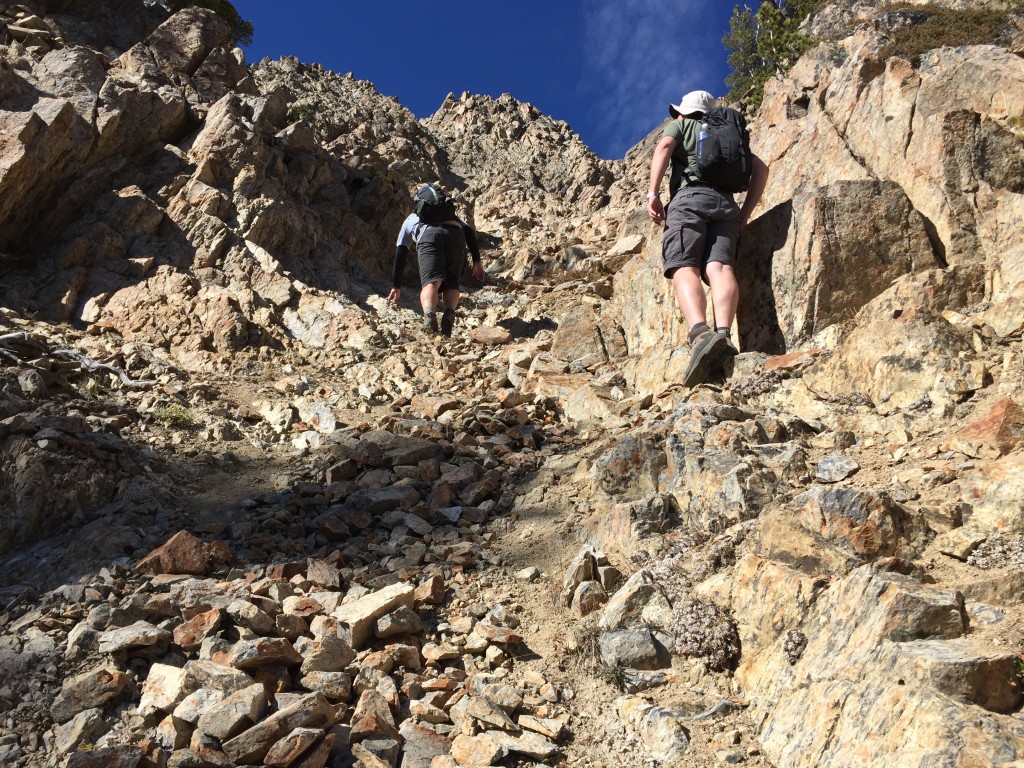 Dave and Dan above the crux. The couloir is steeper above the crux and it splits. Either fork will take you to the top. The right-hand fork is the most direct route. 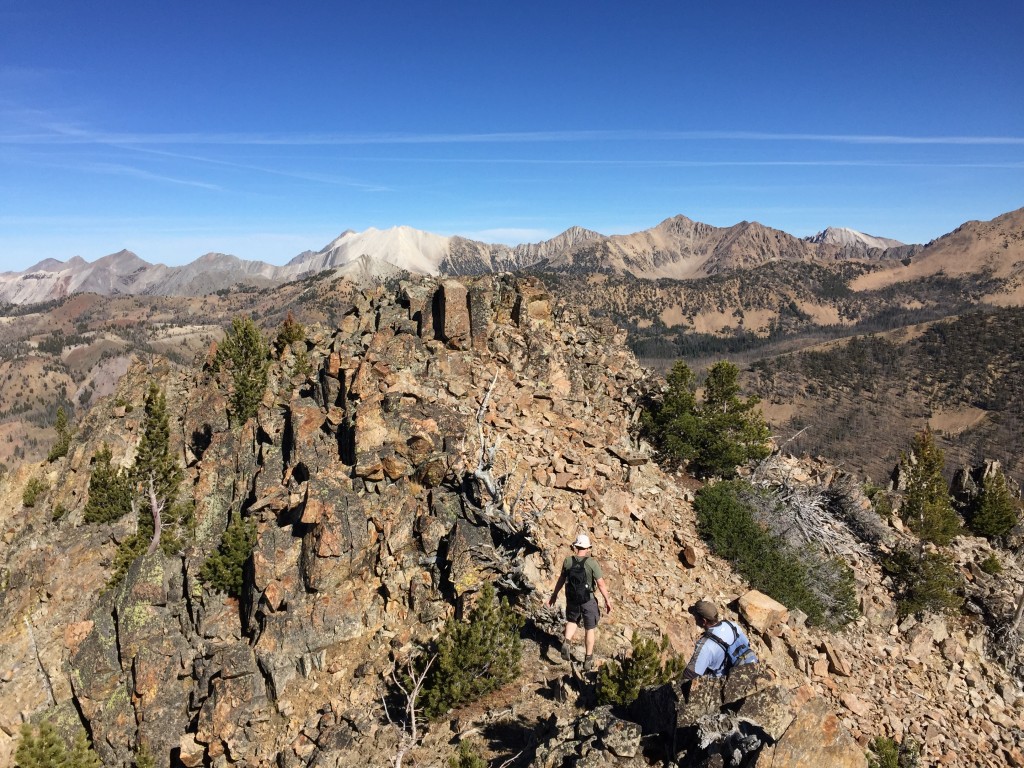 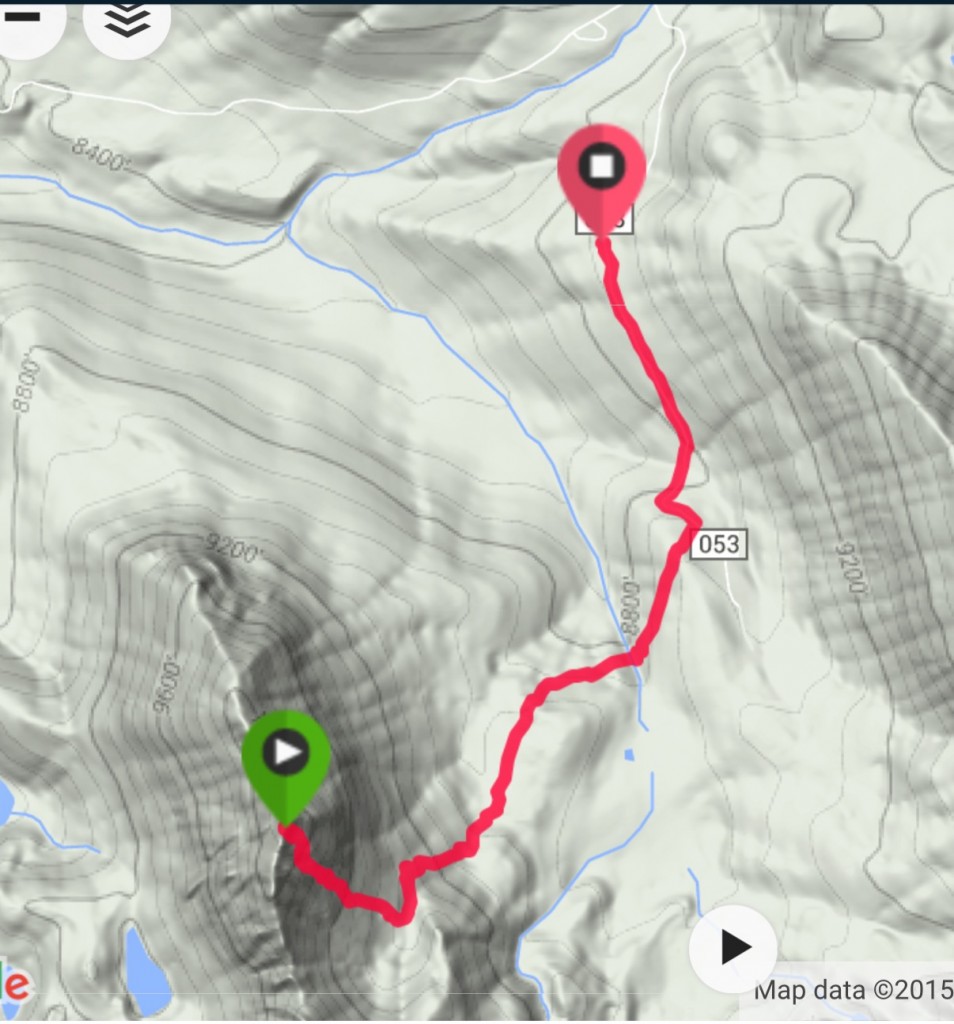 This was our route on the descent. We ran into a bit of downfall on this line which crossed an old burn. It was a more direct route. 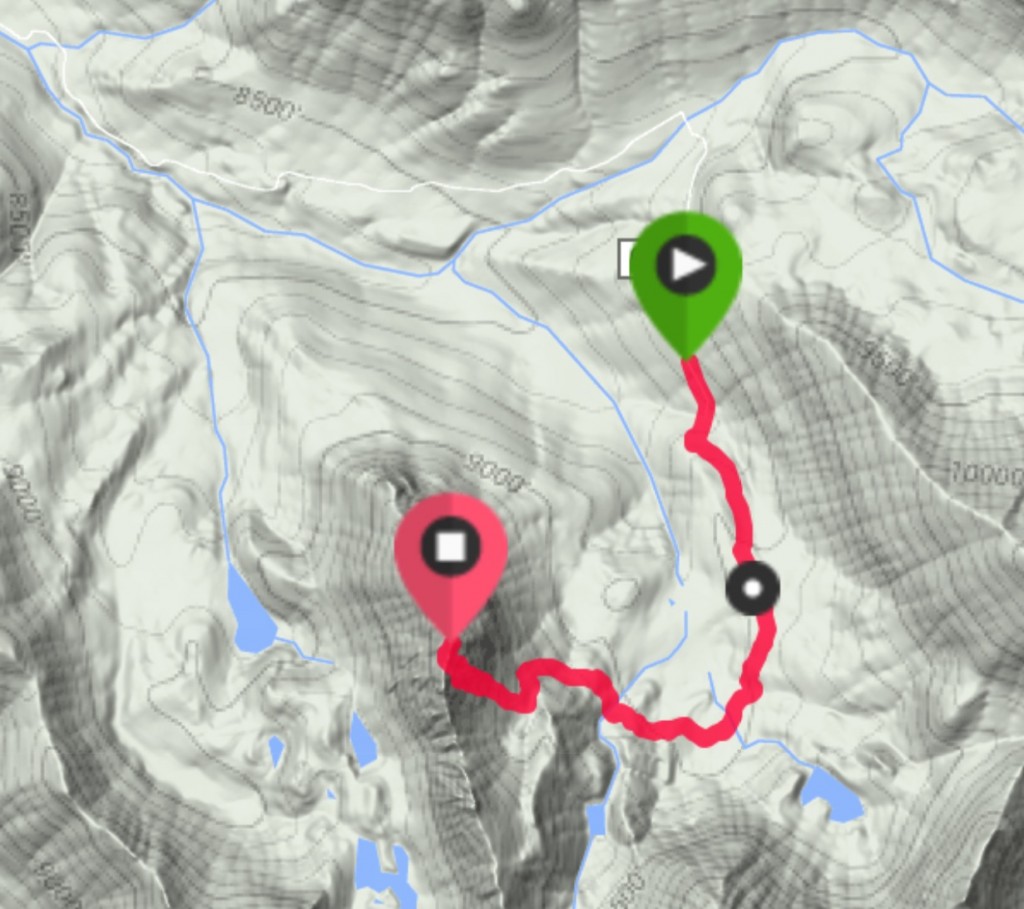 The route we followed on the ascent left the road at roughly 9,000 feet. Note that you can drive to near the end of the road with a 4WD and start a bit higher than we did. 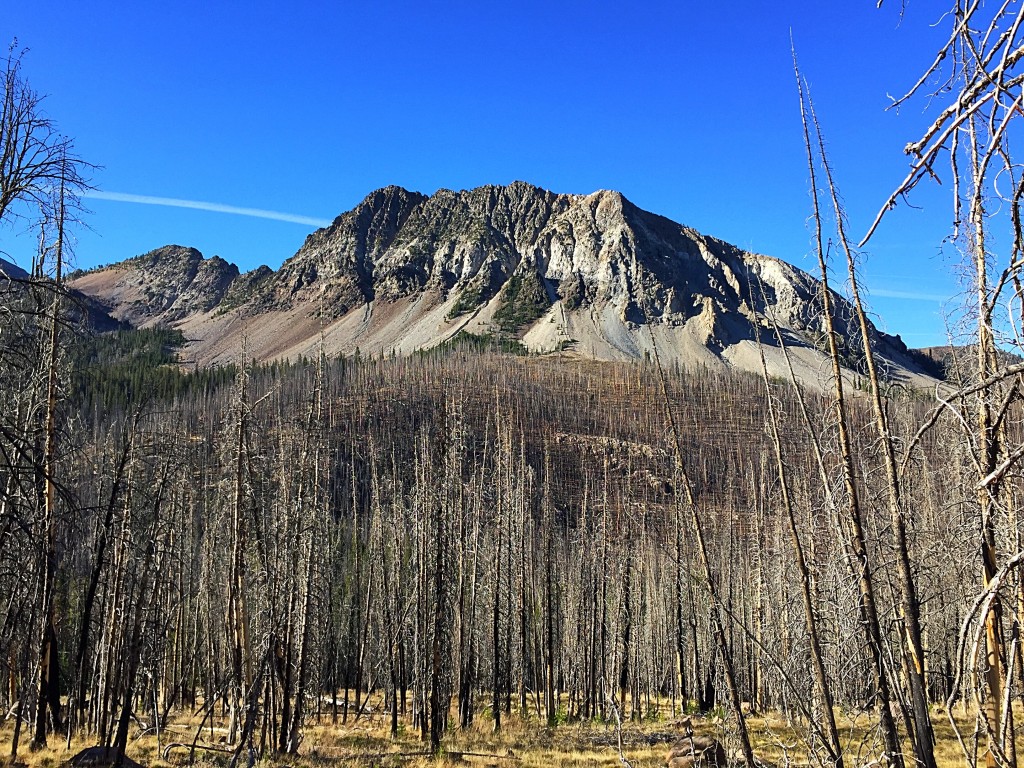 Six Lakes Peak as viewed from the road.