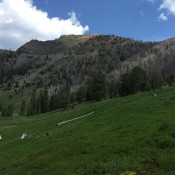 Peak 10350 is one of 4 ranked Boulder Mountains peaks surrounding Little Fall Creek. This is the most interesting of the 4 peaks. It can be climbed from most directions. You should be able to find a Class 2 route, no matter which way you approach the peak. The other 3 peaks are Peak 10340, Peak 10356 and Peak 10300. USGS Meridian Peak 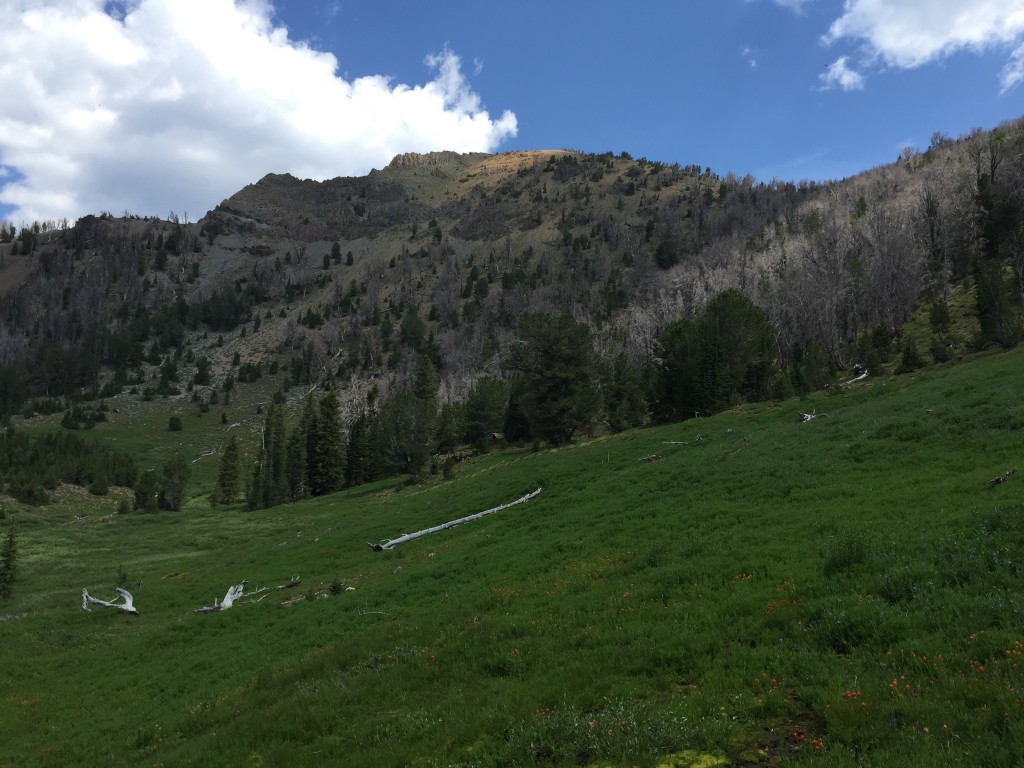 This peak has an impressive, nearly vertical West Face. The remaining approaches to the peak are less problematic. You can climb the peak via its South Face or its Southeast Ridge, which are both Class 2 and can reached from the end of Little Fall Creek Road.

The saddle that separates this peak from Peak 10356 can reached from Little Fall Creek or by traversing over from Peak 10356. The West Ridge is a rugged, cliff-encrusted line that leads to the summit with some patience and good route-finding skills. The route begins at the first opening in the cliffs near the point at the base of the ridge. The route works up from this point staying on the Southeast Side. As you gain elevation, the difficulty eases. There are options to leave the route and move onto the steep South Face. The South Face is covered by small, loose talus and, while not difficult to climb, it is tedious. 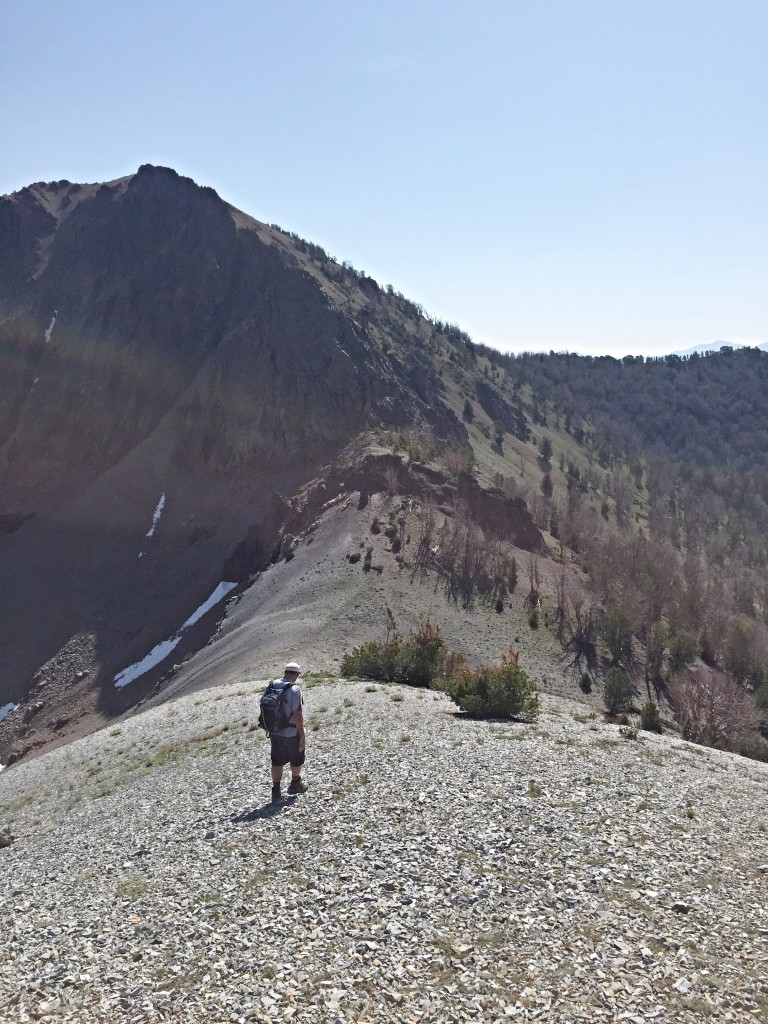 Approaching the West Ridge of Peak 10350. 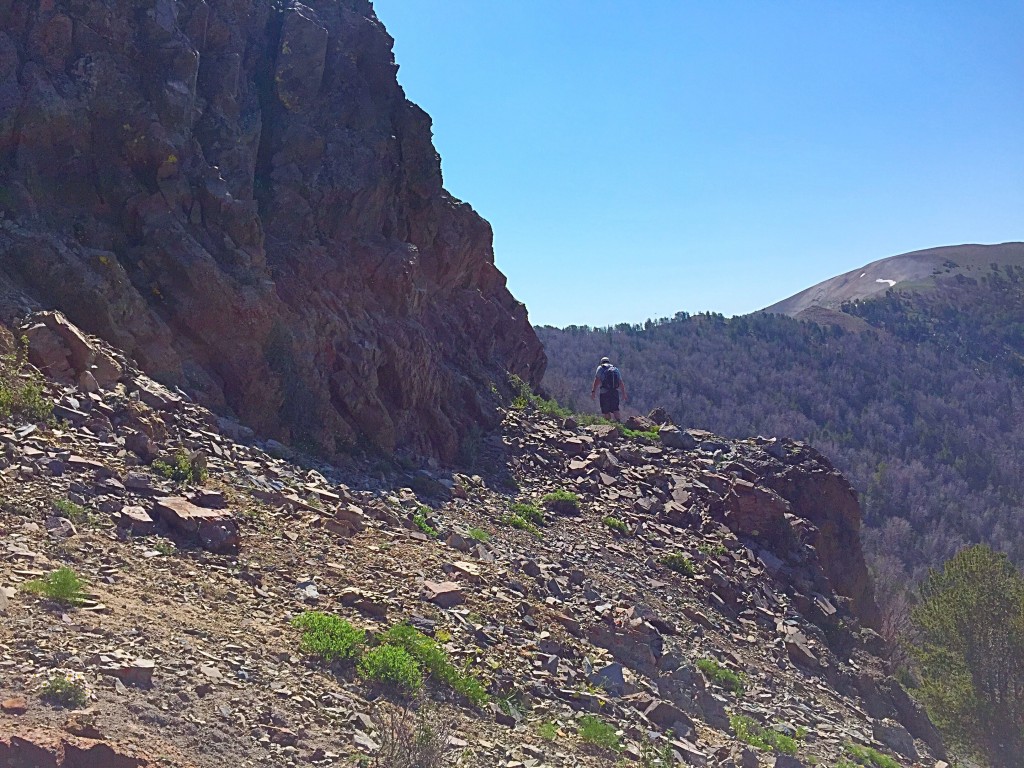 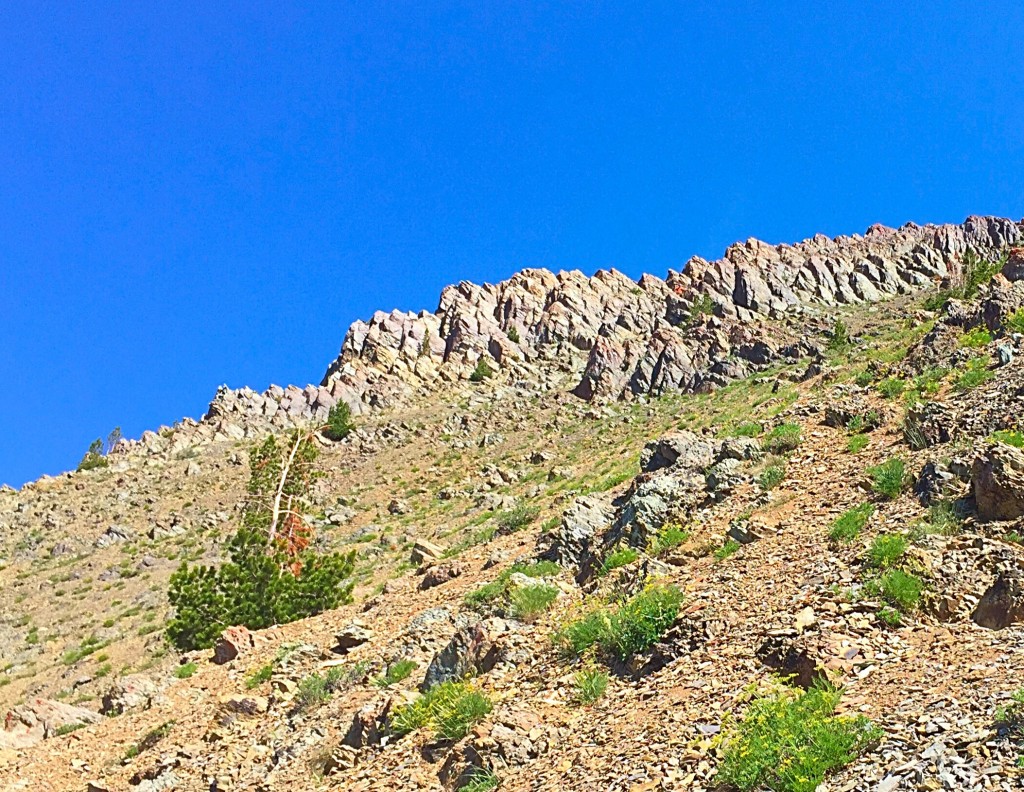 The upper section of the West Ridge above. 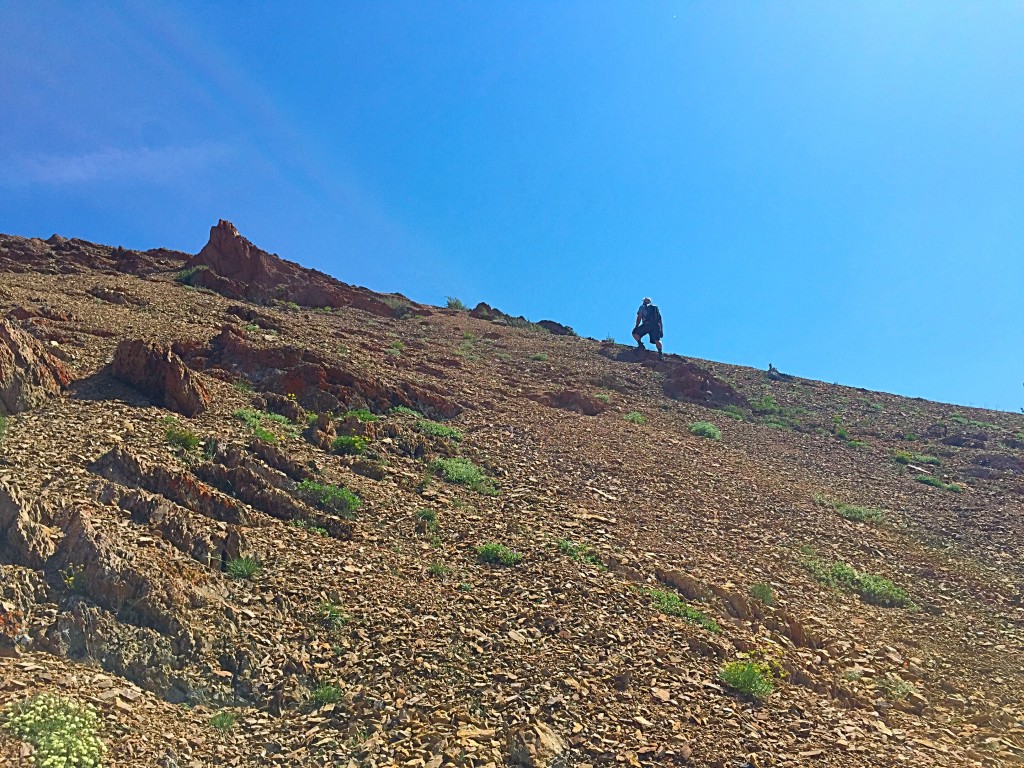 The upper section of the South Face. This photo shows the consistency of the slope.