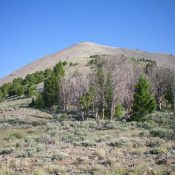 Climbing and access information for this peak is on Page 269 of the book. The route in the book utilizes the southeast gully to reach the summit. Livingston Douglas climbed a new route, the southeast face/southeast ridge. The last photo on the page shows the the entire peak. Updated November 2021

Peak 10420 is located east of the main Pahsimeroi Subrange Crest and west of Doublespring Creek. Although often overlooked by peakbaggers and dwarfed by its neighbors, it is a massive mountain. USGS Doublespring 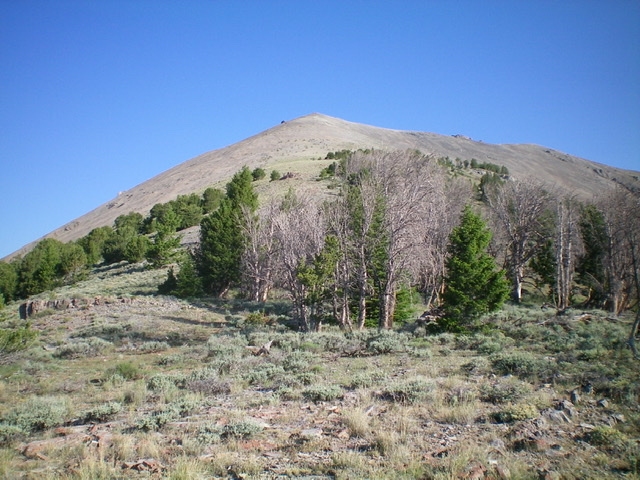 Peak 10420 as viewed from the southeast ridge. Livingston Douglas Photo

From the road junction, hike northwest across easy sagebrush. Drop 10 vertical feet to cross a wide gully then climb a steep headwall up onto a flat bench. Continue heading northwest through sagebrush, aiming directly at the southeast face. Scramble up through more scrub to reach the pine forest just left/southwest of a massive, prominent rocky buttress. Once in the pine forest, it is an easy bushwhack straight uphill to the southeast ridge. The open forest lacks much blowdown and brush. You will find some diagonal elk trails in the forest.

The southeast ridge is open with only scattered pines. Follow the ridge crest northwest on a combination of pine duff and short scrub initially. The ridge becomes a scree slog higher up, but goat trails will help you navigate the scree. The ridge is not overly steep and the scree is generally stable. The summit of Peak 10420 is a small ridge corner at the east end of the summit crest. The minor hump to its west (having an identical contour line) is a bit lower. I rebuilt the torn-down summit cairn. The summit offers splendid views of Straight Shot Peak and Corner Shot Peak as well as the east gully that leads to the saddle between the two peaks. 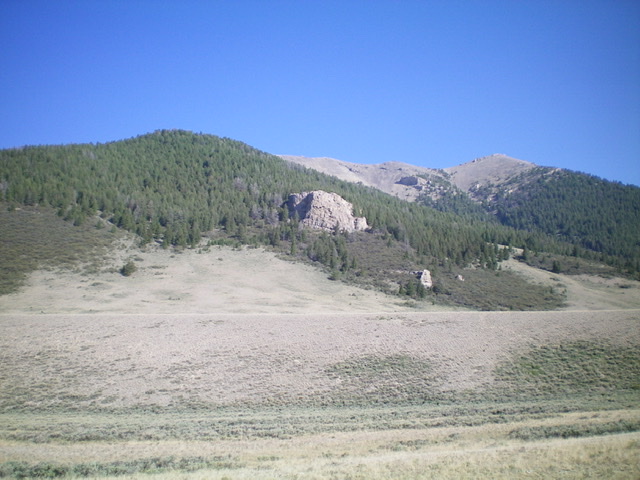 Peak 10420 (summit is at far right) as viewed from the road junction. Hike up through the pine forest (left of center), staying just left of the rocky buttress and avoiding the entanglement of mountain mahogany to the left and lower down the ridge. Then follow the southeast ridge (skyline) rightward to the summit. Livingston Douglas Photo 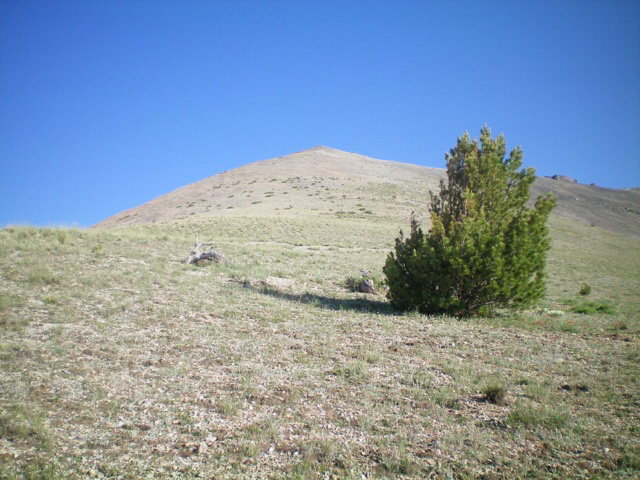 The final climb up the southeast ridge to the summit hump. Livingston Douglas Photo 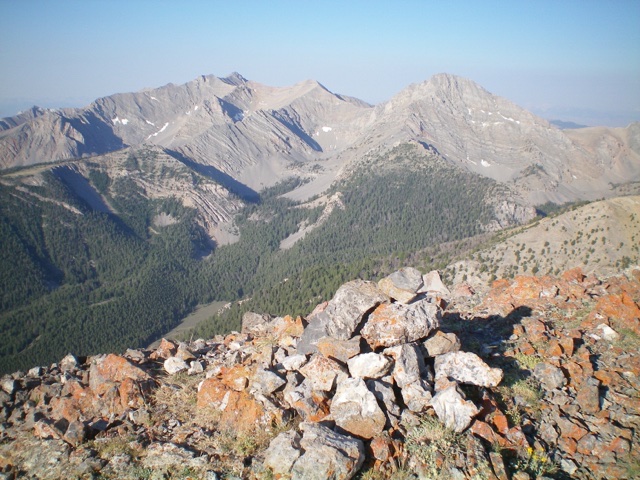 Looking southwest at the Pahsimeroi Crest from the summit of Peak 10420. Livingston Douglas Photo 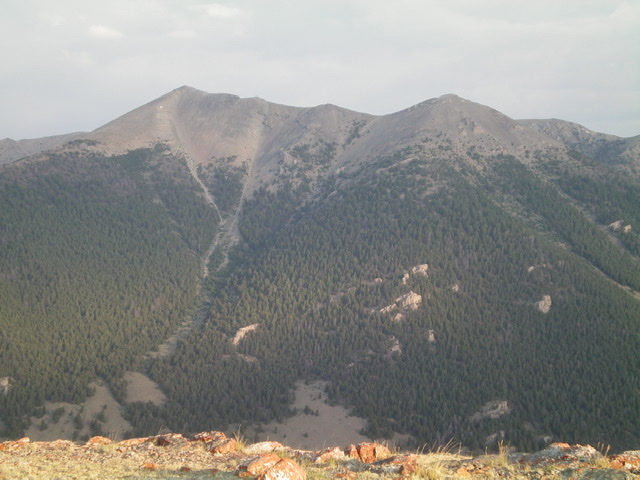 Peak 10420 as viewed from the east. The summit is well left of center and Baugher’s southeast gully is just left of center. The gully is not advisable in summer conditions. Livingston Douglas Photo