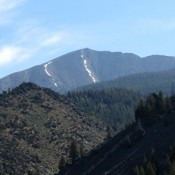 This peak is not discussed in the book, though it is pictured on Page 303. USGS Big Creek Peak

Back in early 2013, John and I were trying to figure out which of the peaks on our lists we wanted to climb first and agreed on the highest peaks with no sign of previous summit visitation (NSPSV) potential. We concluded that the top two choices would be Peak 10972 and Peak 10835. We also felt that even though we couldn’t find any account of any one climbing Peak 10972, someone must have due to its proximity to Big Creek Peak, so we targeted Peak 10835 first last year and found NSPSV. Being curious, we decided to climb Peak 10972 this year.

We got our first views of Peak 10972 as we pulled into Big Creek Campground Thursday: 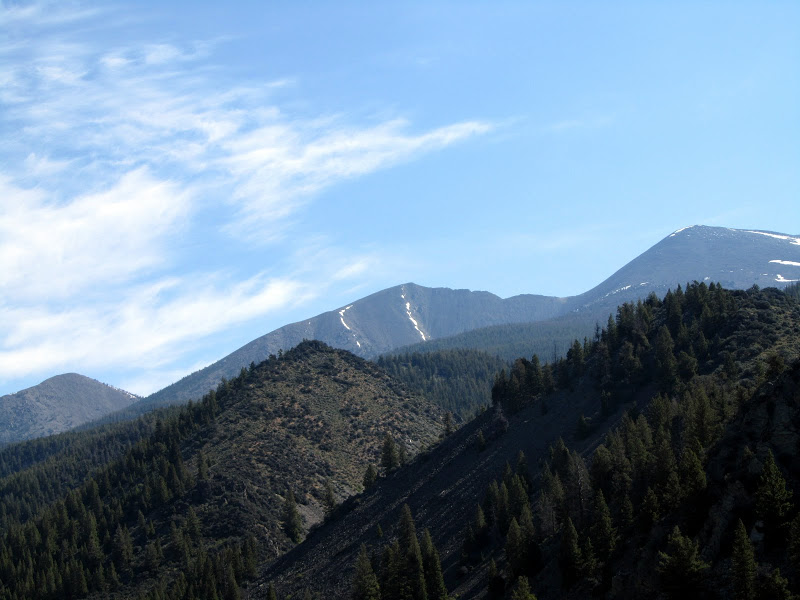 The view of Peak 10972 (center) and Big Creek Peak (right) from the campground. George Reinier Photo

Friday morning, we followed a nice trail up the North Fork of Big Creek. The trail crosses the creek about a mile in. We could see what was left of a nice bridge that had been washed out by spring flows so we opted to bushwhack the deadfall until the trail returned to our side of the river for another mile or so. 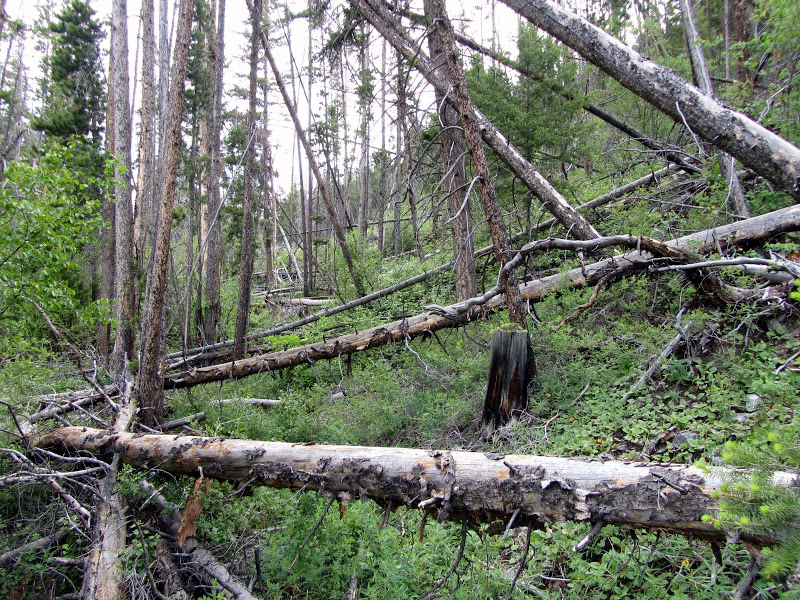 After 2 hours on the trail, we still had 4,000 vertical feet to climb when we left it. Four hours later, we finally summitted as the jet stream descended to greet our arrival. We were somewhat surprised to find NSPSV. 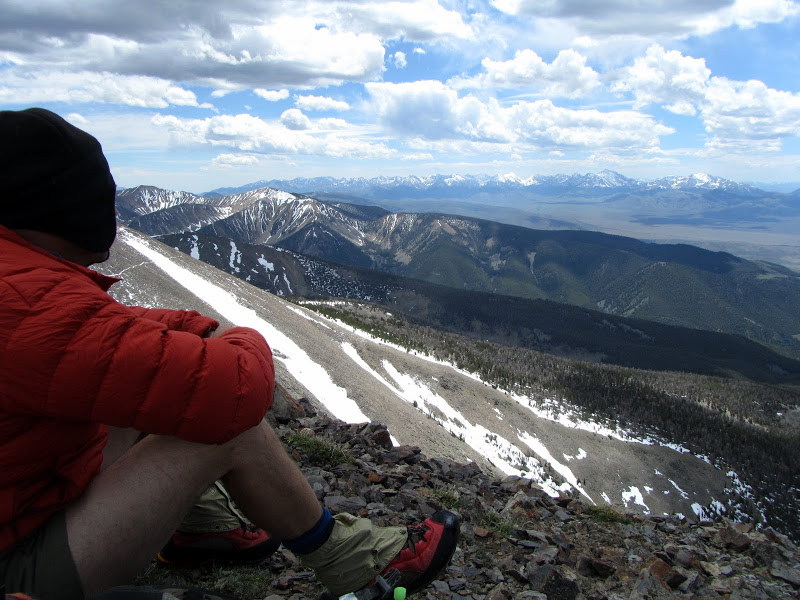 The view from the summit of Peak 10972. George Reinier Photo.

We chose to follow our ascent route down. The mountain is made of talus that takes just as long to descend as it does to climb, which made for a 12-hour day.When we were sitting around the fire that night drinking victory beers, John recalled something in IACG about a suggested route for Big Creek Peak from the north which included a picture (below), so we broke out the book. The text reads: “The recommended route begins at Yellow Pass …and then traverse around the West Side of the next high point on the ridge”. That high point is Peak 10972 with 352 feet of prominence …it just doesn’t get any respect. 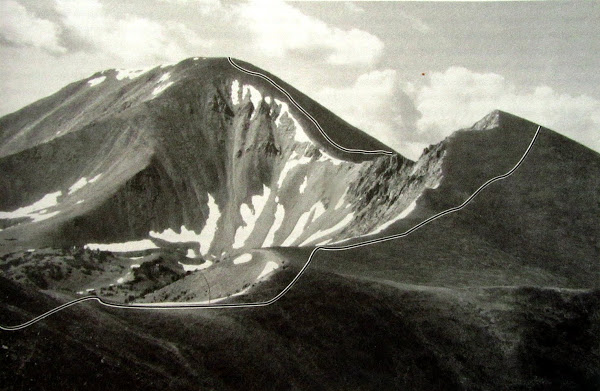 The photo in the book showing my bypass of No Respect Peak.