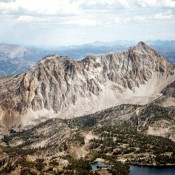 Climbing and access information for this peak is on Page 223 of the book.

Peak 11202 is a White Cloud Peak that sees few ascents, because it looks forbidding from all angles. Some people call this peak “Cardiac Peak” and some call it “Granite Peak.” I think that Idaho has enough Granite Peaks. Rick Baugher made the first known ascent via the Class 4 Southwest Ridge. Cardiac Peak is unquestionably difficult and undoubtedly an Idaho Classic! USGS Boulder Chain Lakes

Livingston Douglas pioneered a new route up the west ridge/southwest face in 2016. His route is set out farther down the page.

“After setting up camp, I left the others in hopes of climbing ‘Cardiac Peak,’ the 7th-highest peak in the range. After a quick jaunt up the trail to Shelf Lake, I headed up the toe of the ridge leading to Point 9530. The peak looked very steep from this angle, but doable. I wasn’t exactly setting a blistering pace, which was a concern since it was late afternoon and the summit was 2.5 miles and 2,300 vertical feet above Hatchet Lake.”

“Then the rain clouds rolled in and slowed me even more. After about 30 minutes hunkered down among the trees, I finally decided there would be no thunder and lightning with this storm. So I donned my 79-cent emergency parka and continued onward and upward through the drizzle. I was relieved when I finally reached the ridgeline, as that’s where the climbing became much easier. The exposure to the north was huge, but fortunately there was a solid route most of the way on the south side of the East Ridge. The crux of the climb was about 100 vertical feet below the summit, and a nasty loose Class 4 section that I eventually got past after trying a few different options.”

“The rain let up just before I reached the summit and I got to enjoy the views from this seldom-climbed peak for a while before heading down. On the way back, I elected to avoid the crux and descended a steep scree gully down the South Face. It was time consuming to carefully make my way about 1,500 vertical feet down the loose gully, but it allowed me to bypass the crumbling and exposed rock on the ridge. Once off the steep portion of the face, I wandered through the trees and picked up the trail on the north side of Lodgepole Lake.”

Be sure to use the link below to read Dave Pahlas’ entire trip report which covers several other peaks. 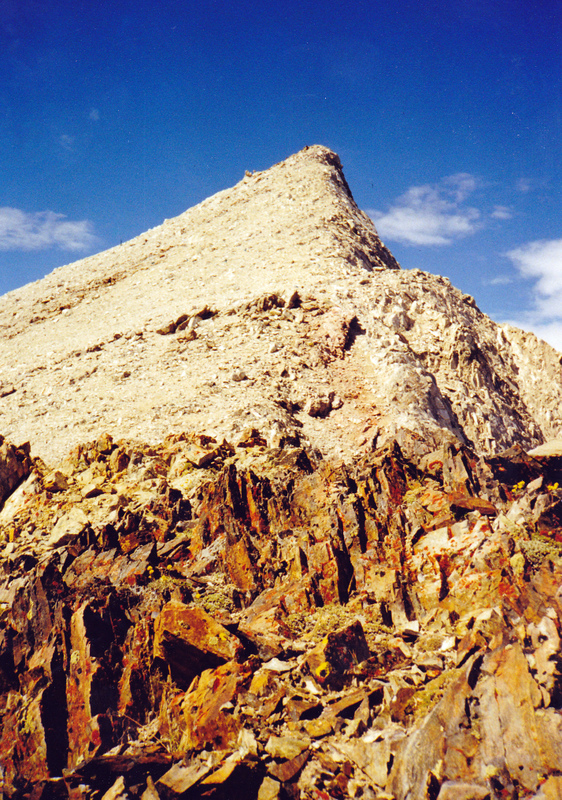 Cardiac Peak is also called Granite Peak by some. This peak divides the Big Boulder and Little Boulder drainages. The upper reaches of the peak are composed of a rubbly, unstable, silicified limestone. This is the southeast aspect of the peak. Rick Baugher Photo and Commentary 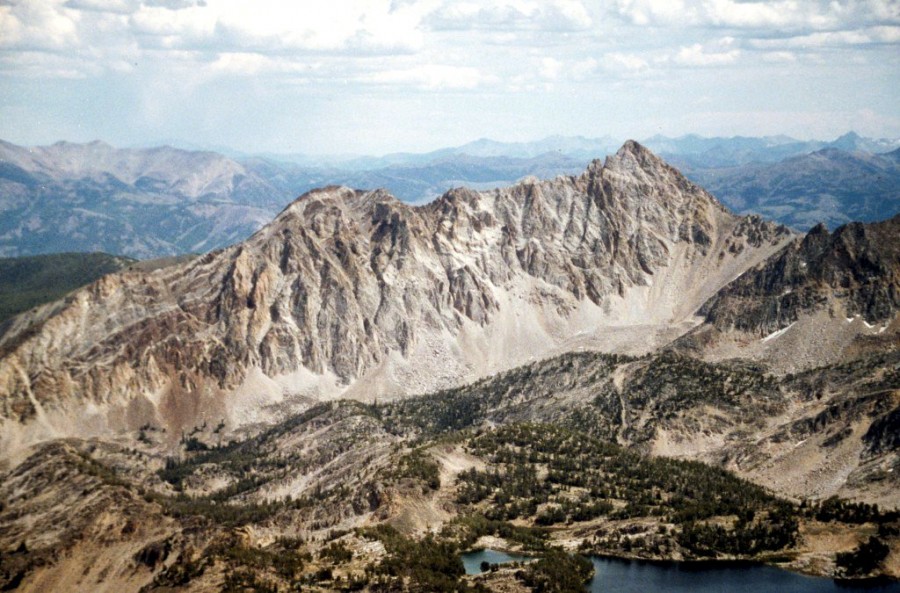 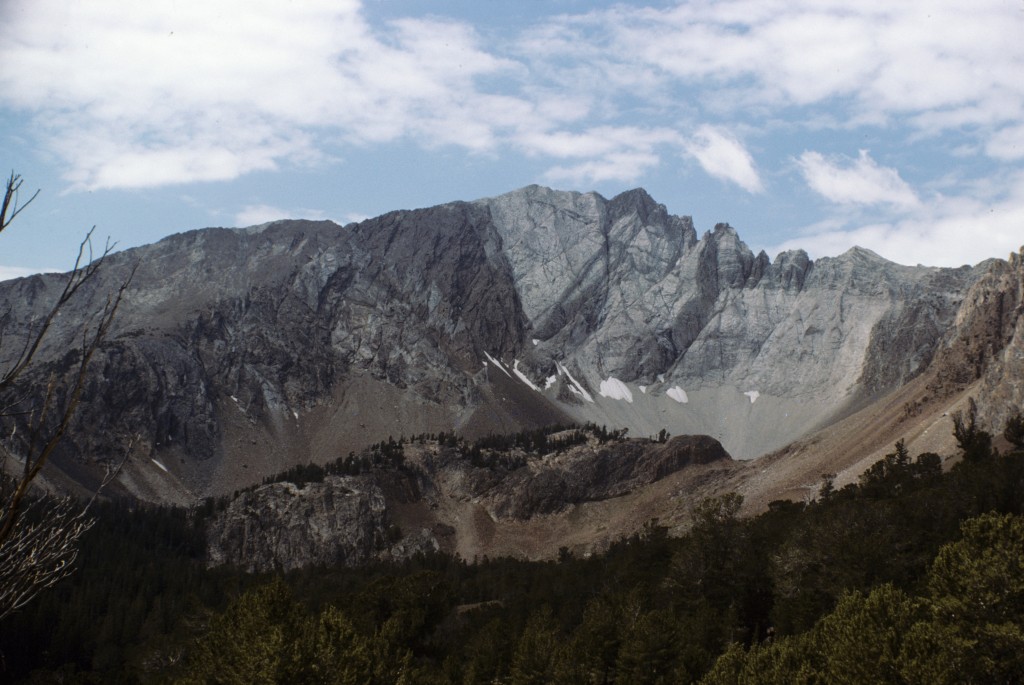 From the upper basin, proceed leftward/south-southeast by climbing the large boulders. Then, follow a steep gully of glacial moraine (sand, gravel, scree, and talus) due south to reach a flat area on the West Ridge at 10,460 feet. Be very careful in the steep gully, as the glacial moraine is dreadfully loose, particularly on the descent. You will knock down lots of rocks and will probably fall on your backside a few times when descending. You might even tumble a boulder down the slope. Class 3 difficulty.

The wide gully is a welcome sight. It looks easy, but is very loose. Climb NNE up the gully, but it will be difficult to find good footing. Use the rock ribs to help yourself ascend. It’s difficult to determine the actual summit. Yes, it’s at the northwest end of the summit ridge, but it’s difficult to see it clearly. Observe a section of whitish-colored rock high up that appears to be the high point. Climb up the wide gully to reach this whitish-rock area.

Unfortunately, the whitish-rock turns out to be crumbly schist and it’s a headwall. Climb the headwall of crumbly, white schist and watch your footing. With some hard work, you will reach the summit ridge and realize that the high point is farther to the northwest, but not very far. The ridge scramble from here is easy. The true summit has darker, more stable rock (albeit equally steep).

The view from the top of Cardiac Peak is nothing short of stunning, with a panoply of lakes below you in all directions. When you descend, it’s best to descend directly south off the true summit rather than descend the awful schist you climbed. While still steep, the darker rock comprising the true summit is of much better quality than the crumbly, white schist. After descending a little ways, follow the wide gully down to about 10,600 feet. Here, retrace your route back to the Big Boulder Creek trailhead parking area. If you also climbed Peak 10718 as I did, you will have put in a full day. 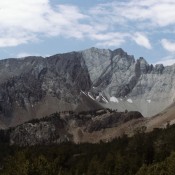