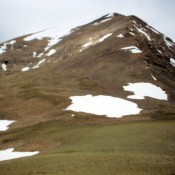 Climbing and access information for this peak is on Page 285 of the book. The book lists this peak as 11,240 feet. Lists of John shows the elevation as 11,260 feet. Livingston Douglas provided the following clarifications which update the book entry for this peak: On Page 285 (for Peak 11240), the reference to “east ridge” should be “northeast ridge.” The reference to “West Side Crest Trail” should be “East Side Crest Trail” (as per Page 294). The reference to the “peak’s east ridge” in the final sentence should be the “peak’s west ridge.” On Page 294 [(D)(4)(a)], the East Side Crest Trail is now signed as “Wet Creek/Last Lost Trail” and is FST-245 not FST-092. FST-092 (now signed as FST-4092) only pertains to the section of the trail that goes from FSR-539 to Bear Lake [(D)(4)(b) on Page 294]. Livingston Douglas also provided the new route and photos which are found below. Updated November 2021

Peak 11260 is one of three 11ers that surround the headwaters of Wet Creek and a small tarn named Nolen Lake. Derek Percoski reports that the east rib is climbed via steep but stable rock and is Class 2. The connecting ridge to Ross Peak is also Class 2. You can also ascend to the saddle between the two peaks from Wet Creek and the tarn on steep, talus-covered ground. USGS Massacre Mountain 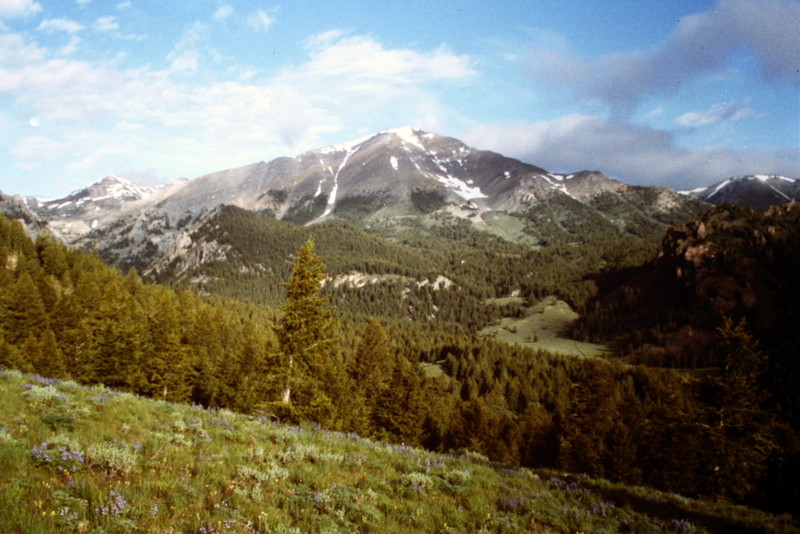 This view is from the Pass Creek Summit area. 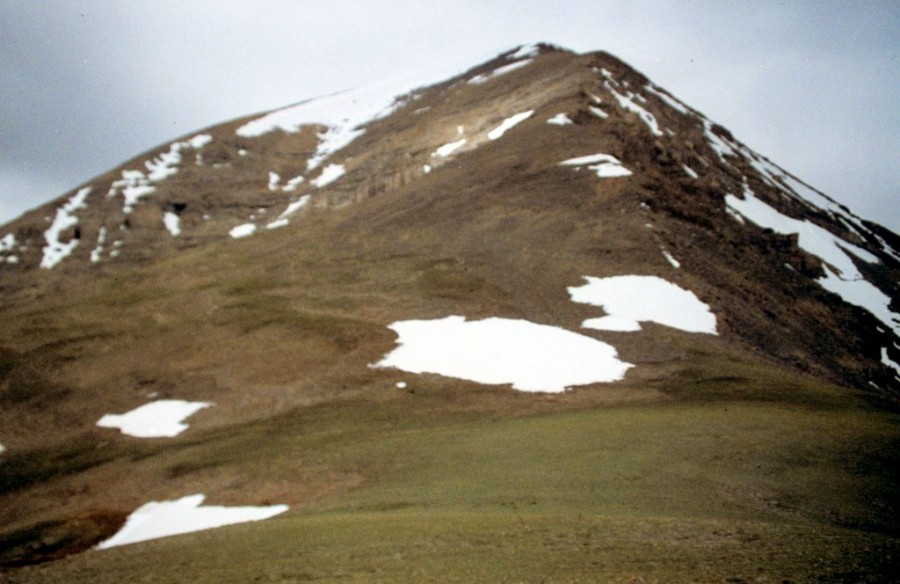 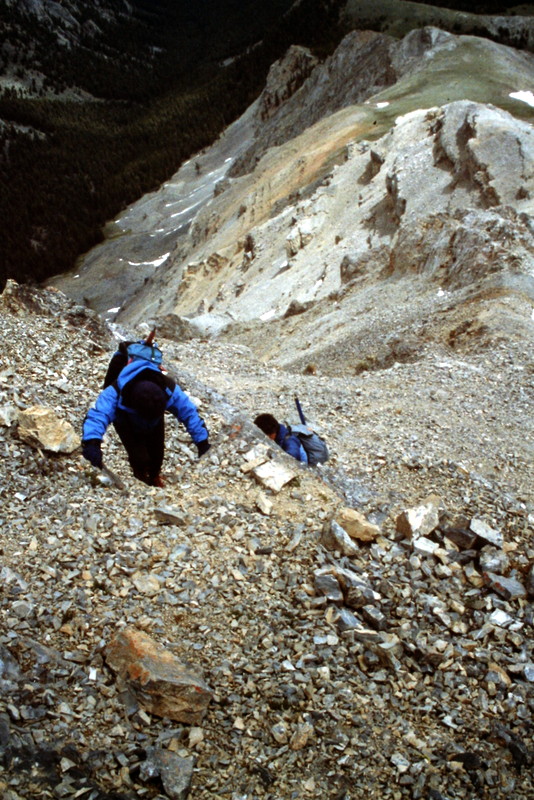 The northeast ridge is the best route up this peak. There is some Class 3 terrain but the ridge is mostly Class 2. 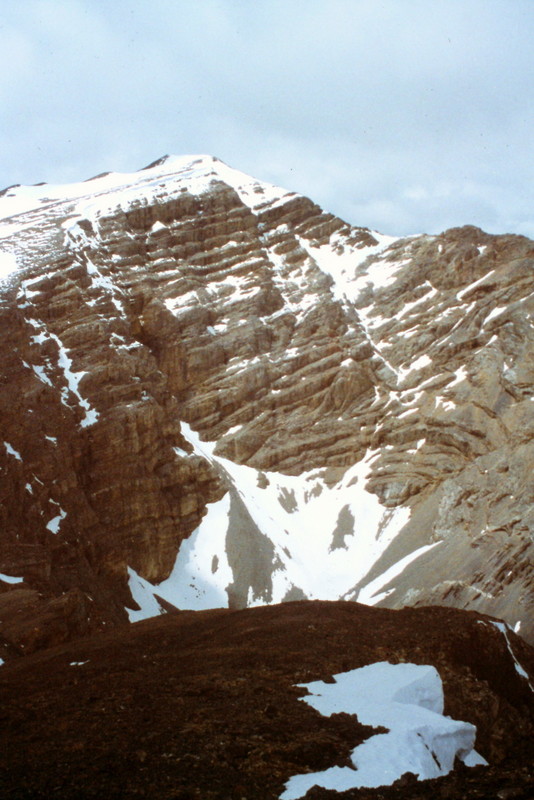 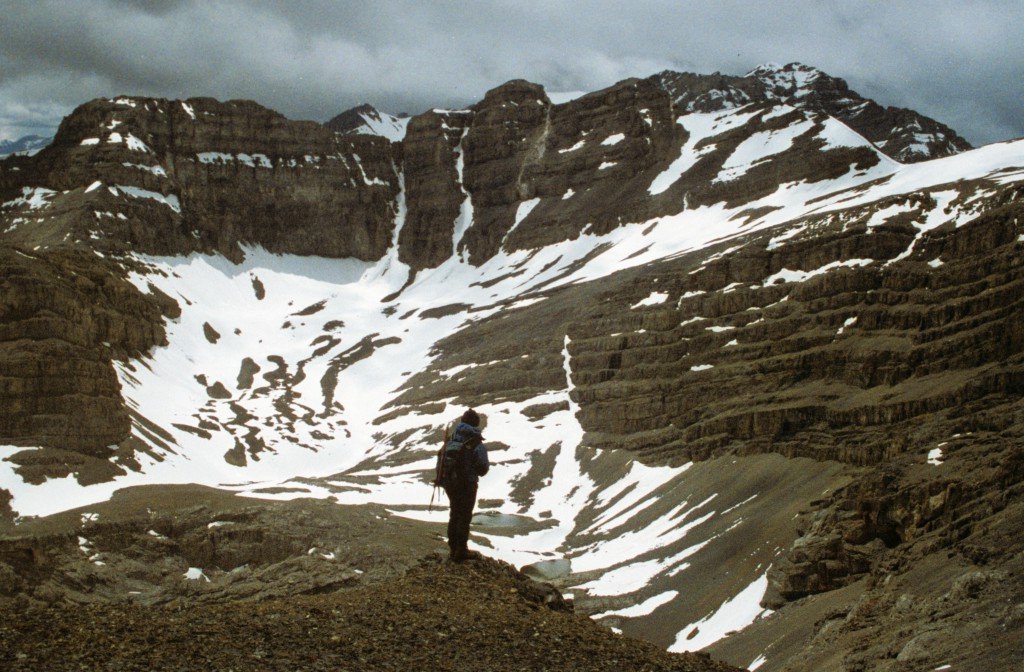 The view from Last Lost Peak into the upper Wet Creek drainage and Limestone Peak.

This writeup describes a new route up Last Lost Peak: the Southeast Shoulder. 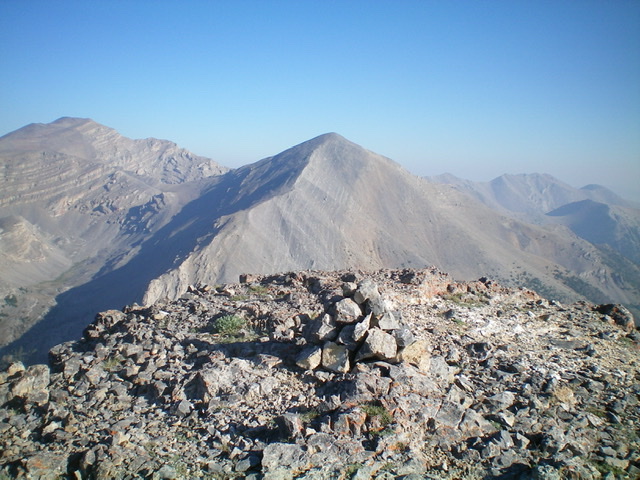 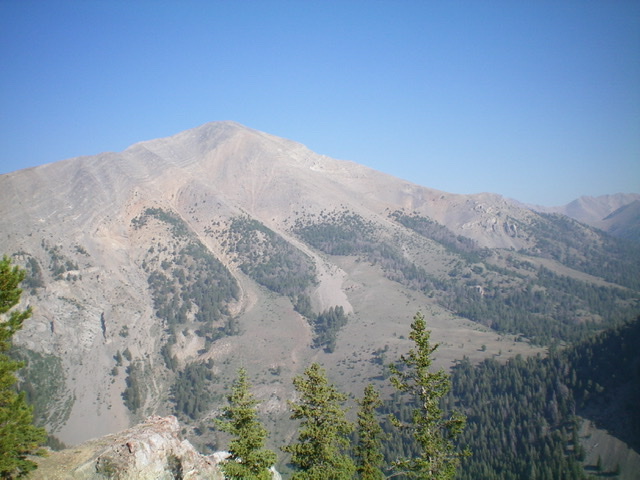 Pass Creek Road/CR-122 is located along US-93 south of Mackay and is signed as 3900W. This junction is exactly 7.4 miles south of Main Street in Mackay and 18.3 miles north of the junction of US-93 and US-20 in Arco. Turn north onto [signed] Pass Creek Road and reset your odometer. At 11.5 miles, reach Pass Creek Summit and cross a cattle guard. Turn left/west here onto [unsigned] FSR-539 and drive 2.1 miles to the signed trailheads for FST-4092 and FST-245/Wet Creek Trail (signed as FST-063 and “Wet Creek/Long Lost Trail”). Park in a pullout across from the trailhead (8,020 feet). These two trails used to be one trail (FST-092) years ago, but things have changed.

The USGS map fails to show FST-245/Wet Creek Trail and FST-092/East Side Crest Trail. This is a MAJOR oversight on the part of the USGS and makes the map almost useless except for the terrain and contour lines. The USGS map mispositions FSR-539. From Point 8015, the road heads north then northeast then east to follow the Wet Creek drainage downstream. It does NOT head northwest then northeast as the USGS topo map indicates.

From the 8,860-foot connecting saddle with Peak 9188, follow the [obvious] rounded ridge of the southeast shoulder west-northwest then northwest up through a patch of forest to reach the rocky, open terrain that characterizes most of this route. The southeast shoulder leads directly to the south ridge of Last Lost Peak, a short distance below the summit. There is a massive gully on its left/southwest side for most of the ascent. High up, the shoulder becomes more of a face just below the summit. Initially, the scramble is across open sagebrush with good visibility.

Scattered pines enter the mix and, surprisingly, the forest gets thick and visibility disappears. At this point, you have two choices. Head straight up through the forest (weaving around trees as necessary) with no visibility but reasonably stable footing on pine duff and short scrub OR stay left/south of the forest with good visibility but worse footing (loose scree/gravel). I chose the former for the ascent and the latter for the descent. If you go straight up through the forest, you must angle left/south after exiting the forest. Once above the forest, stay on the [somewhat ill-defined] crest of the southeast shoulder and grind higher on mostly scree and gravel.

As you gain altitude, the terrain steepens and the mix of talus, scree, and gravel becomes somewhat loose. Look for embedded rock and goat trails to gain footing. The final push to the summit crest is more of a face climb than a ridge climb but, thankfully, the slope eases near the summit and the rock is not as loose. The southeast shoulder joins the south ridge about 100 vertical feet below the summit. Go right/north onto the south ridge for the final, easy scramble to the top. The summit of Last Lost Peak is a bare hump of scree. It has a modest cairn and offers magnificent views of the surrounding area. 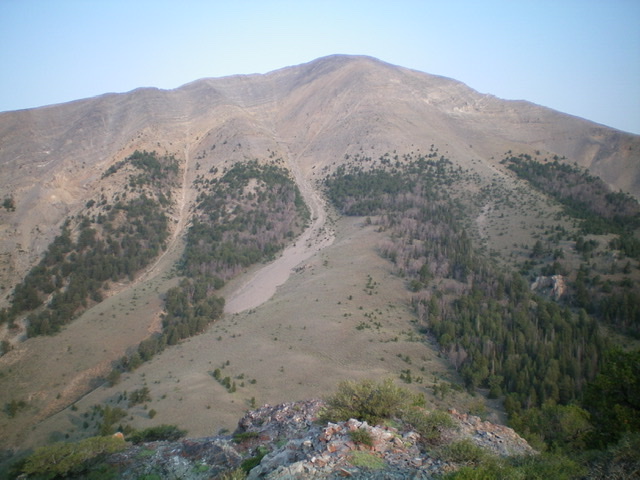 The southeast shoulder (just right of center). This was my ascent route. Livingston Douglas Photo 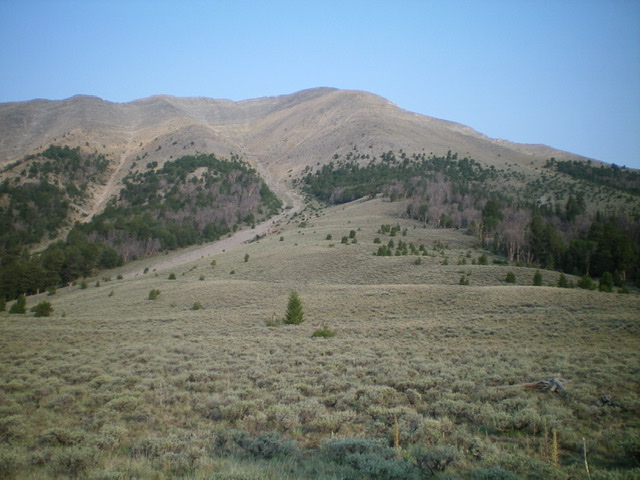 Looking up the southeast shoulder (right of center) from the saddle at its base. Livingston Douglas Photo 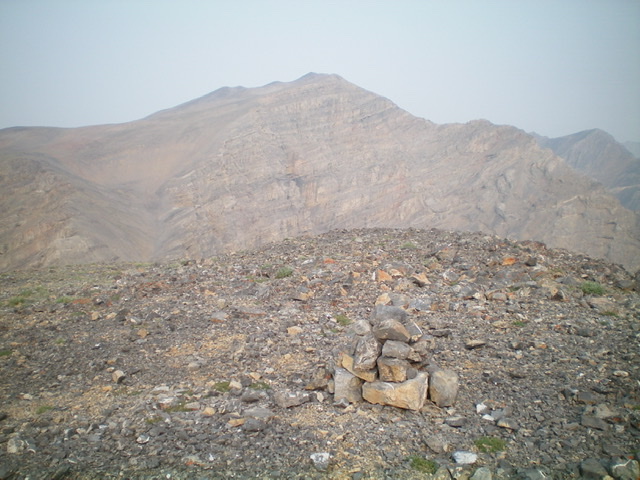 From the summit, descend the southeast shoulder back to the 8,860-foot connecting saddle. From the saddle, contour northeast then east through pine forest to return to the northeast ridge of Peak 9188 without re-climbing the peak. This is easier said than done because visuals are often nil and the terrain is confusing, particularly with the semi-forested plateau at 8,850 feet. Head east-northeast down through the forest on an elk trail to reach rocky Point 8267. It is critical to find this rocky point so that you can descend the narrow northeast ridge from here down to the north side of Wet Creek and find your way back to the trailhead. If you wander too far right/east, you will reach the impassable cliffs on the east side of Peak 9188, so be careful.