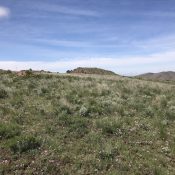 This peak is not in the book. Livingston Douglas added the more direct North Face Route set out below. Updated November 2022

As US-20 climbs east up Rattlesnake Creek, it passes the site of a former tollgate. The road makes a sweeping right-hand turn and then a sweeping left-hand turn to climb out of the drainage. As the road completes the left-hand turn, it passes between two large hills. The hill to the left/north is Tollgate Hill. The hill to the right/south is Peak 5317. Rough [unsigned] roads exit the highway on both the east and west sides of Tollgate Butte. USGS Teapot Dome

For the route shown on the GPS track shown below, access the peak from US-20, 13.0 miles north of I-84 and the Pilot Truck Stop by turning right/south from the highway at an unmarked junction. There is a large parking just off the highway. A 4WD road crosses through a fence gate and proceeds southeast and eventually climbs up the east slopes of the peak.

Once you are through the fence, climb the peak by simply heading toward the summit. We drove partway up the road to shorten the hike. At the road’s high point, we turned west and followed the broad, grass-covered slopes to the summit. 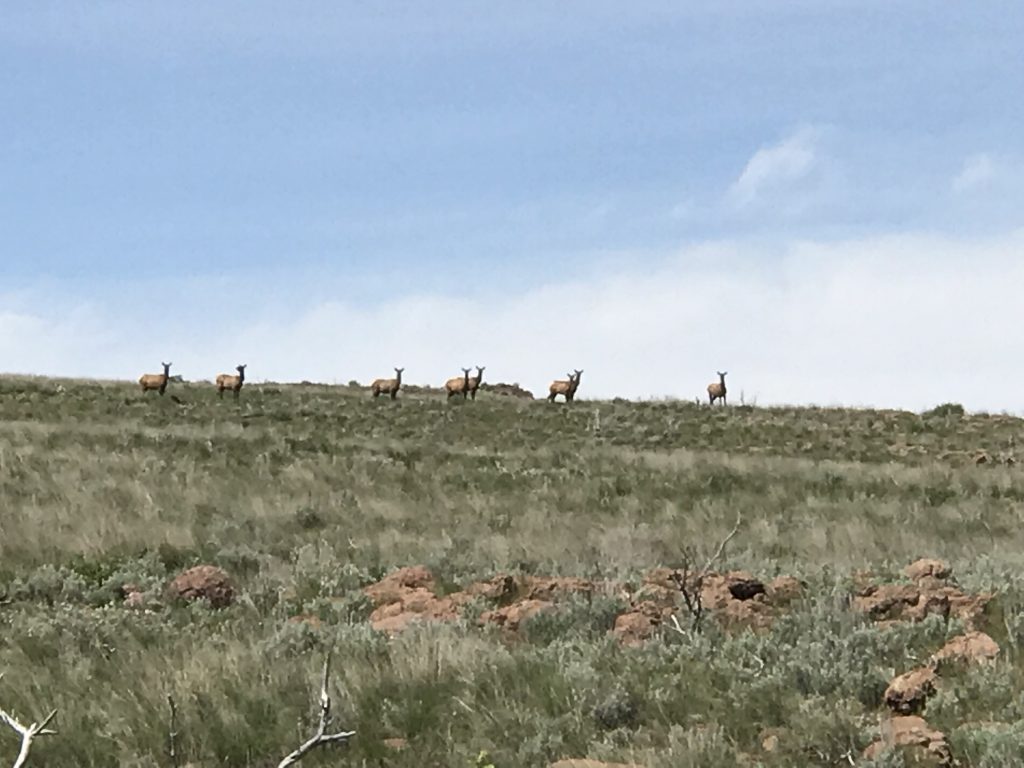 A  herd of elk 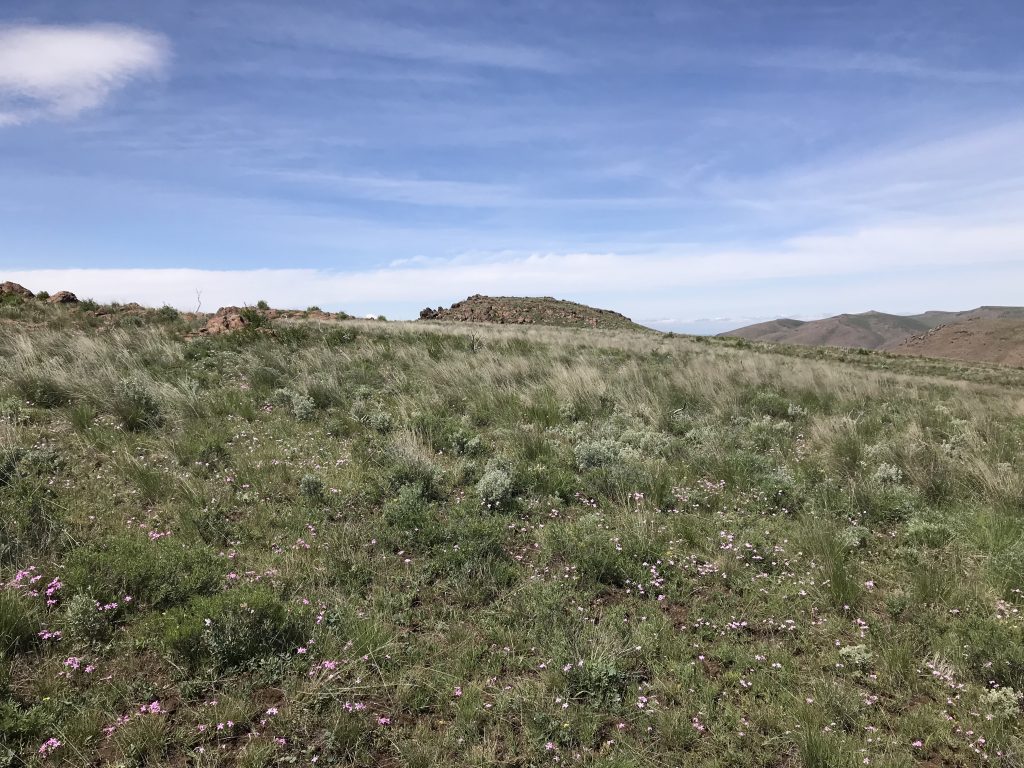 The summit of Peak 5317 as viewed from the east 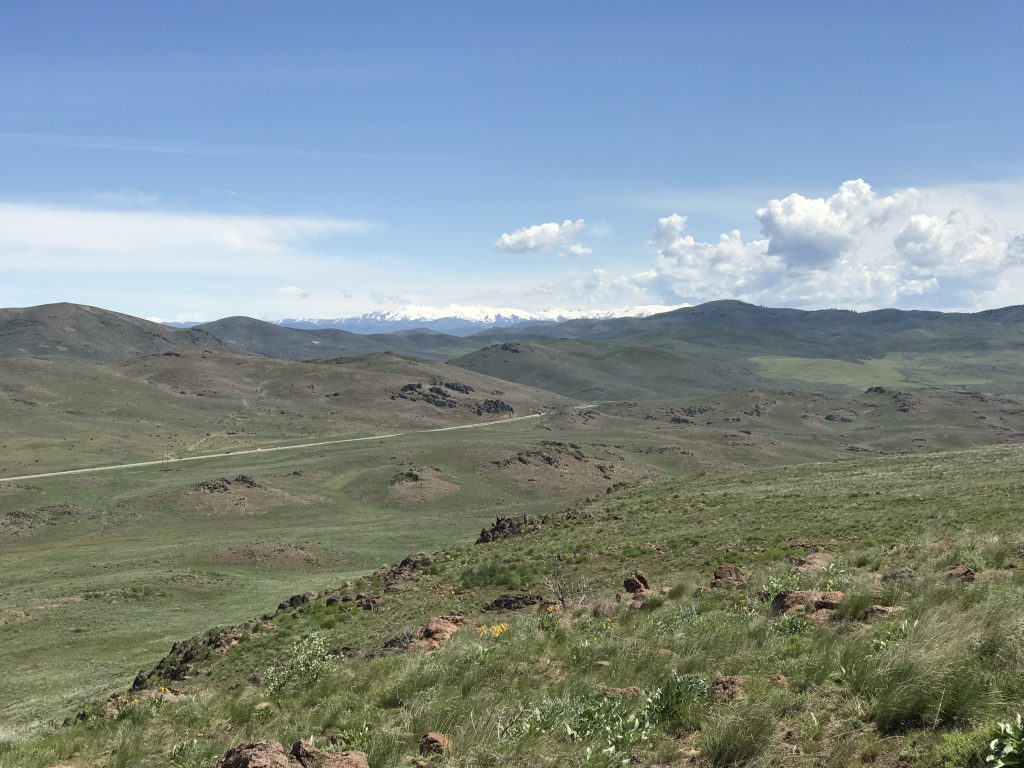 Looking northeast from the summit. US-20 is in the foreground. 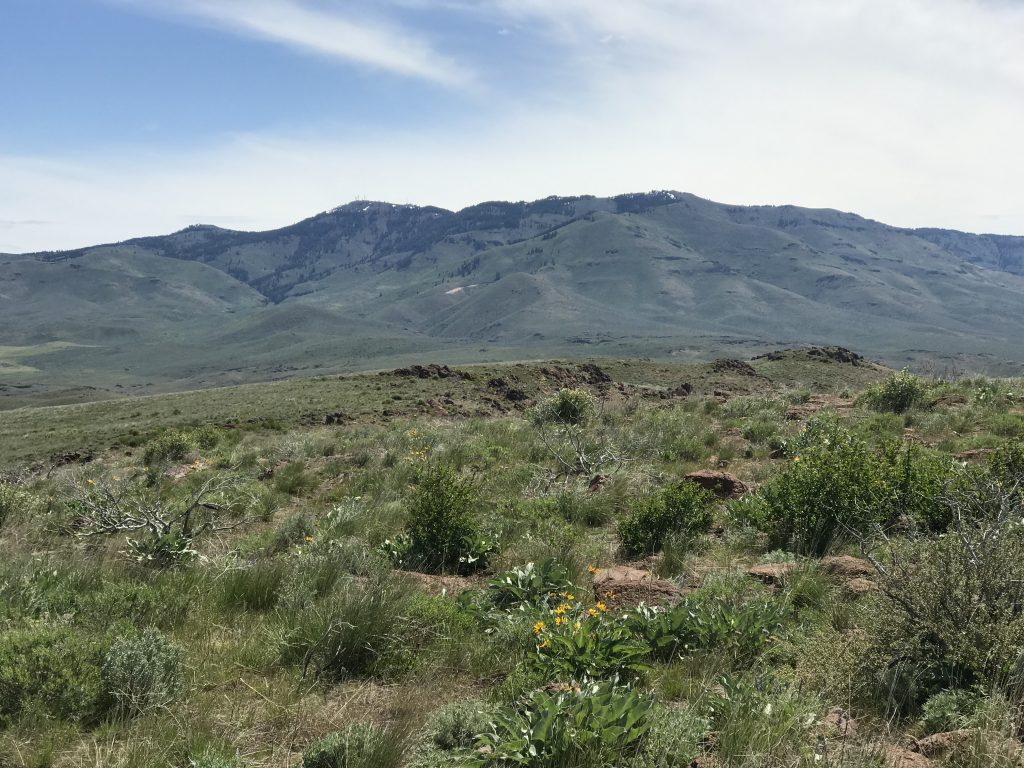 Mount Bennett as viewed from the summit of Peak 5317. 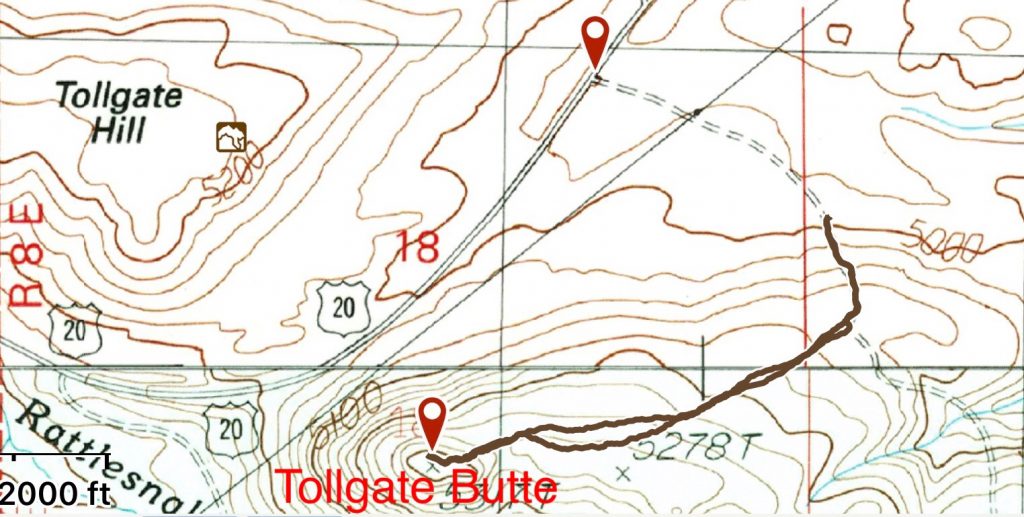 My GPS track measured 1.4 miles with 235 feet of elevation gain.

Park at an unsigned road junction and large parking area (4,932 feet) on the south side of US-20. GPS coordinates: 43⁰15’18”N, 115⁰32’40”W. This parking area sits at the base of the north face of Tollgate Butte. Bushwhack east briefly then south, heading directly at the summit ridge. The sagebrush slope isn’t too bad. After reaching the tilted summit plateau, scramble right/west up the ridge to reach the true summit.

Tollgate Butte has three potential high points in the summit area, which is at the west end of the summit plateau. All of these potential high points are rocky outcrops. The westernmost outcrop is about five feet too low. The central and eastern outcrops are of equal height. There is no summit cairn or benchmark atop any of them. The north face route is the most direct route to the summit and does not require a 4WD vehicle or a drive on a 2-track road that may be rough or rutted at times. 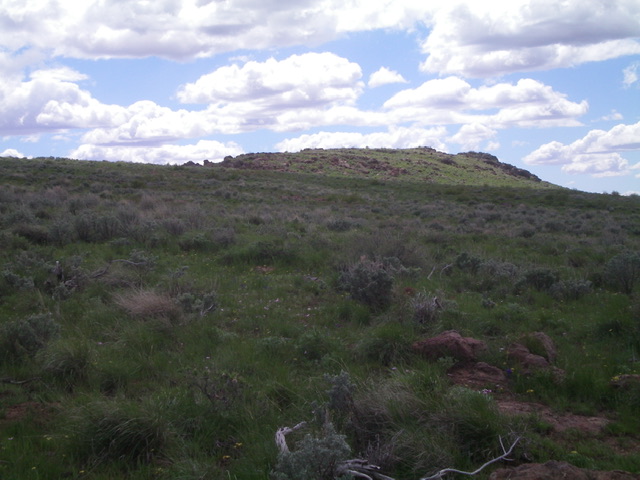 The summit block of Tollgate Butte as viewed from the northeast. Livingston Douglas Photo 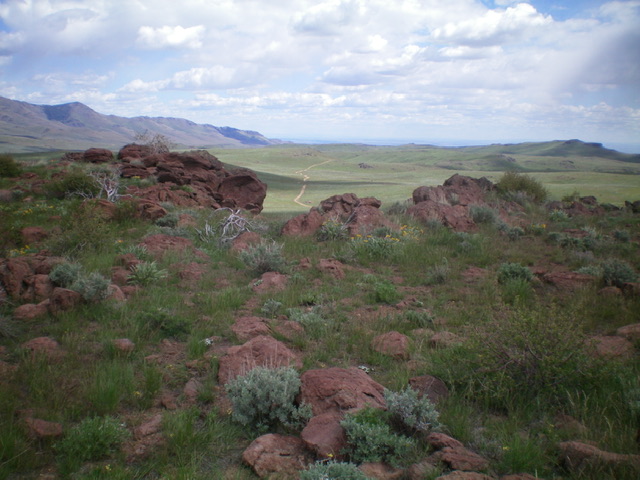 View from the summit of Tollgate Butte. Tollgate Hill is the flat hump in mid-ground in the distance. Livingston Douglas Photo