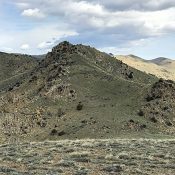 Peak 5580 is located on the northern flanks of the Silver City Range in the Owyhee Mountains. It is part of a large uplifted area north of the main crest and Sinker Creek. This section has several points which fall under 300 feet of prominence, including Peak 5428. The open ridges are a great early-season hiking destination. Great views of the Snake River Plain and the higher Owyhee Mountains are an additional lure for climbing this peak. USGS Silver City 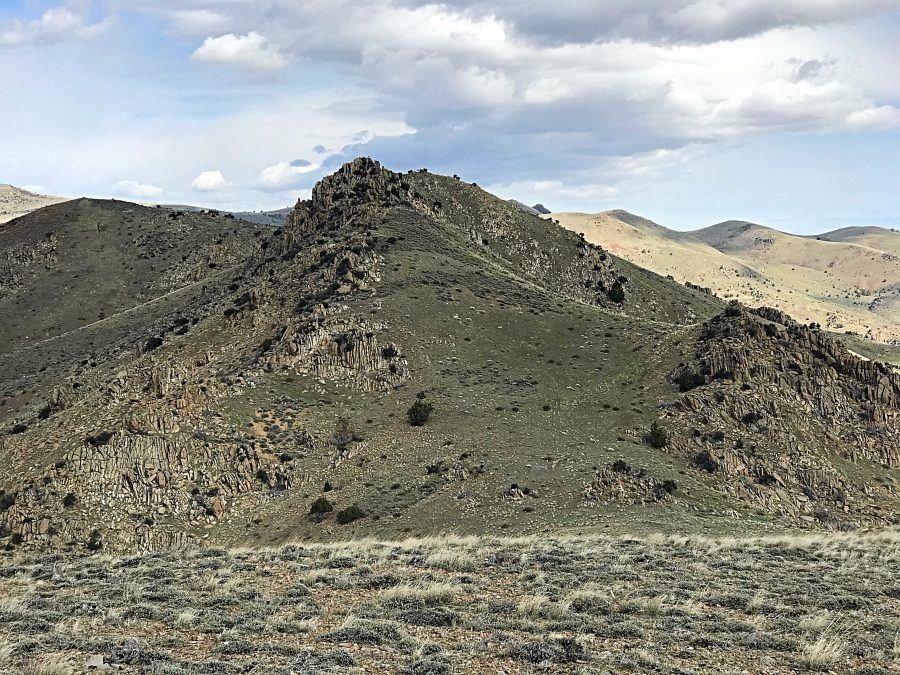 Peak 5580 as viewed from Peak 5428. The highest point is behind the granite outcrop.

The peak has two points of almost equal height. One is an impressive granite outcrop and the other a rounded knoll. The rounded point is the high point. An exposed Class 3 scramble will get you to the top of the outcrop. This peak can and has been climbed from the north, east and south. Brett Sergenian has climbed the peak several times from the north and with me from the south. Use the link below to read Brett’s trip report.

The peak is accessed from the Silver City Road [(A)(2) on Page 346]. To climb the peak from the north, follow the road to the signed Stage Coach Road Junction. Turn right and take this rough road to the peak’s northern slopes. See Brett’s Trip Report.

To climb the peak from the east, continue along the Silver City Road to one of the many turnouts. Using your map, pick a line on a ridge or a drainage and simply follow your line to the summit. Make sure you have a good map. To climb the peak from the south, continue on the Silver City Road until it reaches Sinker Creek at which point you are at the base of the peak’s South Ridge. There are several places to park at the crossing.

From the point where the Silver City Road crosses Sinker Creek, a steep 4WD track climbs due north toward the ridge that contains Peak 5428 and Peak 5580. This road is shown on the USGS Silver City Quad. It climbs steeply up the South Ridge, gaining nearly 800 feet of elevation. I recommend hiking this road. There is no place to safely turn a vehicle around at its end.

From the end of the road, look for a game trail running due north toward the eastern slopes of Peak 5428. Follow this trail which ends once across a steep side hill. From this point, you can either climb over Peak 5428 or by pass it along its eastern slopes. In either case, work into the saddle between Peak 5428 and Peak 5580. From the saddle, climb to the base of the granite towers that compose the peak’s lower southern summit. You can easily bypass this rocky outcrop on the east side and then climb up to the true summit. 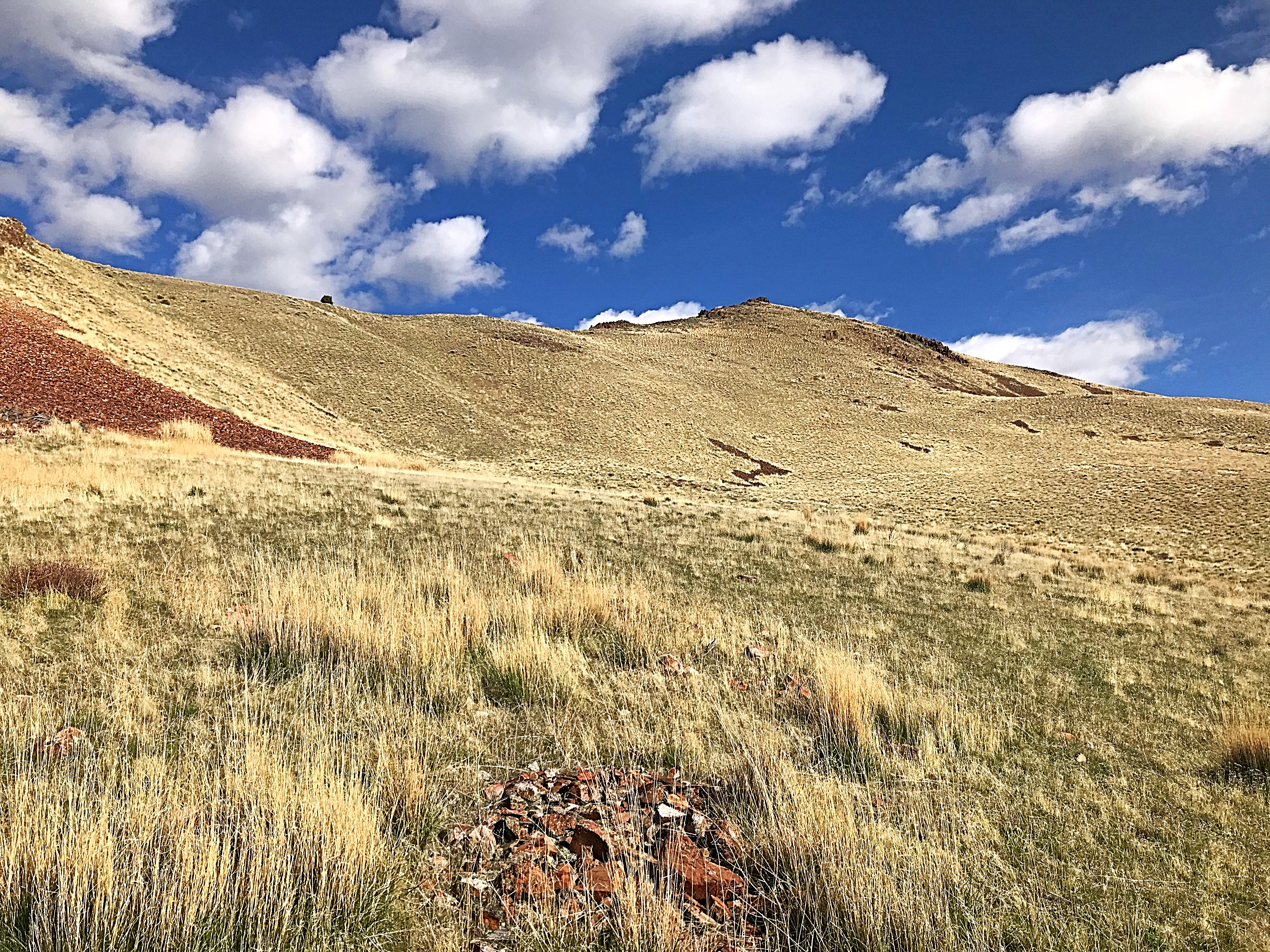 The game trail from the end of the 4WD road leads to this high meadow on the Southeast Side of Peak 5428. 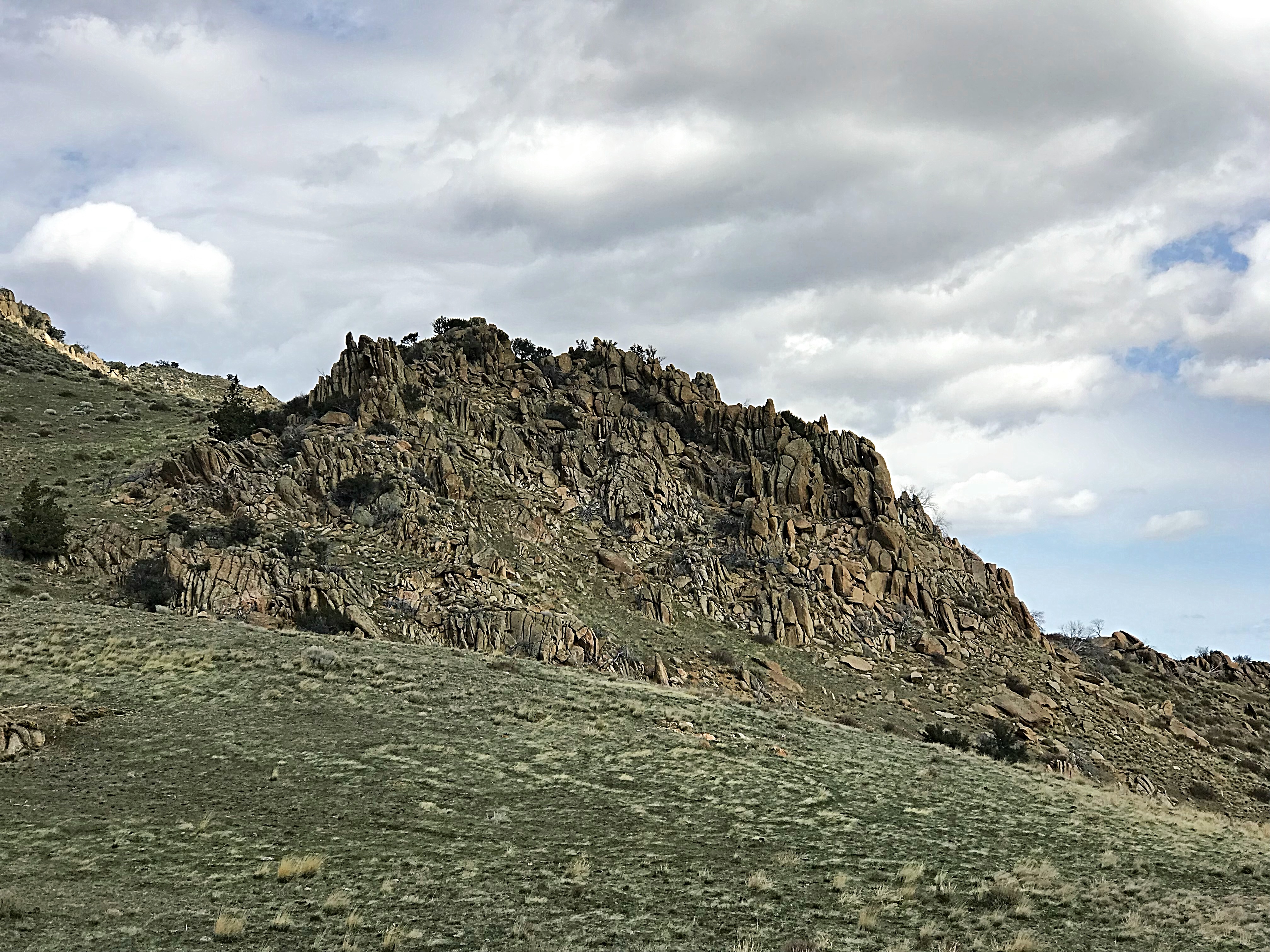 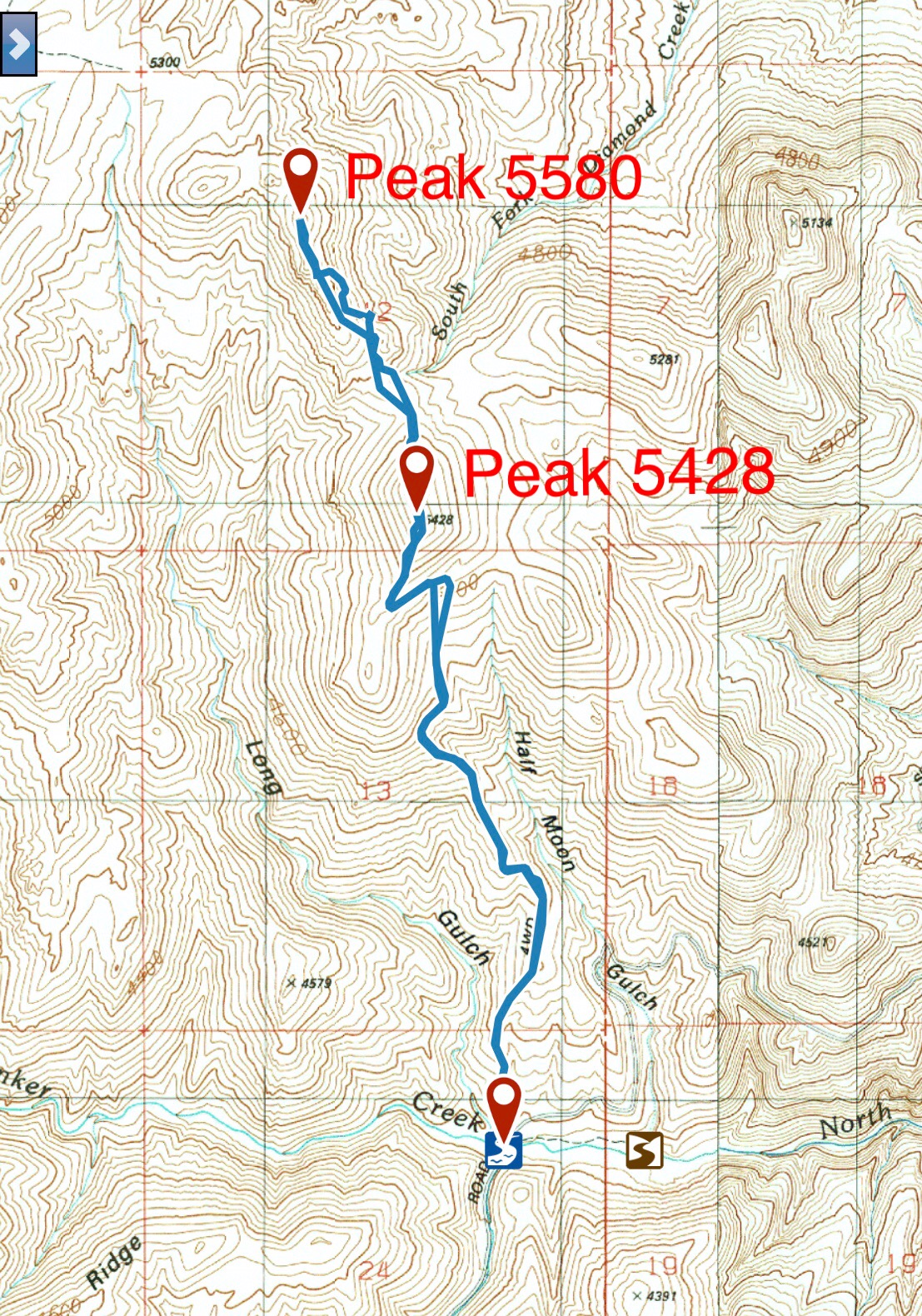 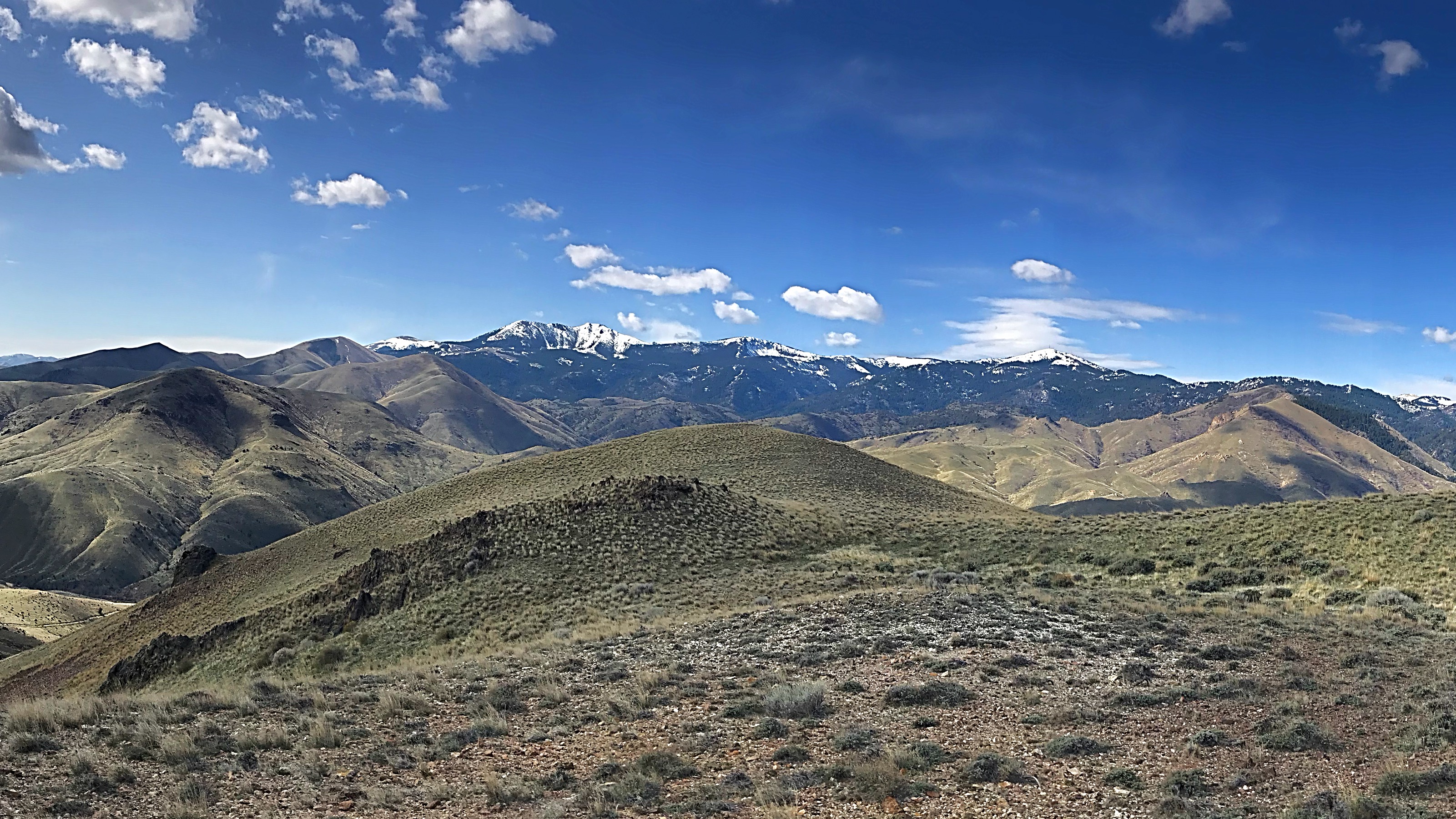 The Silver City Range as viewed from Peak 5428.