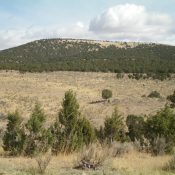 Peak 5641 is a small, forested ridgeline peak that is located on the northeast side of ID-37 at its junction with Meadow Brook Road/BLM-027. Its northwest summit (5,641 feet) is barely higher than its cairned southeast summit (5,640+) based on my altimeter readings. Peak 5641 is a bit of a testy bushwhack and navigational challenge due to thick junipers, narrow gullies, and a mix of public and private land. The west ridge route is entirely on public land (BLM land and Curlew National Grassland). USGS Holbrook 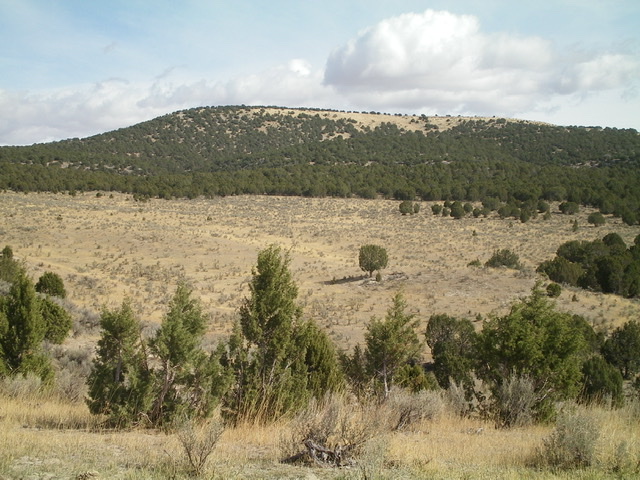 Peak 5641 is a flat-ridged summit, as viewed from the parking area on Road #049 to its southwest. The summit high point is at the left/northwest end of the juniper-clad summit plateau. Livingston Douglas Photo

There are some critical map errors that make this peak less readily accessible. Notably, Road #005 (shown on both the latest Caribou-Targhee National Forest/Westside Ranger District Map and the USGS topo map) does not exist near ID-37 anymore. I could not even find remnants of it. That road (if it still existed) would make a climb of Peak 5641 much easier in that you could get to the open, non-forested south ridge and east side of the mountain and climb to the top. Instead, you must figure out a different way to do this peak because the bushwhack to the south ridge would not be pleasant.

Road #049 (signed) is located 0.1 miles north of Meadow Brook Road/BLM-027 on ID-37. Drive just over 0.1 miles up steep FSR-049 to a flat bluff with a large parking area, just after crossing a cattle guard (5,055 feet). You can bushwhack far enough north from here to avoid the juniper-clad west side of the mountain and reach its open north side.

From the parking area, walk up Road #049 for ¼ mile to an unsigned road junction. Go right/east here onto a 2-track jeep road that heads east then turns sharply left/north to follow the left/west side of a fence row. This road is not shown on any maps. When the road crests, leave it and cross the stiff cattle fence to the right/east. Bushwhack east through a juniper forest to reach a steep-sided, narrow gully that lies at the base of the west ridge and west face of Peak 5641.

Cross the gully (not an easy task) then bushwhack east then northeast up through a juniper forest (weaving required) to reach the rounded west ridge. Follow the ridge east then southeast up to the true/northwest summit of Peak 5641. The summit area is a semi-open juniper forest and offers no visibility. There is no summit cairn. 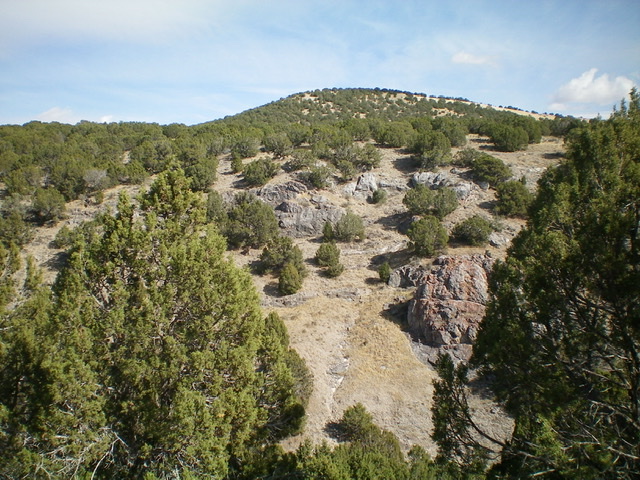 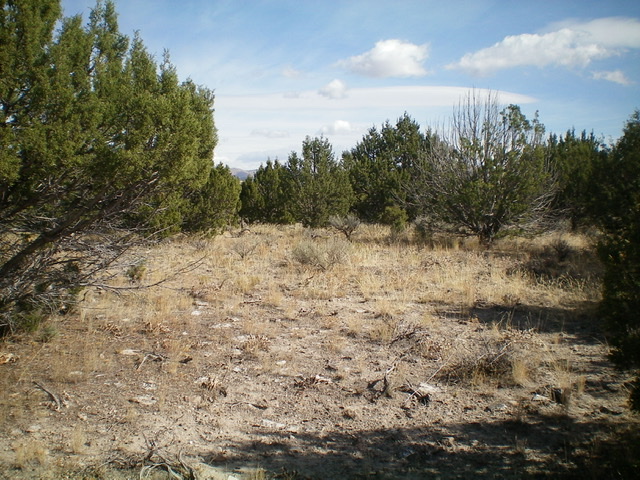 The summit area of the true/northwest summit of Peak 5641. Livingston Douglas Photo 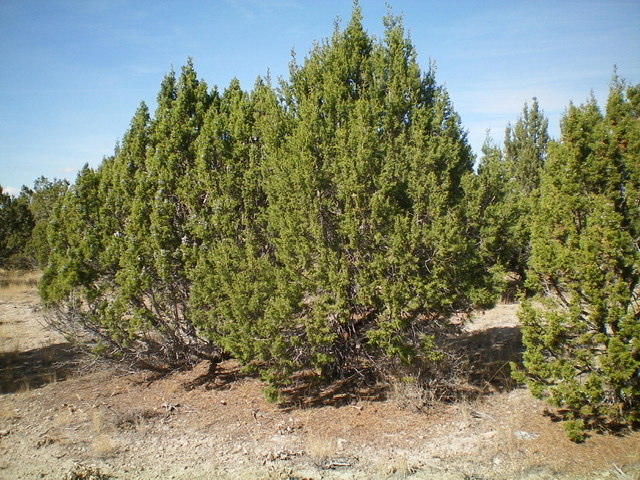 Another view of the summit area of the true/northwest summit of Peak 5641. Livingston Douglas Photo 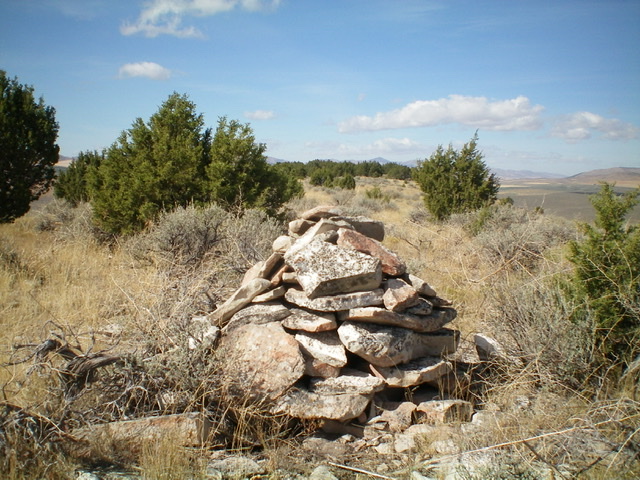 The large summit cairn atop the southeast summit of Peak 5641. Is this the real high point? Livingston Douglas Photo 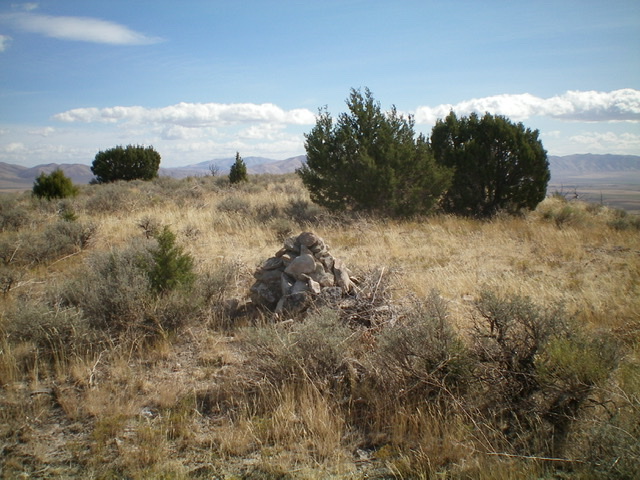 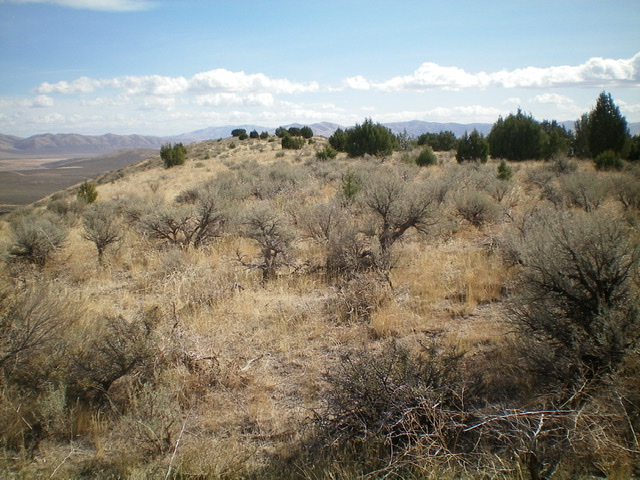 Looking back at the southeast summit of Peak 5641 from the northwest. Livingston Douglas Photo