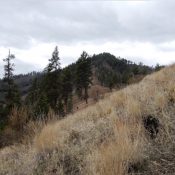 This peak is not in the book. This page is based on information from John Platt. His trip report is linked below. Published November 2018 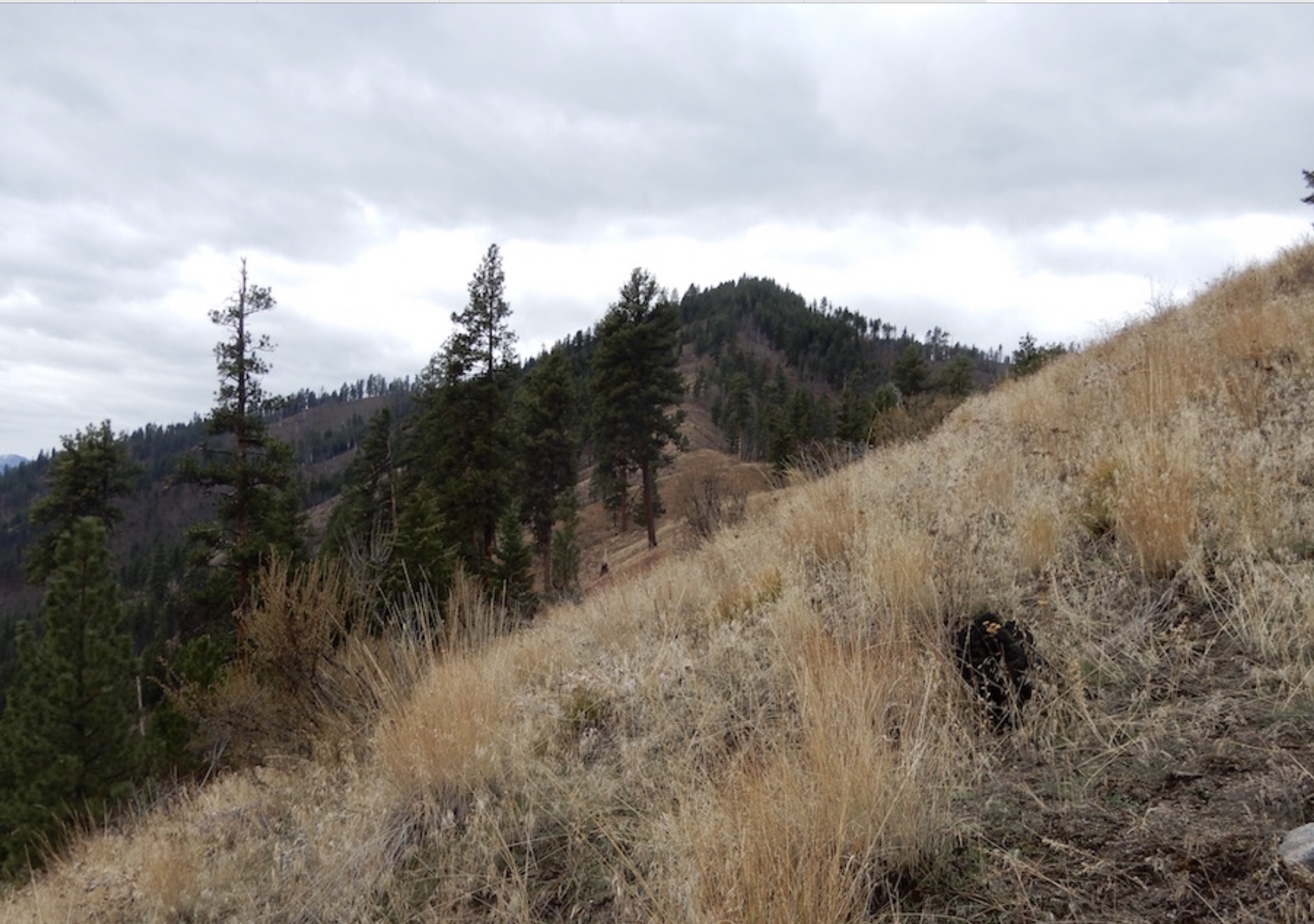 Cross the Secesh River Bridge and climb up the steep road cut on a game trail to the base of the ridge. The ridge climbs steeply at first but the angle soon lessens. John Platt encountered a rock obstacle on the ridge. Bypass the rock by dropping down on its East Side. John reports: “It’s pretty easy to follow the ridge crest and that means views. Also, there are game trails pretty much the entire way.” As you can see by the GPS track, John descended a different route. His loop route covered 6.1 miles with 2,720 feet of elevation gain. 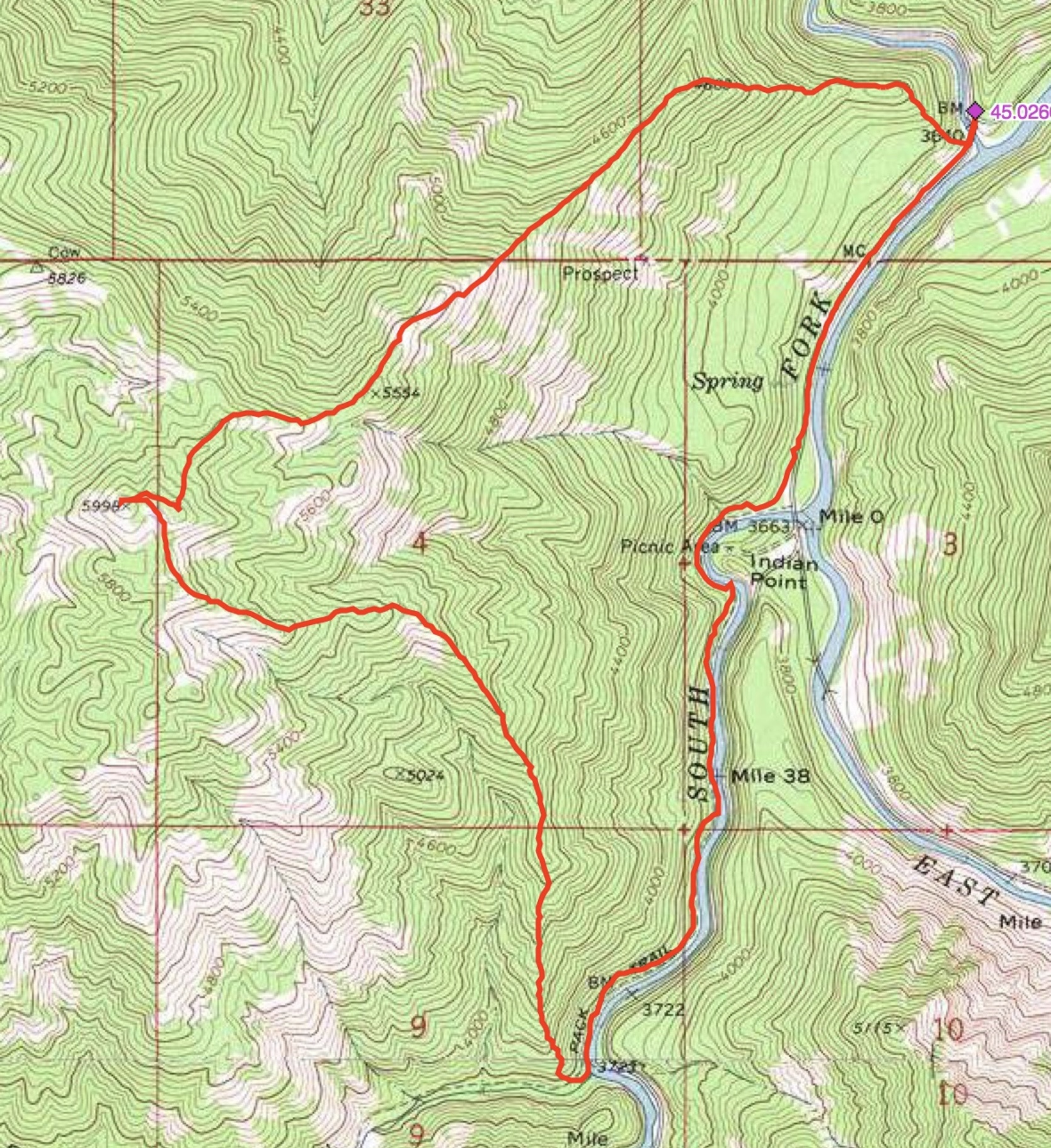