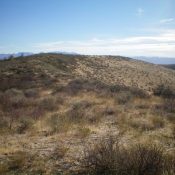 Peak 6150 is the high point of a sagebrush-covered hill that sits just above Holbrook Summit and to its south. The east summit (6,150 feet) is higher than the west summit (6,016 feet). Peak 6150 is easily reached via BLM-678, an ATV trail/road that heads south-southeast from Holbrook Summit to the 5,940-foot saddle between the east summit and the west summit. USGS Ireland Springs 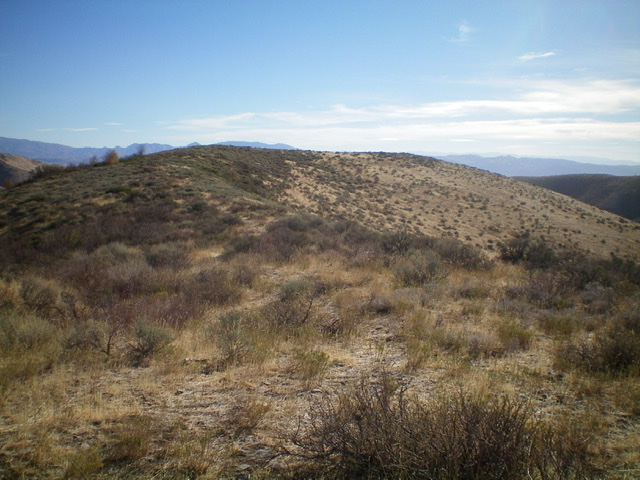 Looking east at the curved summit plateau of Peak 6150 from high on the east ridge. The high point is left of center in the thick sagebrush. Livingston Douglas Photo

This climb is mostly Class 1. From Holbrook Summit, follow BLM-678 (signed) south-southeast up to a ridge saddle at 5,940 feet. Please note that BLM-678 is NOT shown on maps. Leave the ATV trail/road and follow an old 2-track road east up the ridge crest (also not shown on maps) to a high point just west of the summit plateau. The road ends here. Follow a use/cattle trail east along the ridge crest through thick sagebrush and brush. 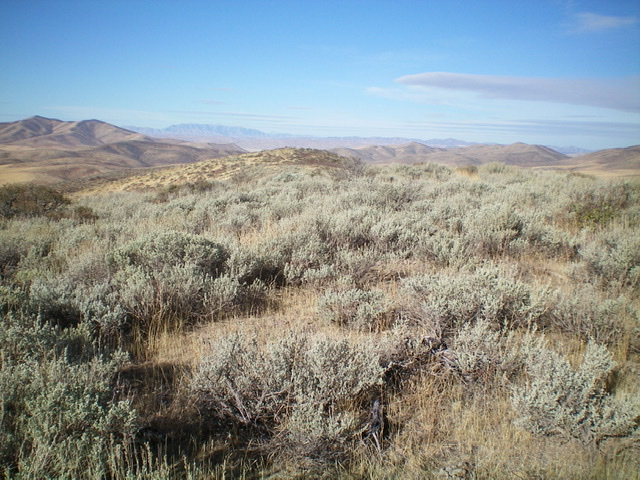 Looking down the west ridge from the summit of Peak 6150. Livingston Douglas Photo