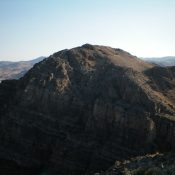 Peak 6435 is a rather insignificant, rocky hump that is locatedon the east side of Grand View Canyon. It is a short scramble up from US-93 at the mouth of the canyon’s north terminus. USGS Antelope Flat 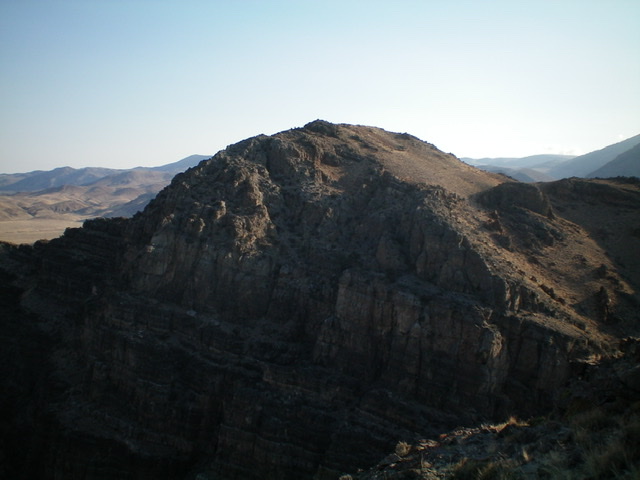 Peak 6435 as viewed from the southwest, across Grand View Canyon. Livingston Douglas Photo

Park in a paved pullout on the right/east side of US-93 south of Challis at the north end of Grand View Canyon (5,755 feet).

From the parking pullout, head east across a cattle fence, a dry gully, and a 2-track road to reach the base of the north ridge. Scramble east up a steep, loose slope of scrub and scree/gravel to reach the crest of the north ridge. Climb south up the west edge of the ridge crest on scrub (initially) then ridge rock with a few minor ups and downs. Higher up, the ridge morphs into a face. Scramble southeast up steep-ish ledges and minor cliff bands to reach the small summit and the tall summit cairn. If you stay close to the ridge crest, this is a Class 3 endeavor. If you skirt the ridge crest on its left/east side, you can keep the climb at Class 2 difficulty. 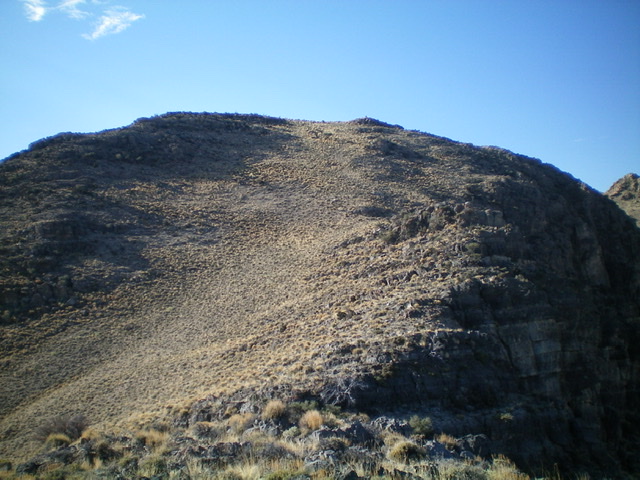 The summit hump of Peak 6435 as viewed from high on the north ridge. Livingston Douglas Photo 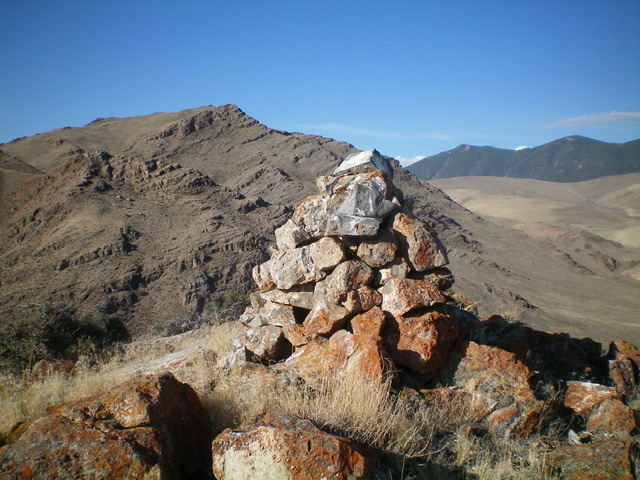 The large cairn atop Peak 6435 with Peak 7030 in the distance (left of center) on the far side of Grand View Canyon. Livingston Douglas Photo 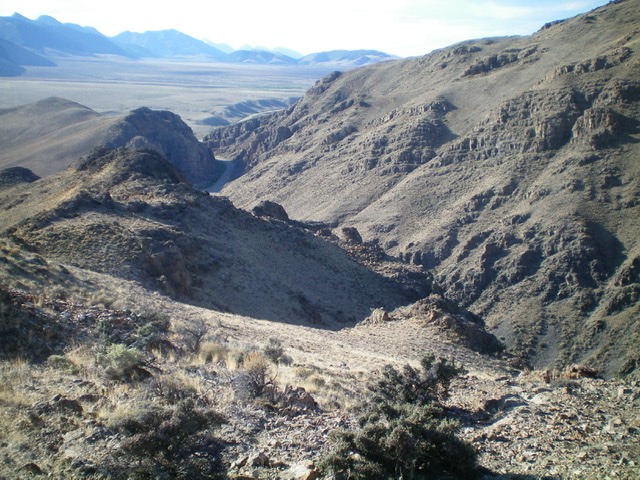 Looking south down into Grand View Canyon (and US-93) from the summit. Livingston Douglas Photo