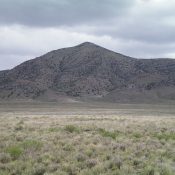 Peak 6570 is the southernmost ranked summit in the Lemhi Range. It is located northeast of Howe, ID. There is a lot of private ranch land in this area so be careful. Both routes discussed are entirely on public land. The [lower] east aspects of the mountain are on Idaho National Laboratory (INL) land, also closed to the public. Peak 6570 has an extraordinary number of ridges and gullies emanating from its summit. It can be a bit confusing. Navigational skills are important to stay on whichever route you choose. USGS Little Lost River Sinks 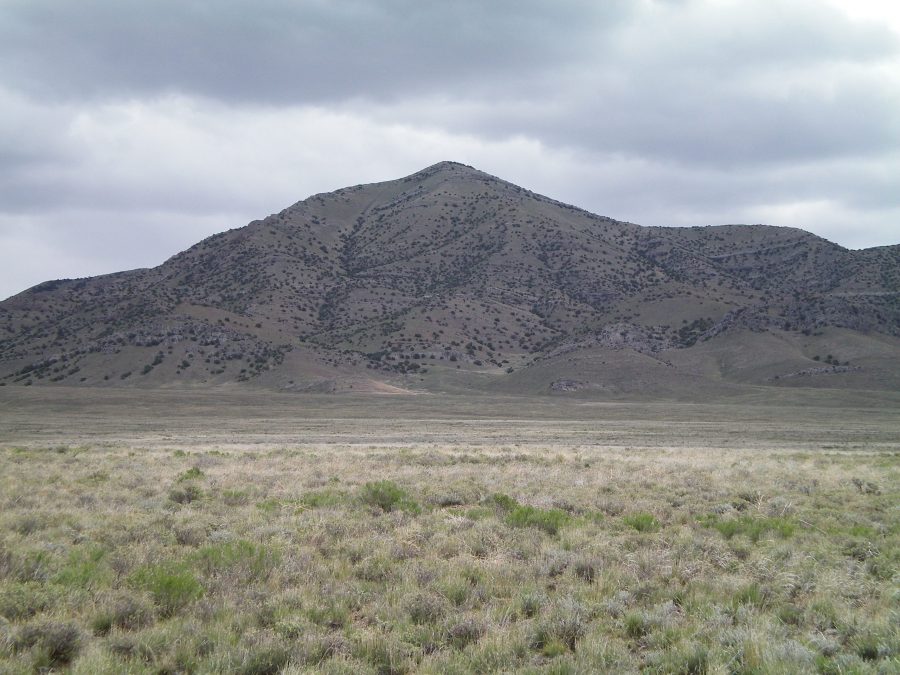 Drive north from Howe on the Little Lost River Highway for 3.4 miles to a [signed] junction with 3800N (“Berenice Road”). Turn right/east onto 3800N and drive 5.2 miles to a signed junction with 1200W. Turn left/north and drive 1.1 miles on 1200W to an unsigned junction on the right/east side of the road. This junction is located 0.1 mile past a gravel pit that is located on the left/west side of the road. Turn right/east and drive 0.5 miles on a 2-track jeep road to a sharp right/south turn at a fence corner. Park here (4,880 feet). Please note that the USGS map incorrectly shows the west face of Peak 6570 as being heavily forested. Not true. The west face is completely open.

From the parking spot, scramble almost two miles straight across a grass and scrub/sage field, heading directly at the summit of Peak 6570. You will cross a few dry gullies on the way. When you reach the base of the west face, you can see a ridge just right of center that looks do-able. But you cannot see all of the embedded rock ribs/strata in it. When you climb it, it takes some Class 3 scrambling to either climb over or around the rock strata. Overall, it’s not too bad. In between the rock strata, the terrain is easy short grass/scrub. The summit of Peak 6570 is small but has a large cairn and a tall triangulation post nearby. A juniper bush accompanies the aforementioned man-made items. The Lemhi Mountains to the north are intimidating. They tower over this [much-lower] peak.

Same as for the West Ridge—SOUTH 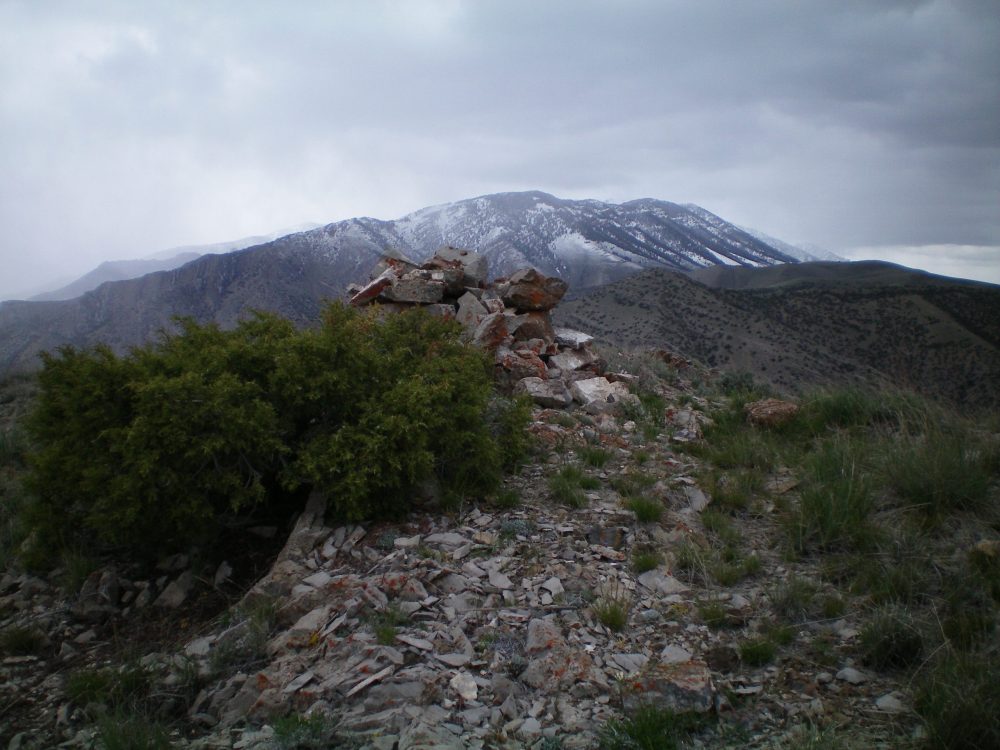 The summit cairn atop peak 6570. The snow-dusted Lemhi Mountains to the north are in the background. Livingston Douglas Photo