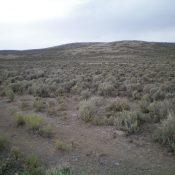 This peak is not in the book. Margo Mandella contributed the original post. Livingston Douglas added the east ridge route with updated access information below Margo’s entry. Updated December 2018

Peak 6650 is a western foothill of the Lemhi Range. The peak is located south of Goldburg, Idaho, entirely on public land managed by the Bureau of Land Management. According to maps, you can access Peak 6650 from a 4WD road that starts on its North  Side and crosses the foothill, passes next to the summit, and continues to a very steep descent to its southernmost point. USGS Spring Hill 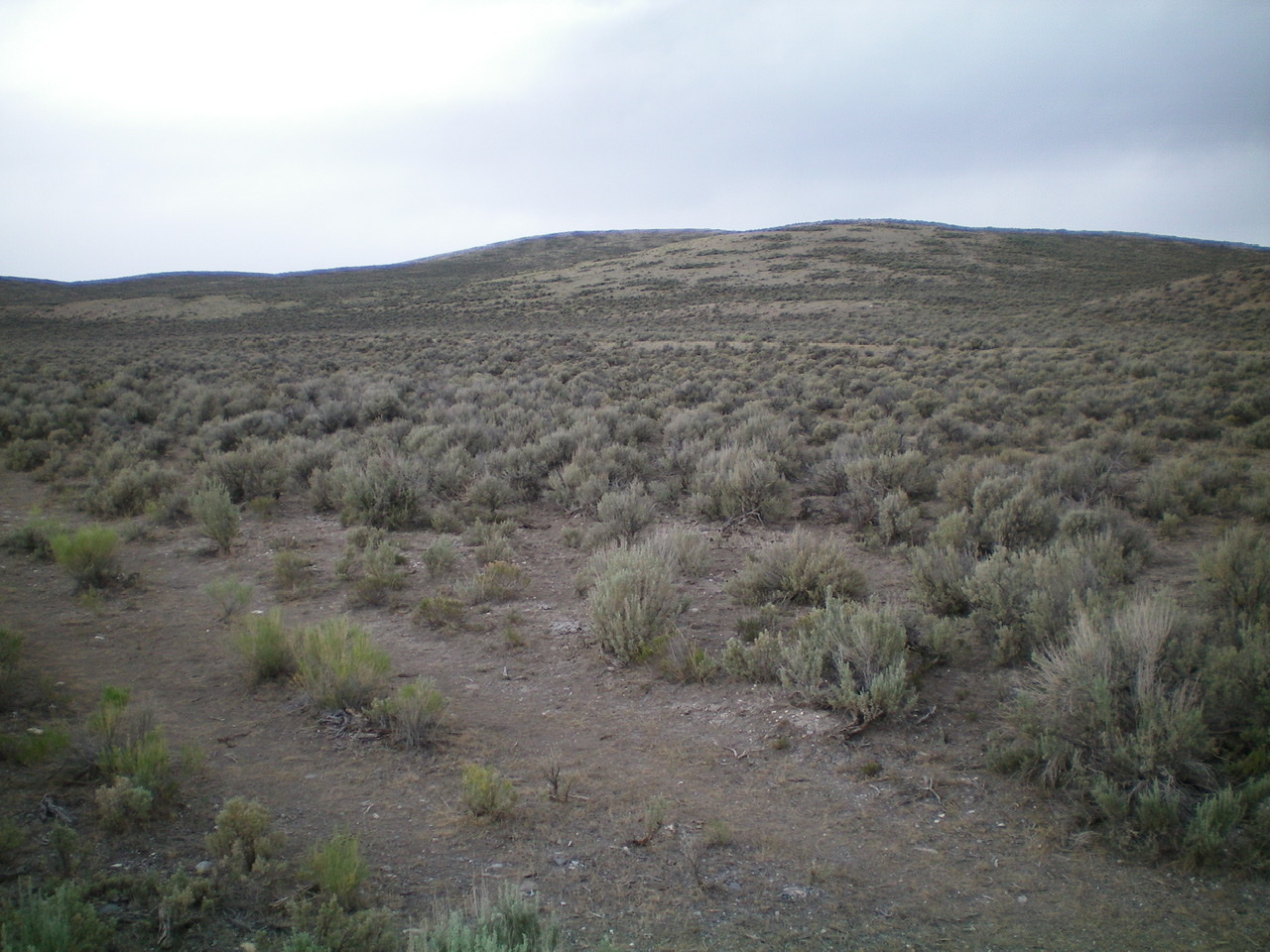 Peak 6650 as viewed from the Pahsimeroi Highway at the aqueduct. The summit hump is just right of center. Livingston Douglas Photo

We were literally on a Sunday scenic drive, with little to no cell service, and did the “Hey, that’s a peak!” whiplash and climbed it without any knowledge other than finding out it was on public land. We selected its southernmost point as that was the obvious access we saw.

From Howe, Idaho, take the Little Lost River Highway north toward Clyde, and continue north past Clyde toward Goldburg as the road turns into the Pahsimeroi Highway and then the Upper Pashimeroi/Goldburg Road. After passing Clyde, the next time the road turns nearly due north, you will be on the east edge of the Pahsimeroi Valley, between the Lemhi Range and the Pahsimeroi Range. Start looking for your peak access here. Several dirt roads crisscross the valley at this point.

Peak 6650, which should be north-northwest of you in the valley, has a prominent dirt road that climbs straight up its southernmost point. When you spy this road, you will see how to meander on the valley dirt roads to reach it. Park somewhere off the dirt road near the base of the peak. 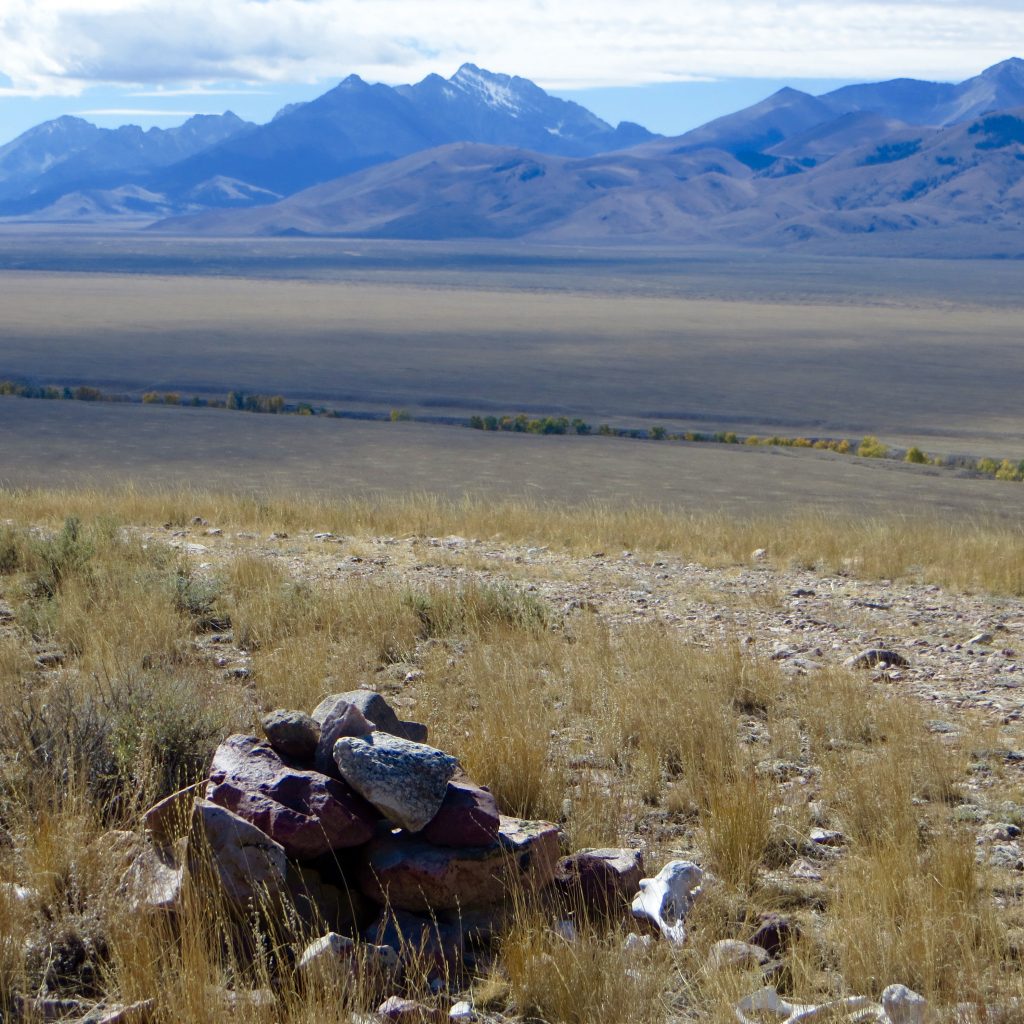 Use the road for a trail and follow it to the summit. It is about two miles round trip. The steepest part is the initial climb, and it is very steep. If you have a high-clearance 4WD vehicle and feel comfortable with the initial steep section, you can drive to the summit of the peak. For a little peak, it has great views! 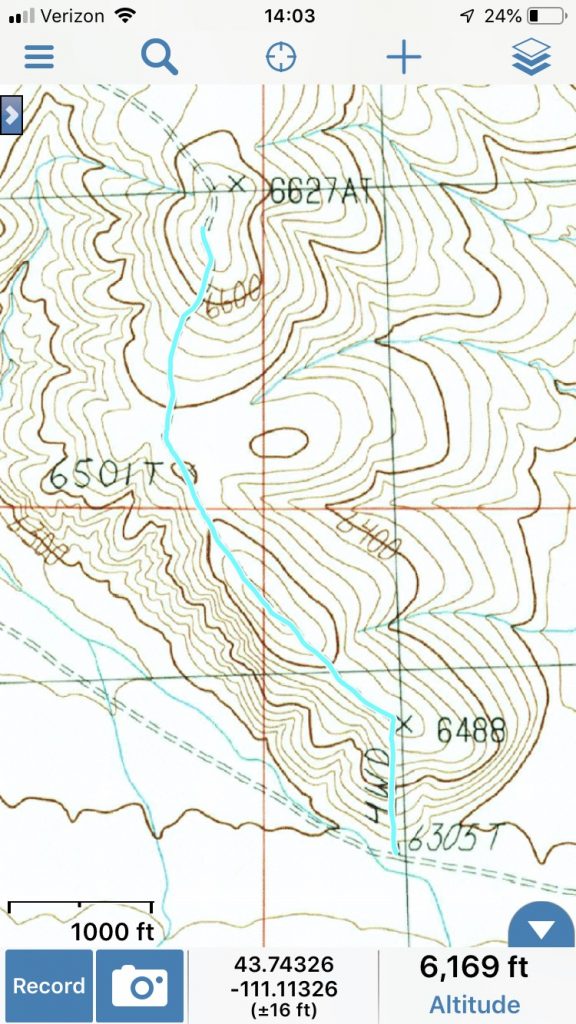 From the major [signed] road junction just south of the Goldburg town site, drive south on the Pahsimeroi Highway for 1.2 miles to an aqueduct with an unsigned 2-track jeep road on its right/north side. Park here along the highway (6,185 feet). Please note that there is another, larger aqueduct that crosses under the Pahsimeroi Highway 0.2 miles south of the correct aqueduct. That aqueduct has a good 2-track jeep road heading diagonally south alongside it.

Hike briefly southwest on the weak 2-track road. Leave the road to bushwhack right/west up through sagebrush and onto the east ridge, which is more of a shoulder initially. Once on the ridge, it pushes you to the right/northwest to avoid multiple gullies. Higher up, the ridge bends left-ish/west and picks up a good 2-track jeep road (not shown on the USGS topo map) heading southwest then south to the summit. The summit had a decent cairn, but I added a few pieces of talus to make it even better. There are scattered cattle bones near the summit cairn. Once on top, this is clearly the high point. 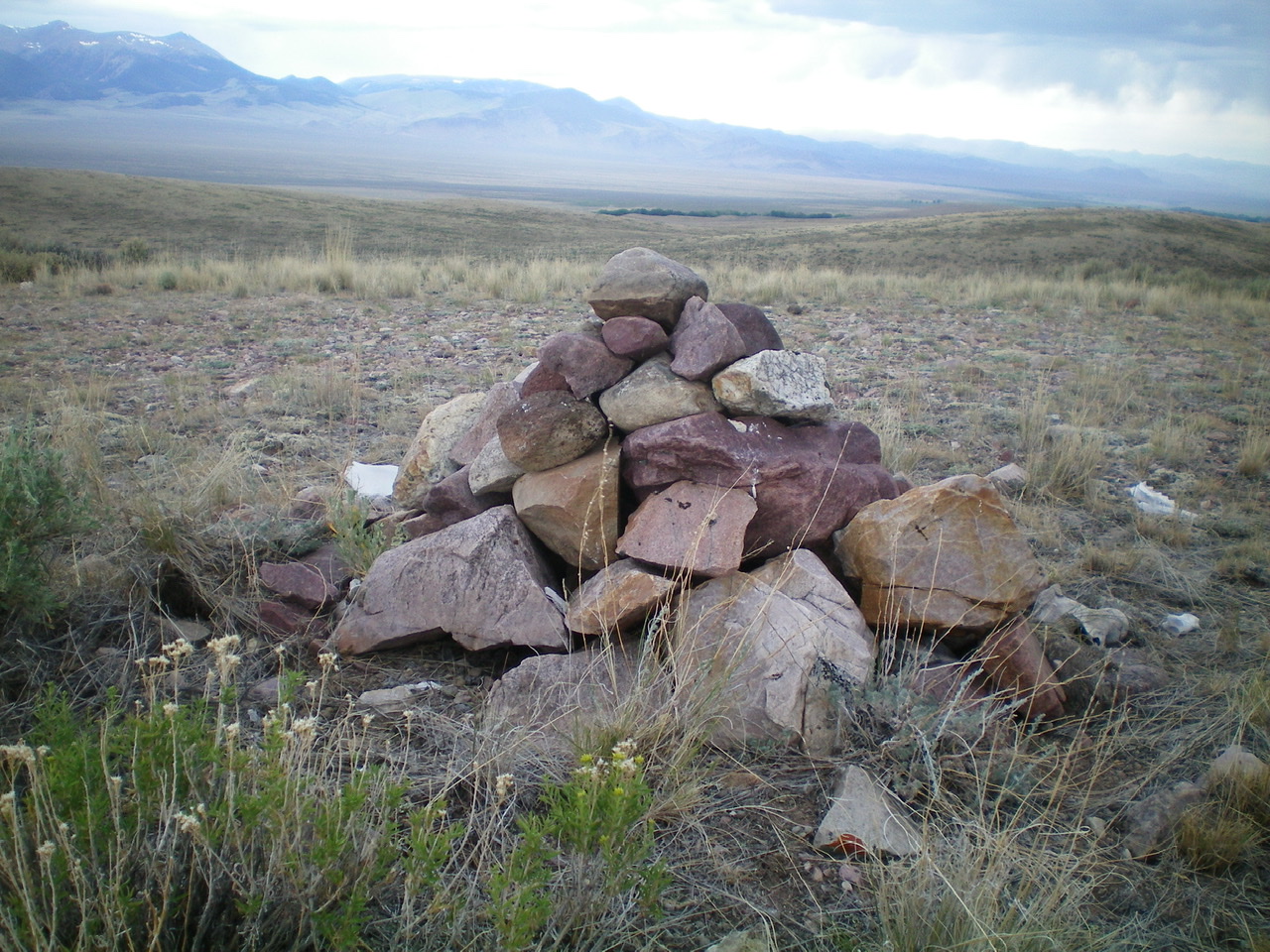 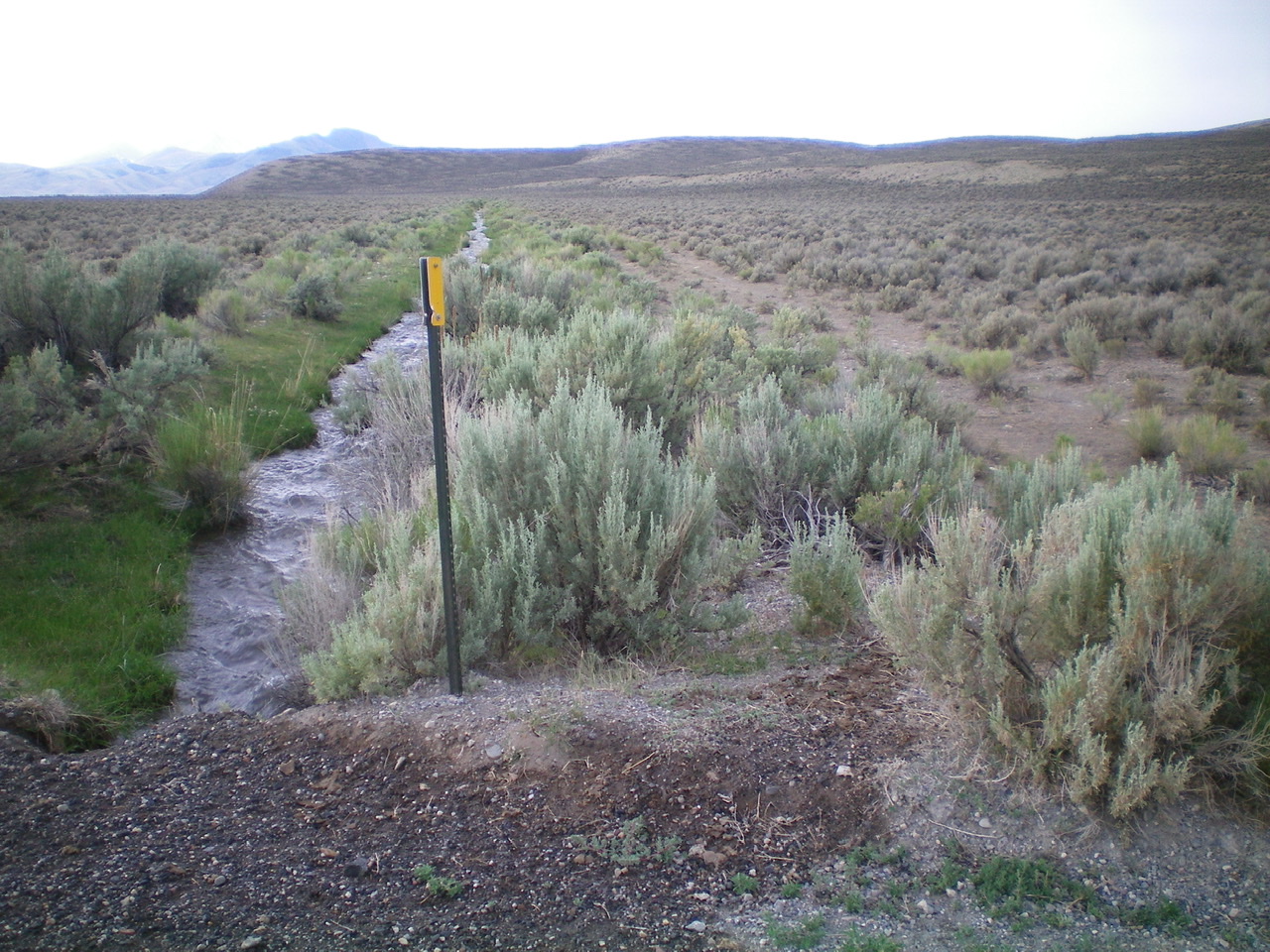 The aqueduct and weak 2-track road alongside the Pahsimeroi Highway. This is the starting point for the east ridge climb. Livingston Douglas Photo