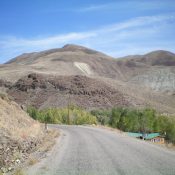 Peak 6660 towers over Eddy Creek to its west and Challis Creek to its south. There is a LOT of private land in this area, so be careful. Consult a land management map before undertaking this climb. This route is entirely on BLM land. USGS Pats Creek 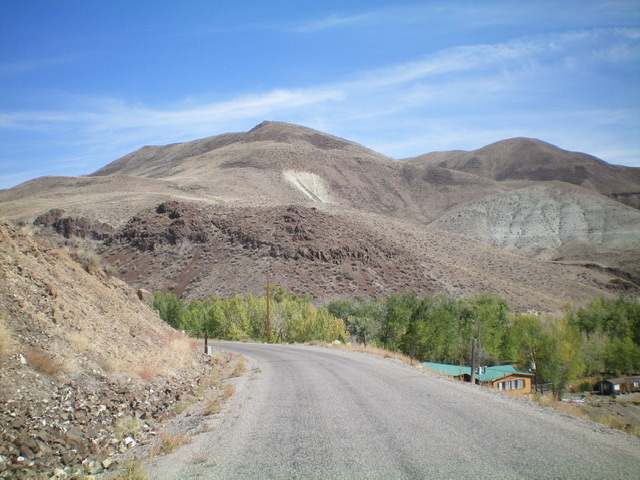 Peak 6660 as viewed from Challis Creek Road to its southwest. The southwest ridge is in dead center. The summit is hiding behind the hump at the top of the ridge. The minor hump at the far left end of the summit ridge (skyline) is Point 6567. Livingston Douglas Photo

From US-93 at the north end of Challis, turn left/west onto [signed] Clinic Avenue. Follow Clinic Avenue as it goes west briefly, then jogs north briefly, then heads west to a “T” junction with [unsigned] Challis Creek Road. This junction is 0.4 miles from US-93. Turn right/north onto Challis Creek Road and drive 7.1 miles to a sharp bend in the road that goes around the base of the steep toe of the southwest ridge. Drive another 0.1 miles to cross Eddy Creek and reach a parking area on the right side of the road at an unsigned junction. Park here (5,470 feet).

From the unsigned junction, hike east on Challis Creek Road back to the toe of the southwest ridge of Peak 6660. Continue east on Challis Creek Road for about 50 yards to reach a sagebrush slope that is steep, but climbable. Leave the road and scramble north up onto the crest of the southwest ridge. Once on the ridge, follow it northeast then left-ish/north to skirt the left/north side of a steep scree/gravel slope. 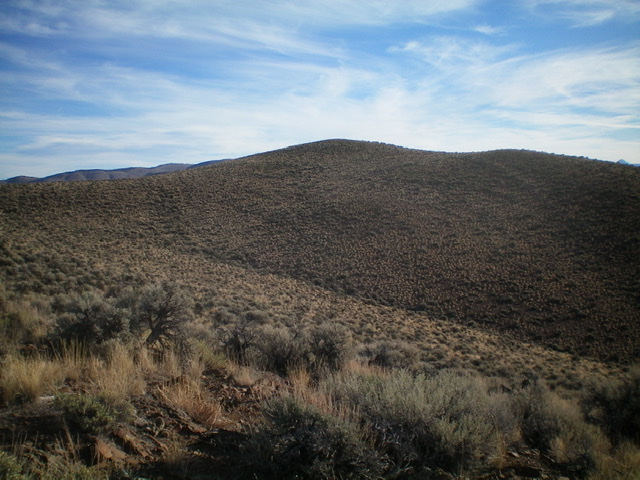 The gentle summit hump of Peak 6660 as viewed from high on the southwest ridge. The summit hump is not visible from Challis Creek Road. Livingston Douglas Photo 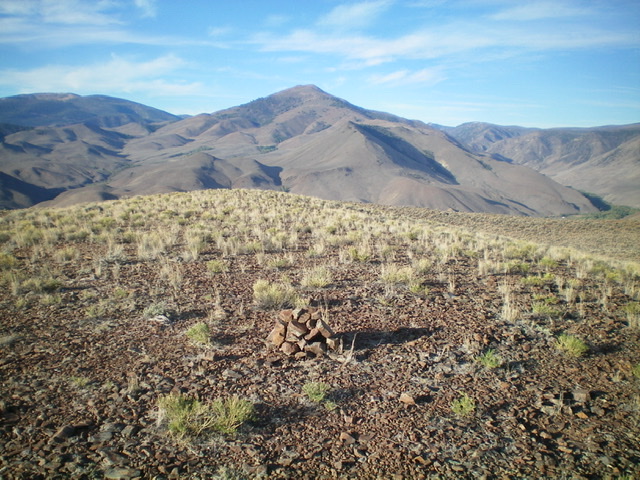 The summit of Peak 6660 with its newly-built cairn, looking west. Livingston Douglas Photo