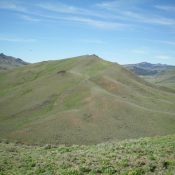 Peak 6940 is located just above the Antelope Guard Station at the convergence of Bear Creek Canyon and Antelope Creek. It is a short, fun scramble from Bear Creek Road/FSR-135. USGS Miller Peak 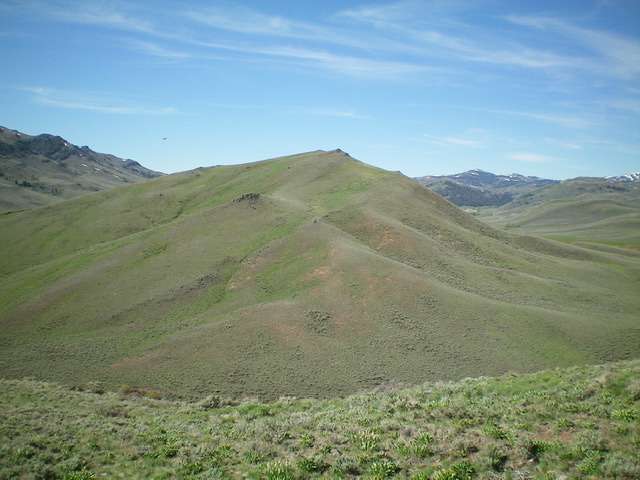 Antelope Creek Road/FSR-137 is located 11.5 miles north of the Conoco gas station at the south end of Arco, ID on US-93. The junction is poorly signed, so look for the road itself. Drive 18.2miles southwest on FSR-137 to a signed junction with Bear Creek Road/FSR-135. Turn right/west onto FSR-135 and drive 0.5 miles up the road to a bridge crossing of Bear Creek. Park in a pullout just past the bridge (6,440 feet). 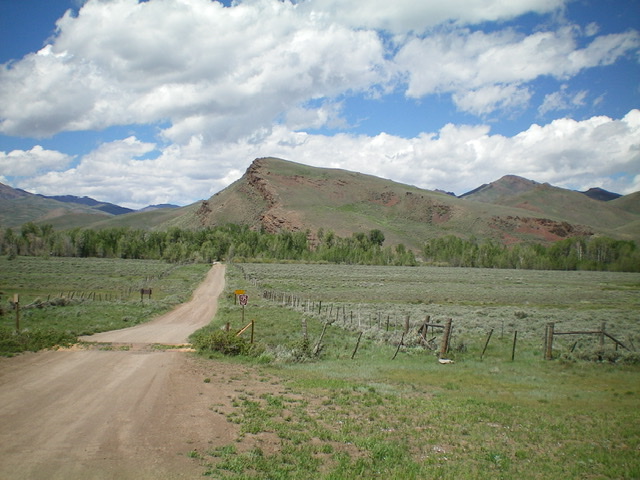 Peak 6940 and the imposing cliff band on its south ridge (left of center) as viewed from the base of Bear Creek Road to its south. Livingston Douglas Photo

The crux of this climb faces you immediately: an ominous cliff band that blocks access to the south ridge. From the parking pullout, follow a foot path right/east to reach an obvious cattle fence that leads up toward the ridge cliffs. Follow the cattle fence left/north and upward. The cattle fence soon ends but the path on its left/west side helps you get through the initial thick sagebrush/brush. Now bushwhack steeply up through a mix of sagebrush and loose scree/gravel to a gap in the cliffs.

Climb right/east up through the gap to reach the crest of the south ridge. Once on the ridge crest, scramble on top of (or just right/east of) the cliff band slabs. Higher up, the ridge is easy short scrub/gravel to the gentle summit of Peak 6940. There was a small torn-down cairn on the summit so I rebuilt it. 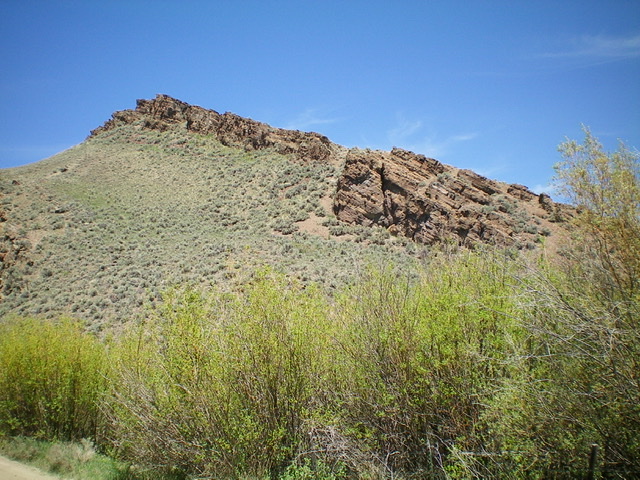 The rugged cliff bands that line the west side of the south ridge of Peak 6940, as viewed from Bear Creek Road. Livingston Douglas Photo 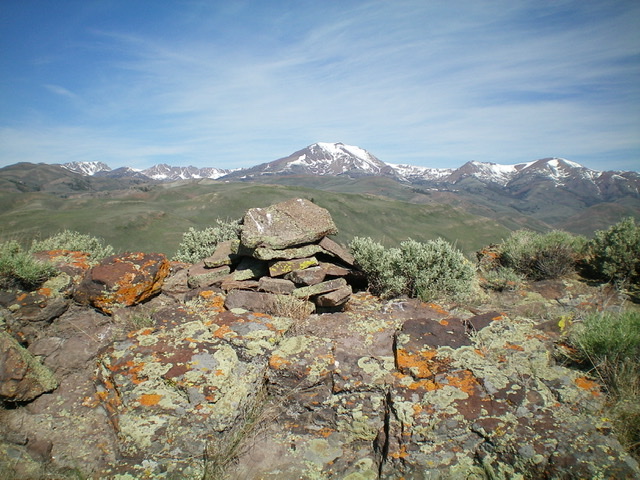