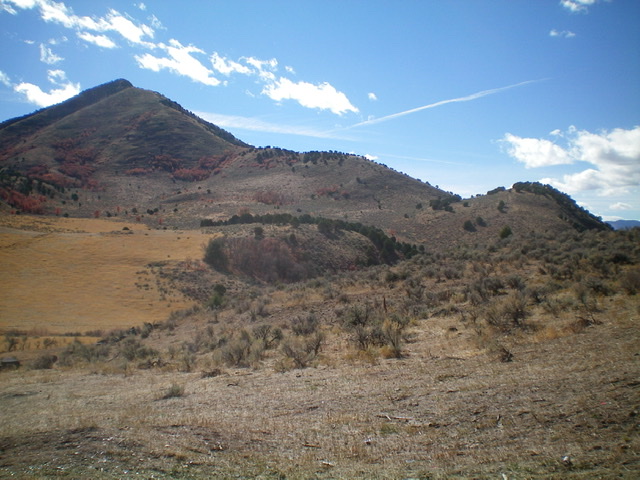 From the Maverik Gas Station at Exit 13 on I-15 at Malad City, drive south on [signed] 3rd East for 1.5 miles to an road junction. Turn left/east onto [unsigned] Twomile Canyon Road. Drive 2.3 miles east on Twomile Canyon Road to a cattle guard/fence. Park just beyond the cattle guard in a roadside pullout (5,205 feet). This area has a patch of private land farther to the east so be careful. Based on maps of private and public land, this climb is entirely on public land. 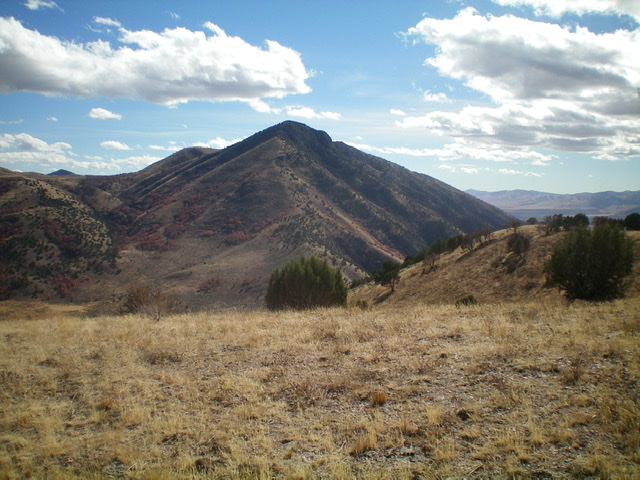 Peak 7020 as viewed from the north. The north ridge is in dead center. Livingston Douglas Photo

Follow the left/east side of the fence row up the ridge crest until the fence ends in a rocky ridge section. From there, climb the ridge on short scrub on or just right/west of the ridge crest for the easiest going. Reach the narrow summit ridge by climbing up over an imposing, but easy rocky ridge outcrop. The summit ridge is a clogged mess of pines, brush, boulders, and rocky outcrops. The USGS topo map is unclear as to where the high point is. Let’s investigate this ridge crest and find the high point, if there is one.

Visibility is nil on this ridge crest so we will not be able to make a visual comparison of the potential high points. The altimeter must do the work. The first possible summit is the north summit. It is semi-open and has a splendid view of Malad City. Just south of it is another possible high point. This point has a small summit cairn. South of that point are two other rocky outcrops that might be the high point. Finally, the southernmost point (the south summit) is semi-open and is at the south end of this awful ridge crest. 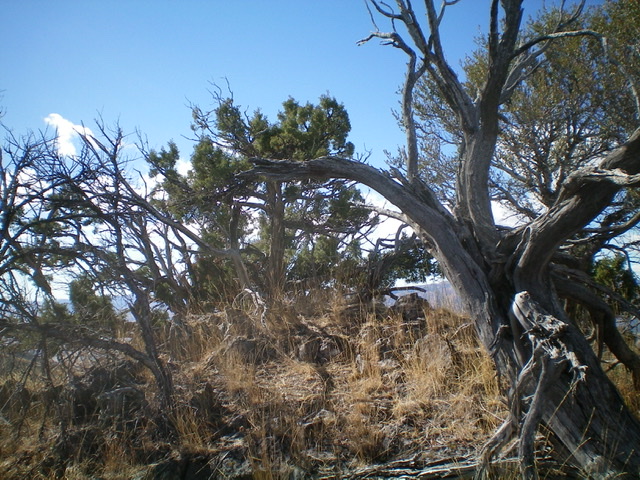 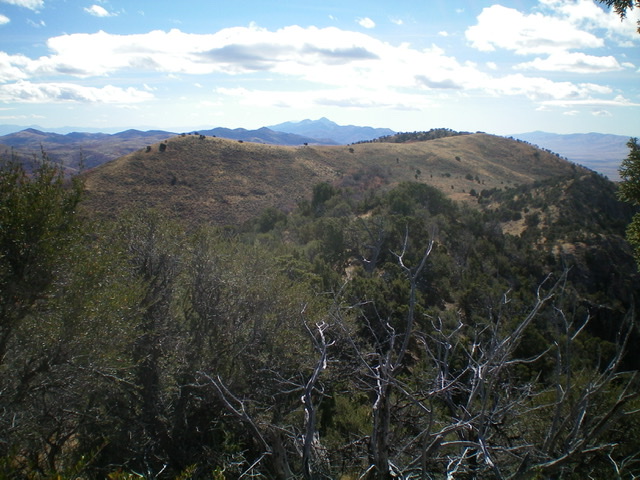 Looking south from the south summit of Peak 7020. Point 7002 is the left hump and Dalam BM (7,000 feet) is the right hump. Livingston Douglas Photo 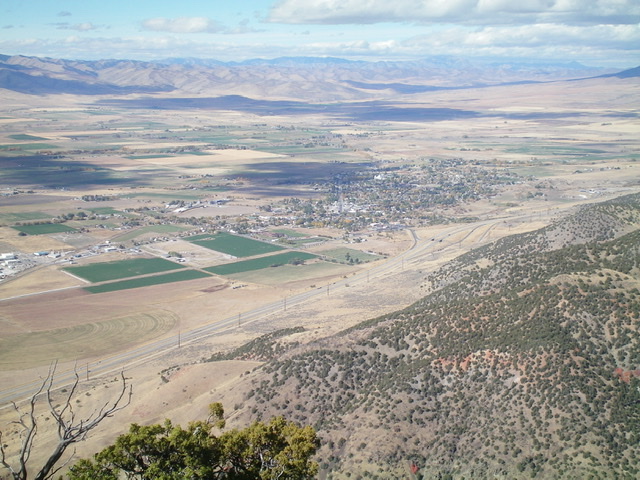 The view of Malad City from the north summit of Peak 7020. Livingston Douglas Photo 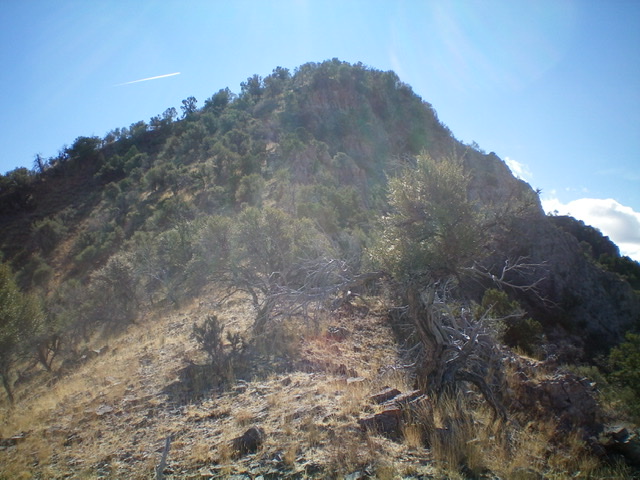 The rugged, rocky summit cap of Peak 7020, as viewed from high on the north ridge. Livingston Douglas Photo