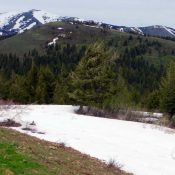 This peak is not in the book. Livingston Douglas added a photo from the summer of 2023. Updated January 2023

Peak 7232 sits approximately 3.5 miles southeast of South Putnam Peak in the Portneuf Range within the Caribou-Targhee National Forest. The peak is surrounded by other unnamed peaks such as Peak 6992, Peak 6939, and Peak 7058. Of the possible combinations, Peak 7232 is most easily combined with Peak 6992 for a loop hike. Peak 7232’s low elevation makes for a good early-season training hike. The abundance of trails in the Topance Canyon area makes it popular with hikers, trail runners, bikers and hunters. USGS Bear Camp Gulch 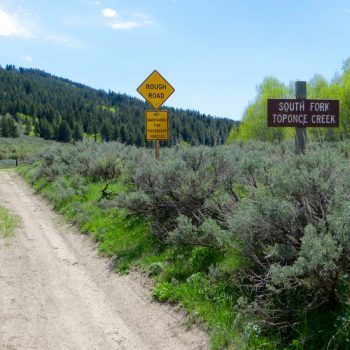 Access the south approach by first travelling to Lava Hot Springs, Idaho. East of the city, turn north on north Highway 30, which heads toward Chesterfield Reservoir. Turn north on Kelly Topance Road and continue north to the intersection of Kelly Topance Road and Maggies Road. Turn west on Maggies Road and continue to Topance Canyon Road. Take this road past the Hornet Springs area and continue toward South Fork Topance Creek, which in 2017 was signed. We climbed this peak on May 14, the day before the gate opened, so we parked near the gate. If the road is open, continue until right before the road crosses the creek and park. A high-clearance vehicle was not necessary when we were there. 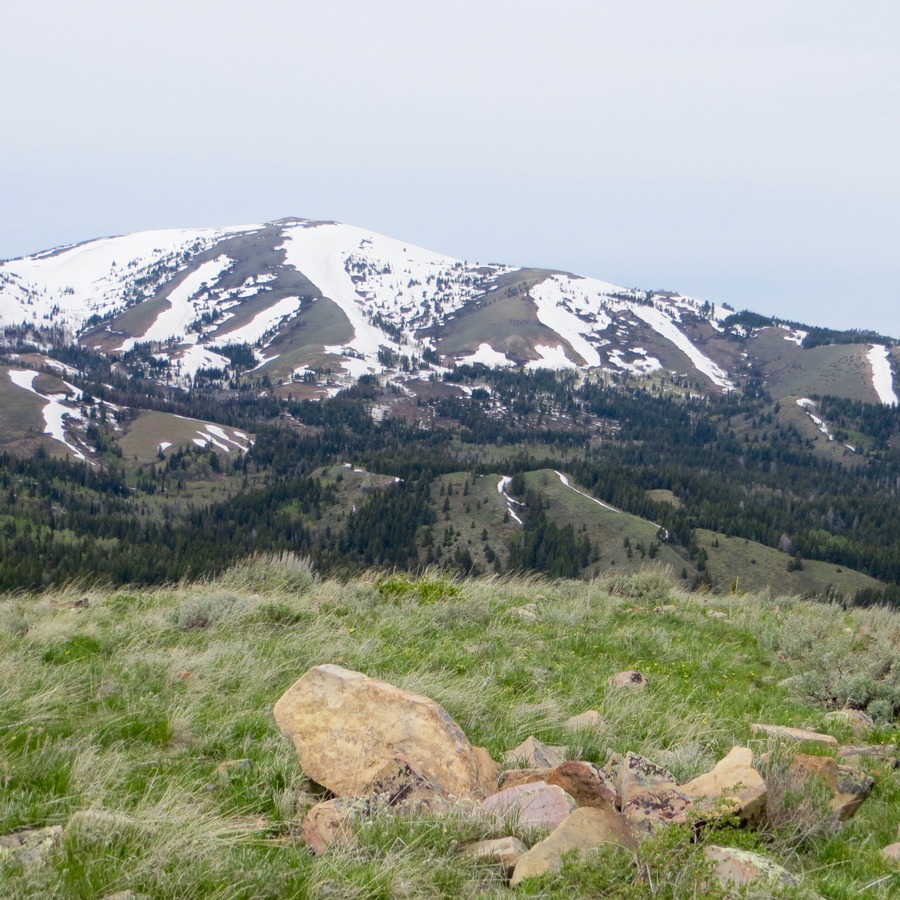 Summit of Peak 7232 with South Putnam Peak in the background. Steve Mandella Photo

If you start at the gate, hike along the road past the meadow to the west and cross the bridge over South Fork Topance Creek until you reach a trail that heads west into Dry Gulch. This well-used trail takes you to the south side of the base of the peak. Though you can go off-trail at any point, taking the trail to a saddle-like area north of Peak 6992 and then going off-trail up the South Face gives you less bushwhacking and a milder slope than other options.

The peak’s Southeast Ridge is another approach if you do not want to use the trail. We used this ridge to descend. Having done that, I would not recommend this approach for a couple of reasons. There’s a lot of vegetation to bushwhack and you can’t see the summit while doing so. It is easy to meander along the broad ridge. We also saw bear sign on the trail. Generally, it’s easier to avoid a bear if you see it on a descent rather than finding it/surprising it on a bushwhack ascent.

Either retrace your steps to the trail or, from the summit, take the Southeast Ridge back down. There was a little snow on this ridge in May. It made for a fun, short, boot glissade, but it is also avoidable. 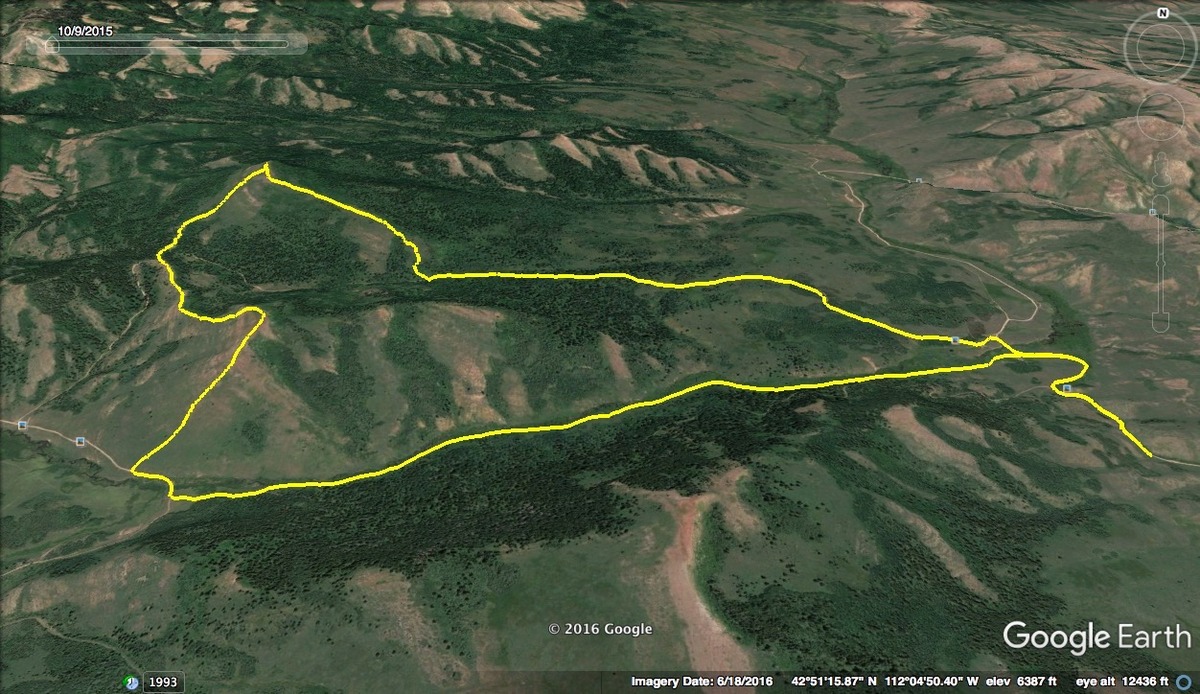 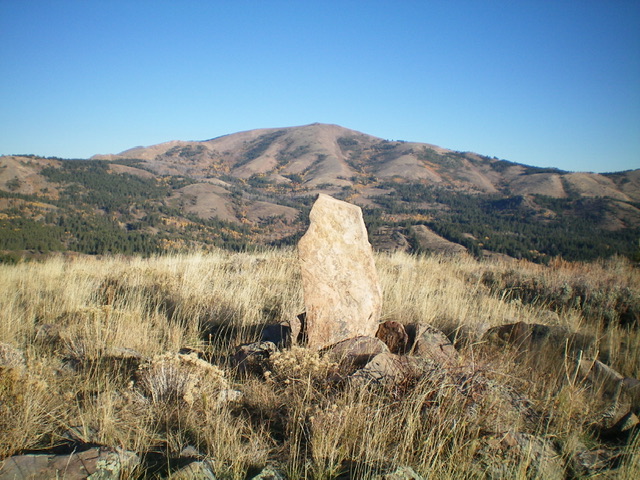 The standing summit slab that serves as the summit cairn for Peak 7232. Livingston Douglas Photo