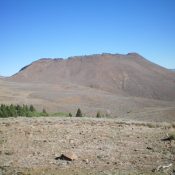 Peak 7253 towers over Challis Creek to the north and Jeffs Flats to the south. It is most easily climbed from FSR-253 to its south via its southwest ridge. USGS Pats Creek 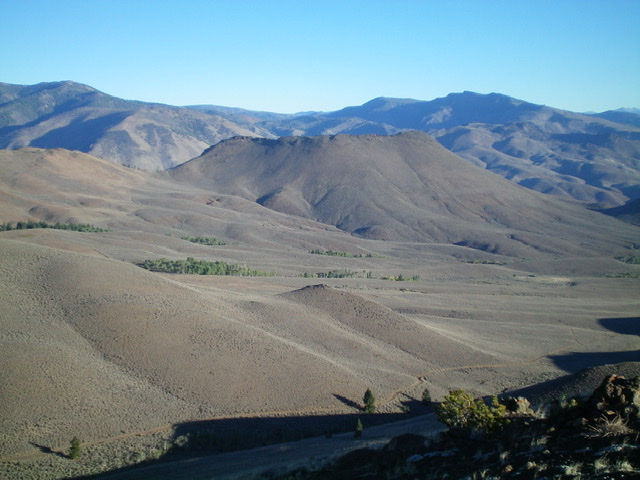 Peak 7253 (mid-ground) as viewed from summit of Peak 7300 to its south. Livingston Douglas Photo

Yes, Mill Creek Road becomes Jeffs Flats Road here. The road that continues up Mill Creek is a private road to a ranch and is gated/posted. Reset your odometer at the road junction. Turn right/west onto Jeffs Flats Road/FSR-079. At 1.9 miles, reach an unsigned junction. Go straight to stay on FSR-079. At 2.6 miles, reach a signed junction with FSR-253. Park in a pullout at this junction (6,368 feet). GPS coordinates: 44⁰32’29”N, 114⁰20’19”W.

From the junction of Jeffs Flats Road/FSR-079 and FSR-253, hike (or ride) west then north up FSR-253 to reach a 6,860-foot saddle just southwest of Peak 7253. FSR-253 is best suited for ATVs and MCs. It has a significant pine tree blocking the road about halfway to the saddle. It is a good road for hikers, though it has its ups and downs. The road descends 165 vertical feet through a pine forest about midway through the approach hike.

From the 6,860-foot saddle, follow a fence row briefly up the southwest ridge, using a cattle trail on its right/southeast side. When you reach a fence corner, leave the fence row and scramble up the crest of the ridge on short scrub and loose scree/gravel, staying right of a patch of mountain mahogany trees. Higher up, bend right-ish/east to reach the small, rocky summit via a short scramble up some ridge boulders/talus and scrub. The west/official summit has a modest cairn and appears to be the high point of several possible high points on the elongated, curving summit ridge crest. 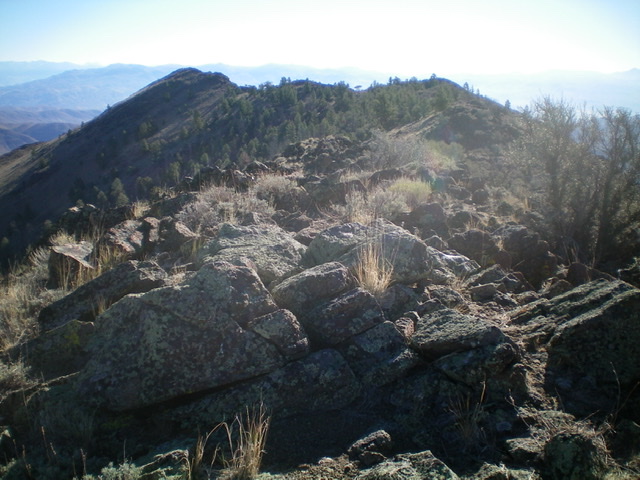 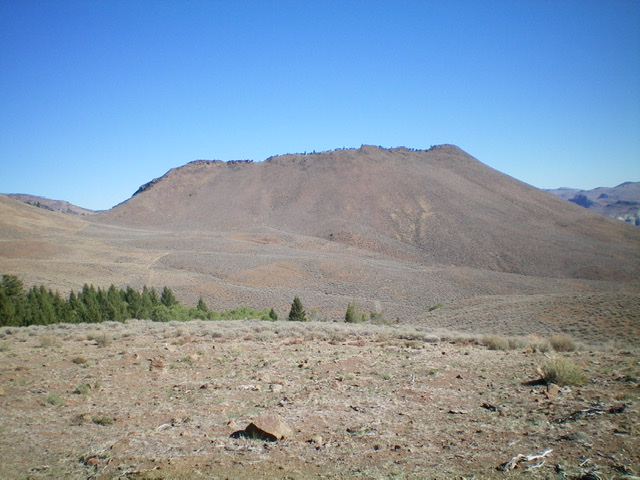 Peak 7253 and its long summit ridge (skyline). The official high point is at the left/west end. The right/east end looks noticeably higher but it is an optical illusion. Livingston Douglas Photo