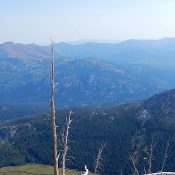 This peak is not in the book. Published July 2018

Peak 7356 is located due south of Cloochman Saddle and Squaw Point. Although a relatively minor peak, there are fantastic views of the Lick Creek Range peaks to the east and big peaks like Bruin Mountain to the south. USGS Black Tip 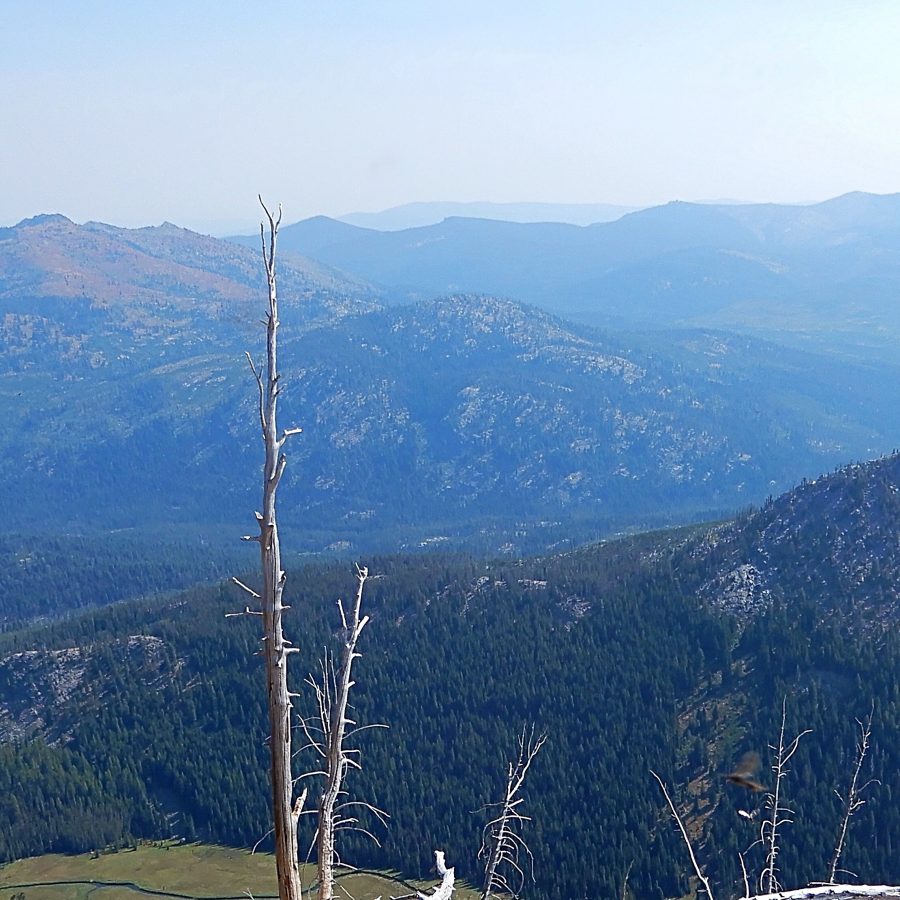 Cloochman Point as viewed from the south. John Platt Photo

This peak is easily approached from Cloochman Saddle to the north. The Saddle is reached from Warren Wagon Road/FH-21 [(B)(2) on Page 135] and FS-492. Follow Warren Wagon Road north from ID-55 for almost 23.0 miles. The turn for FS-492 is on the left, just 150 feet before the pass. FS-492 leads to Cloochman Saddle in 3.0 miles. The road receives occasional maintenance and should be passable for passenger cars when dry. There are a few campsites at the road’s end. From the saddle, climb the peak’s grass- and downfall-covered North Slopes to the summit. My GPS recorded 0.4 miles with 350 feet of elevation gain to the summit. 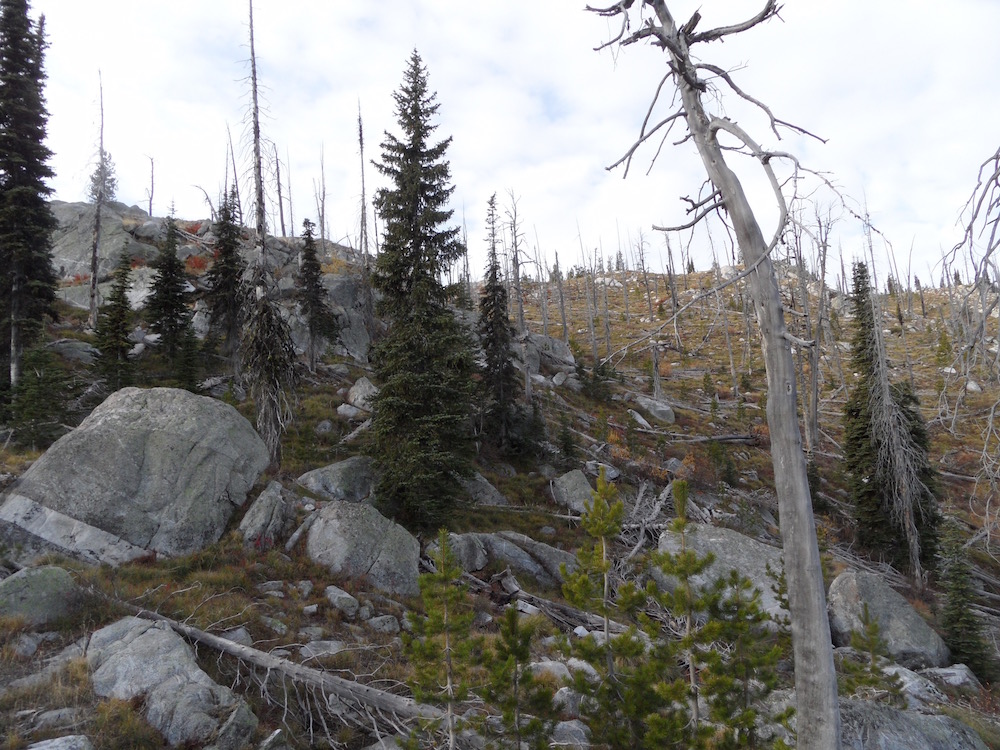 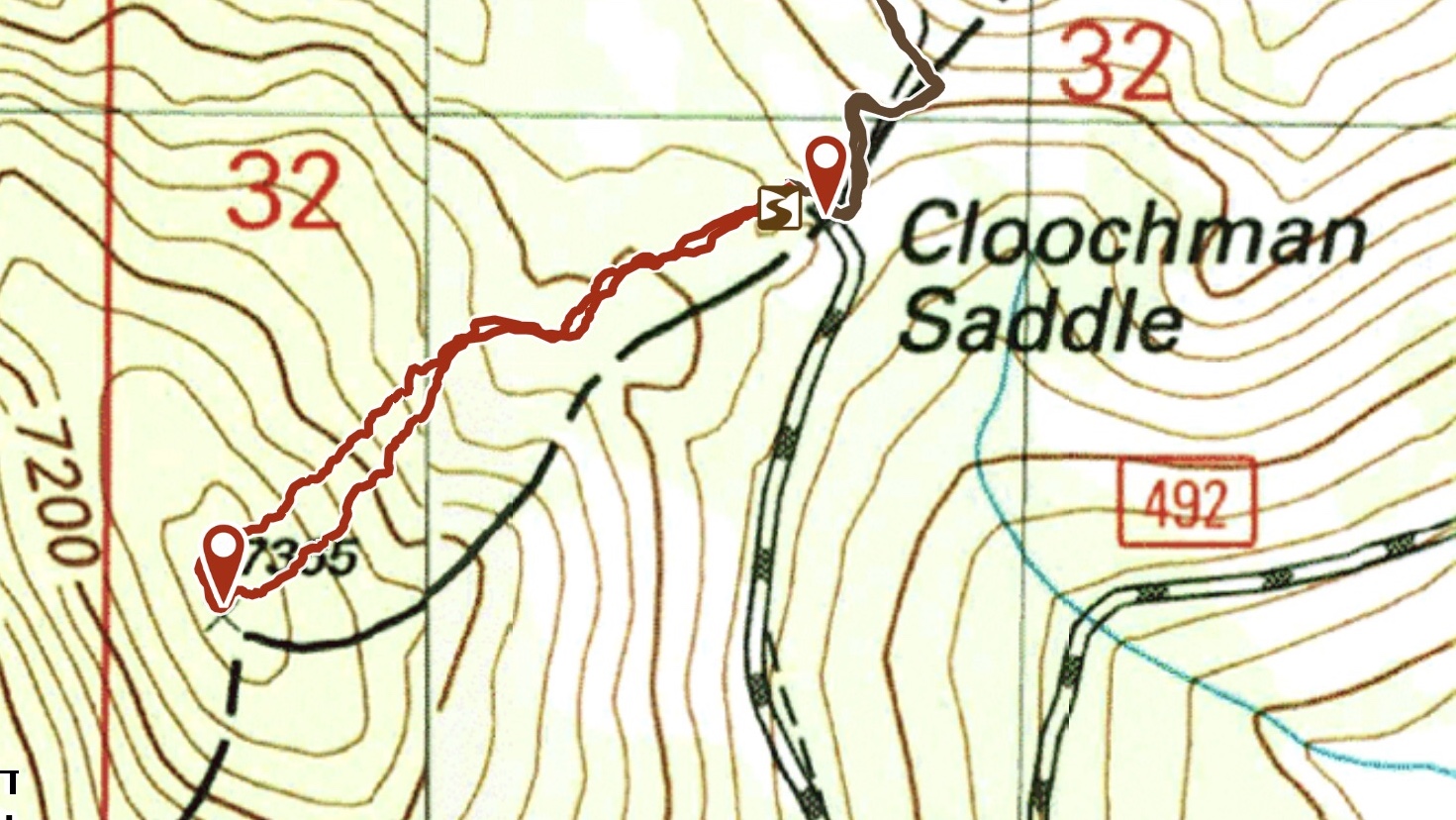 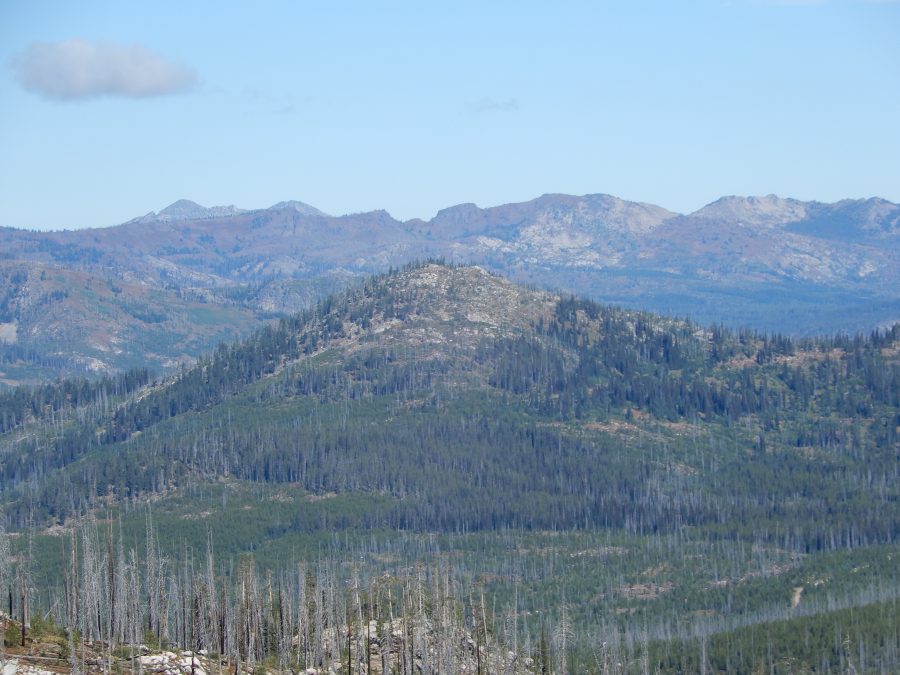 Cloochman Point as viewed from the west. John Platt Photo 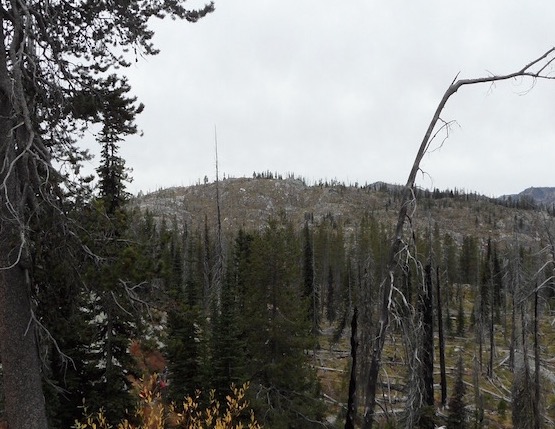