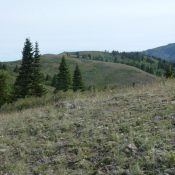 This peak is not in the book. Updated January 2023 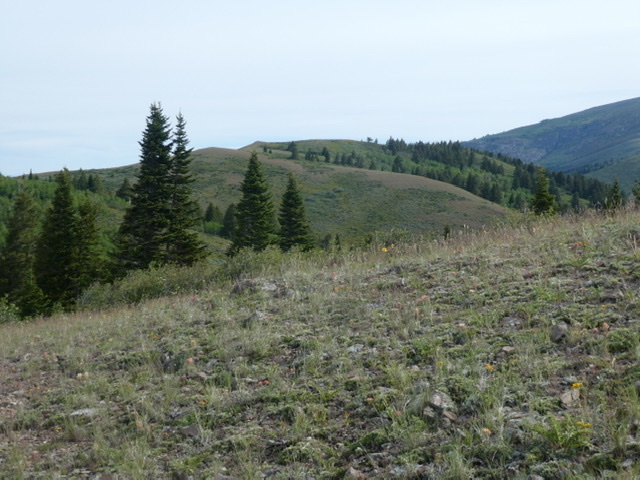 Skyline Peak as viewed from the south

This peak is accessed via FS-548, the Elba to Oakley Road [(A)(2) on Page 351]. From either Elba or Oakley, Idaho follow this road to Basin/Elba Pass. Park on the pass. From ID-77 in Elba, turn right/west onto Elba Road/1950S Road (which becomes FSR-548) and drive 9.5 miles to Basin/Elba Pass (7,106 feet). Park in a large pullout area on the pass. Caution: do not do this climb on a windy day. Additionally, I note that Google Maps will provide good directions to the pass.

The Skyline Trail starts on the pass and runs north to Twin Lakes. The trail is an old road until it reaches Skyline Peak. The trail is open to motorcycles. From Basin/Elba Pass, hike north up [signed] Skyline Trail #0513 (an old 2-track road). Leave this trail high up (at a cairn) to continue near the ridge crest on the old road. This old 2-track road is only a foot path in some sections. It has a ridiculous number of ups and downs (850 feet of extra uphill round trip). The 2-track leads to the two summits. The summit is a most unimpressive ridgeline hump.

The north summit has a modest cairn amongst the junipers, but is it really the high point? The [open] south summit is just as (or more) likely to be the actual high point. Peak 7362 is merely a bump (barely ranked) on the southwest ridge of Mount Harrison. However, it does offer a nice view of Mount Harrison. This an up-and-down route that covers 5.0 miles and 479 feet of elevation gain round trip. 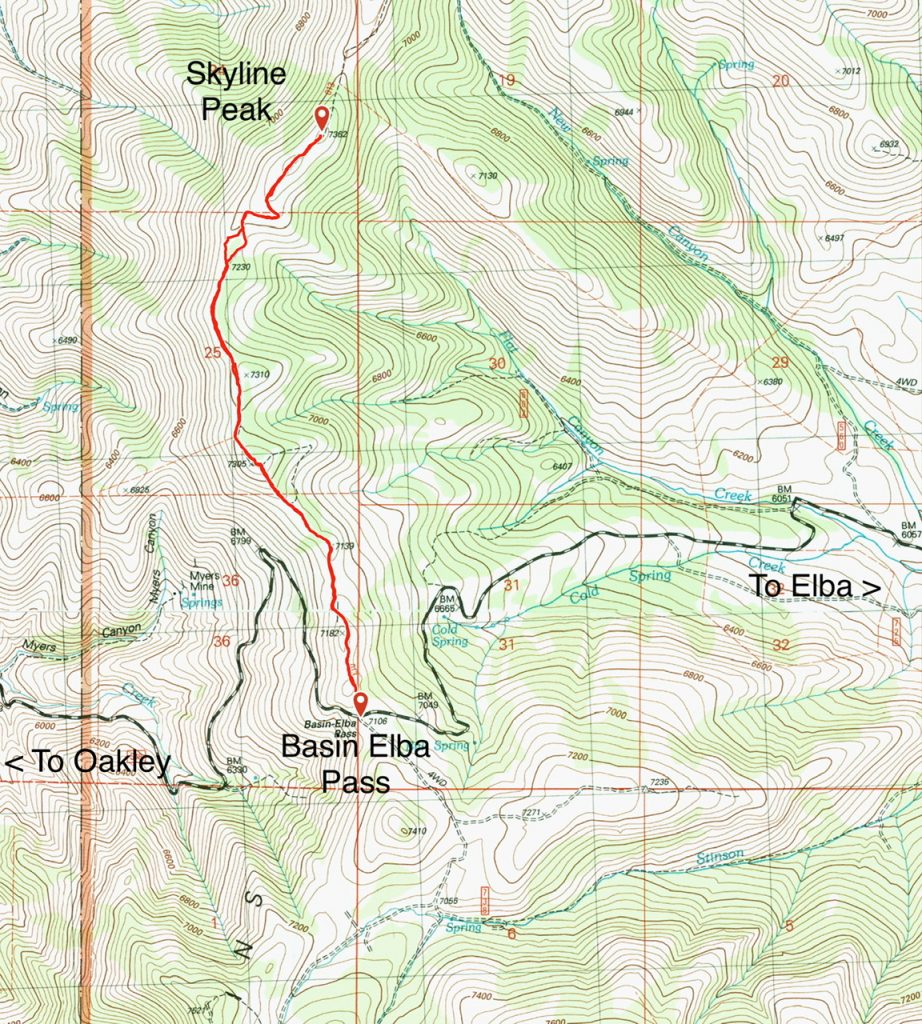 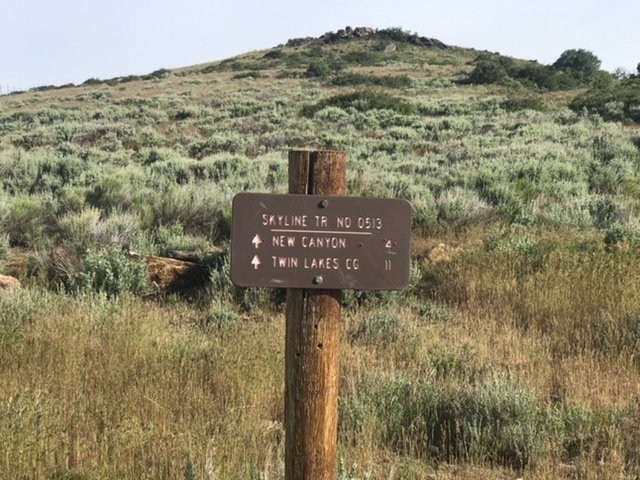 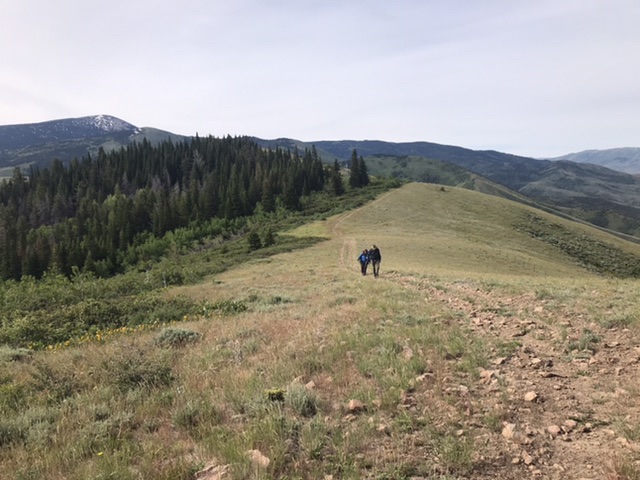 The route to the summit is mostly open 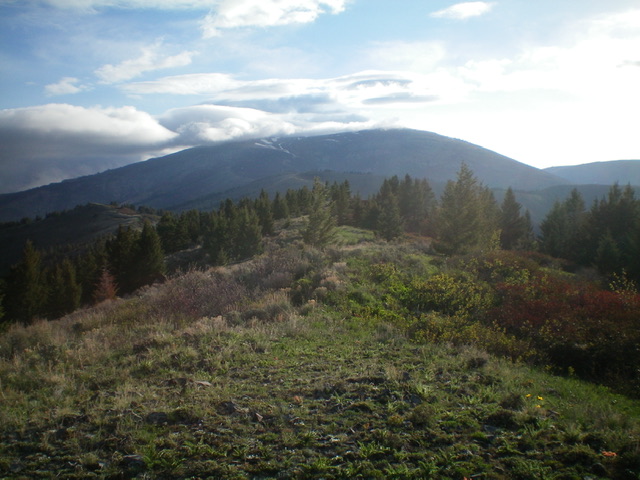 View of the official/north summit of Peak 7362 from the [open] south summit. But is the [forested] north summit actually higher? Livingston Douglas Photo 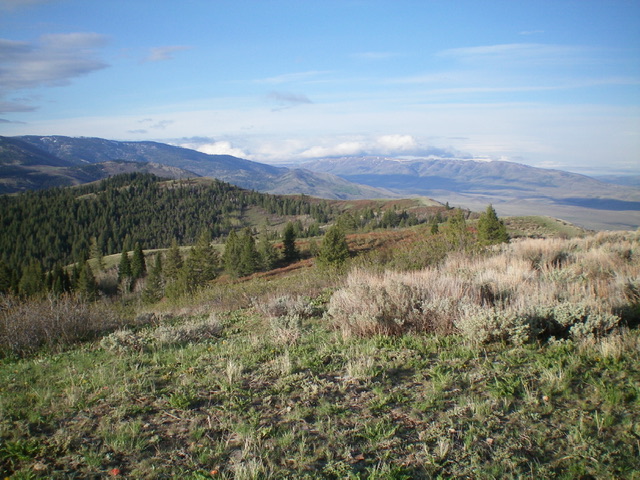 View of the Albion Mountains from the south summit of Peak 7362. Livingston Douglas Photo 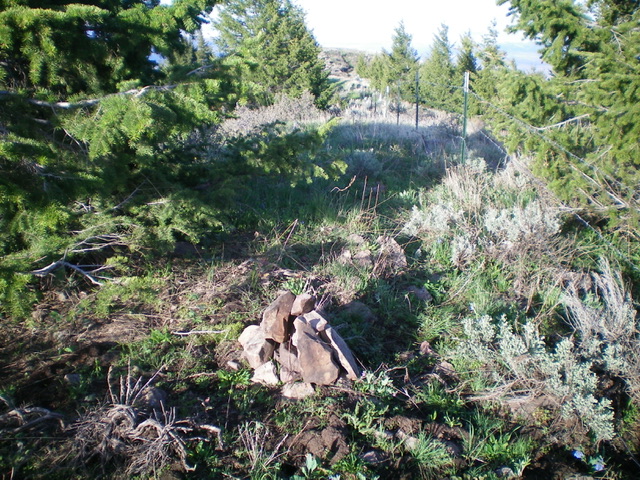 The forested north summit of Peak 7362 has a modest cairn. The south summit is in the background. Livingston Douglas Photo