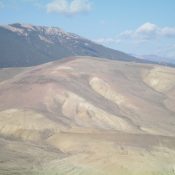 Peak 7459 is a dominating scrub hump that is located due west of Peak 7030 and west of Grand View Canyon. This is the second leg of a 2-peak adventure that includes Peak 7030 and Peak 7459. It covers 7.5 miles with 2,750 feet of elevation gain round trip. USGS Antelope Flat 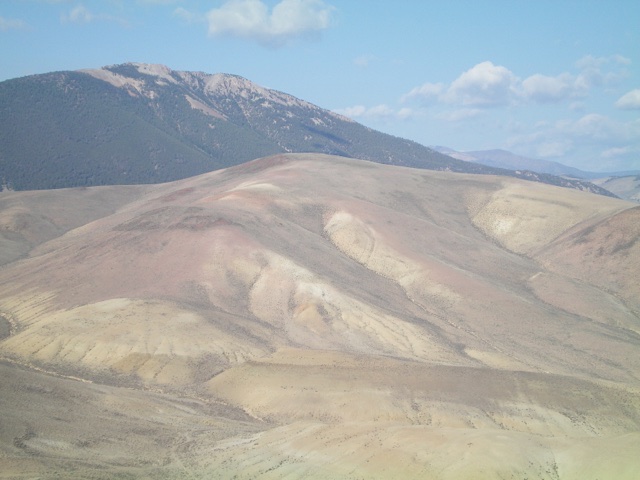 Peak 7459 (mid-ground) as viewed from the east. Its east ridge (my ascent route) is left of center. Livingston Douglas Photo

From the dry drainage at the base of the east ridge, bushwhack west through thick sagebrush (initially) then a combination of short scrub and broken rock on the rounded, wide ridge. There are one or two patches of steeper talus/scree and thicker sagebrush with an underlying scree base along the way to the summit. The upper section of the ridge bends right-ish/northwest to reach the summit plateau. The high point has a cairn and a triangulation post/wiring nearby. It is almost in the center of the summit plateau. 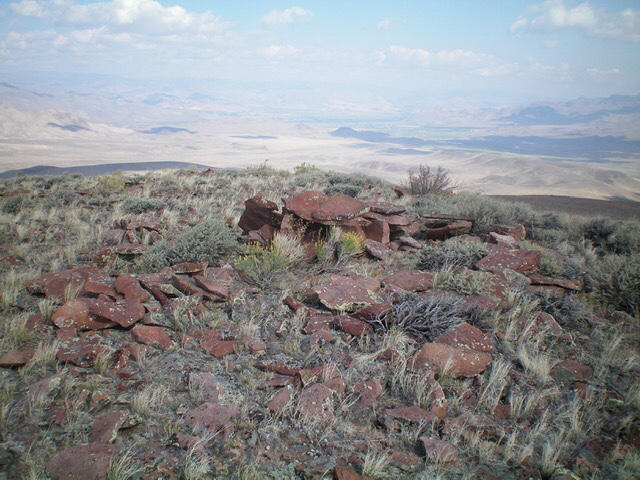 From the summit, return to the dry gully at the base of the east ridge. Head east through sagebrush and short scrub back to the gully at the base of the west face of Peak 7030. Follow the 2-track road in this gully northeast down to a junction with a right-side gully at a point where the road has dropped to right alongside the gully after being well above it on its left/west side. Leave the road here (5,950 feet) and drop a short distance to cross the side gully and gain the flat bench/shoulder on its northeast side.