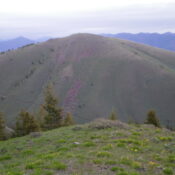 Peak 7536 is the high point on a ridge that separates Anderson Creek from Stanley Creek in the Sawtooth Range. It is most easily climbed from Basin Butte Road to its west. USGS Basin Butte 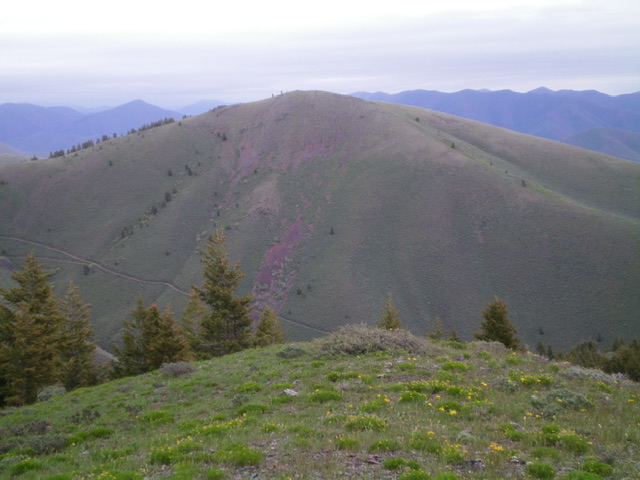 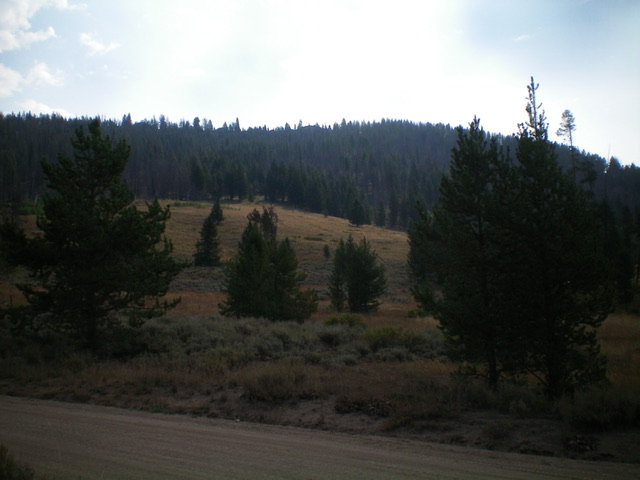 Peak 7536 and its [mostly-forested] west face as viewed from the base of the face. Livingston Douglas Photo

From the dispersed campsite along Basin Butte Road, follow an old 2-track road southeast up the west face of Peak 7536 in open terrain. The old 2-track heads up into the forest and becomes a footpath. Follow the footpath up the forested upper west face (which is somewhat like a shoulder in this area) until it ends. Bushwhack east directly up the face to reach the boulders at the top of the west face. Move right/south for easier boulder scrambling to reach the summit ridge. Once atop the ridge, follow it left/north for a short distance to the rocky high point of Peak 7536. The summit has a decent cairn. 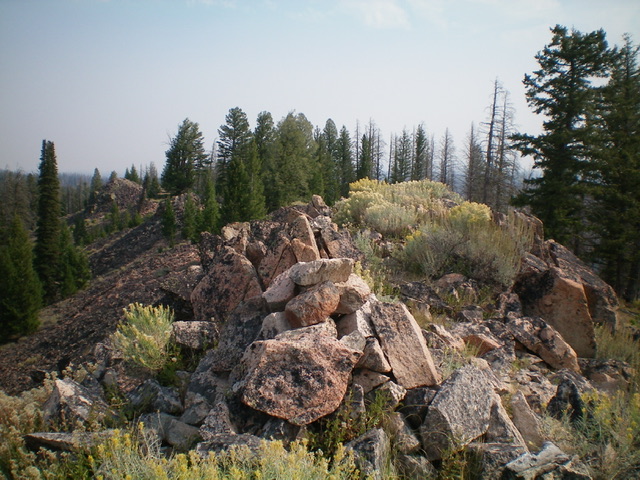 Looking down the west face from the summit of Peak 7536. Livingston Douglas Photo