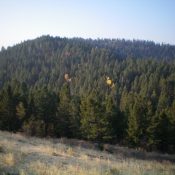 Peak 7620 South is one of two peaks that share exactly the same elevation. Unlike Peak 7620 North, which is a narrow ridgeline summit in mostly open terrain, Peak 7620 South is a forested summit that hides from view. The easiest ascent route is from Deer Creek Road/FSR-156 southwest of Freedom, WY. It is a completely different experience from a climb of Peak 7620 North. Do this climb in combination with nearby Peak 7620 North to make your effort more worthwhile. USGS Thayne West 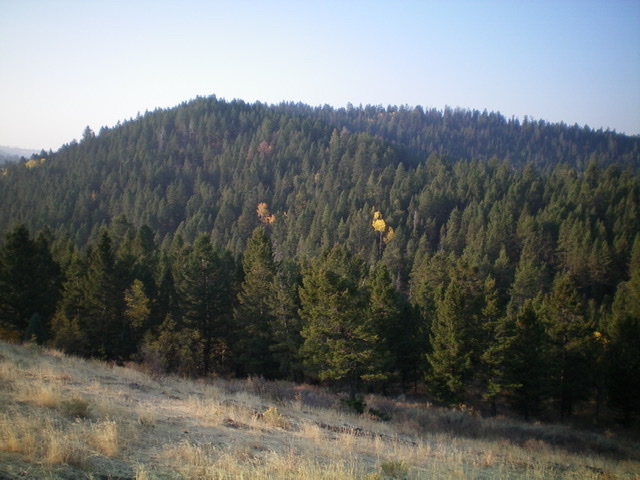 Peak 7620 South (forested, mid-ground) as viewed from the north. Its summit is left of center. Livingston Douglas Photo

Same as for Peak 7620 North. This is the second leg of a two-peak adventure.

From the 7,180-foot connecting saddle with Peak 7620 North, hike southwest up a use trail to the crest of the north ridge. Follow the use trail up the ridge until it ends before reaching the upper section of the north ridge. Bushwhack south then southwest through somewhat-tedious blowdown and brush to reach the narrow summit ridge crest. The ridge bends right-ish/west here and gradually ascends to finally reach the high point of Peak 7620 South, well west of the east corner of the flattish ridge crest. The summit had no cairn so I built one. It only offers limited views due to the semi-open pine forest.

From the summit high point, scramble east across the flattish summit ridge to reach the head of the steep east face. Bushwhack due east down through a forested mess of pines, aspens, blowdown, scattered tree branches, and brush to reach a shoulder where FSR-156 crosses it. Thankfully, the slope eases after the first 200 vertical feet of descent. Go left/north on FSR-156 and follow it a short distance back to the road junction with FSR-268 and your parked vehicle. 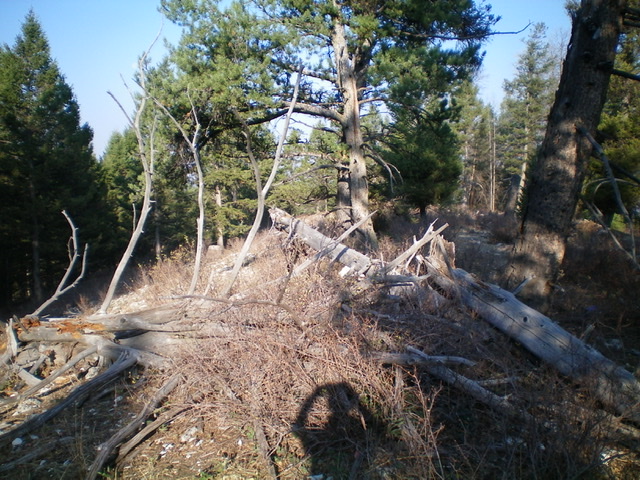 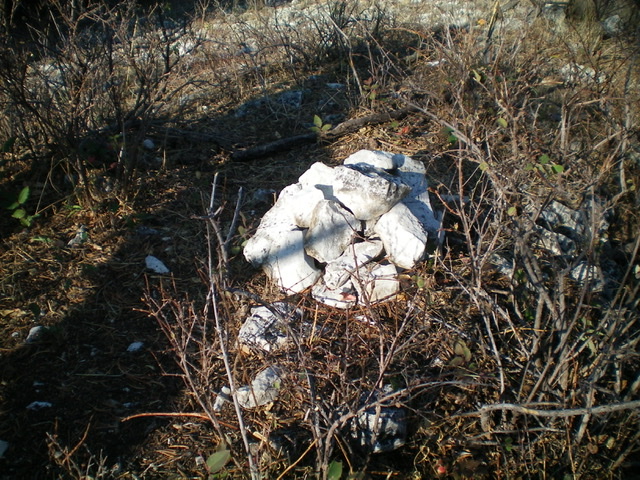