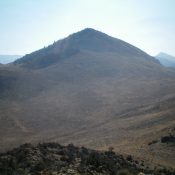 Peak 7668 towers over Little Antelope Flat to its west. It is sandwiched between Lime Creek to the north and Devil Canyon to the south. Much of this scramble is on open scrub but, surprisingly, the upper terrain is quite rocky. Not what you would expect from a desert peak. USGS Little Antelope Flat 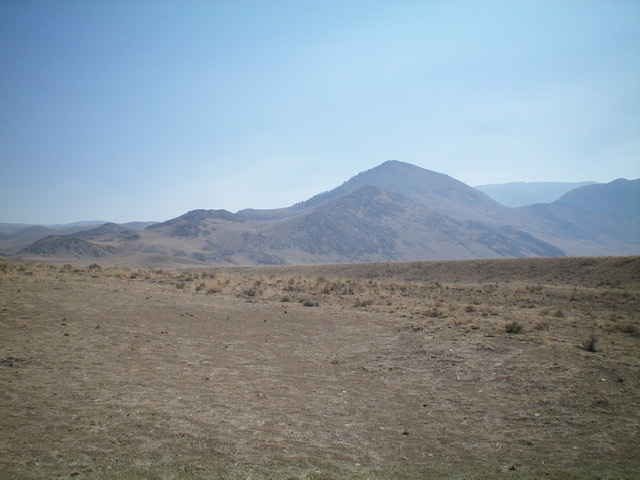 Peak 7668 and its west side as viewed from Lime Creek Road near US-93. It is the highest hump right of center. Livingston Douglas Photo

Lime Creek Road/BLM-112 is located along US-93 exactly 8.1 miles south of the junction of US-93 and ID-75 near Challis. It is 42.3 miles north of Main Street in Mackay. Turn right/east onto [signed] Lime Creek Road and drive 1.5 miles to a large pullout at an unsigned road junction (5,975 feet). Park here.

From the parking pullout, bushwhack east through sagebrush, staying left/north of (and below) a sagebrush hump. Quickly reach a saddle then head north to intercept the crest of the west spur. Follow the ridge crest east then southeast on easy, open scrub to a rocky point on the ridge crest. Descend 65 vertical feet to a saddle. Angle diagonally left/southeast to skirt a rocky ridge hump (6800+) and reach a saddle at the base of the steep, loose scree of the west face of Peak 7668.

From the saddle, scramble diagonally left/northeast up a sagebrush slope that has lots of loose underlying scree but is manageable, albeit somewhat steep. Aim to reach the crest of the northwest ridge just right/east of a flattish, rocky ridge hump. Once on the ridge crest, scramble southeast up steep-ish talus and scree using game trails that switchback up the rounded ridge. Higher up, stay close to the ridge trees for the best footing on the loose shale.

It would be much more appealing to simply climb up the northwest ridge in its entirety from Lime Creek Road. However, a square block of private ranch land blocks public access to the bottom of the ridge. Consult a land management map to see this.

The summit of Peak 7668 as viewed from low on the northwest ridge. Livingston Douglas Photo 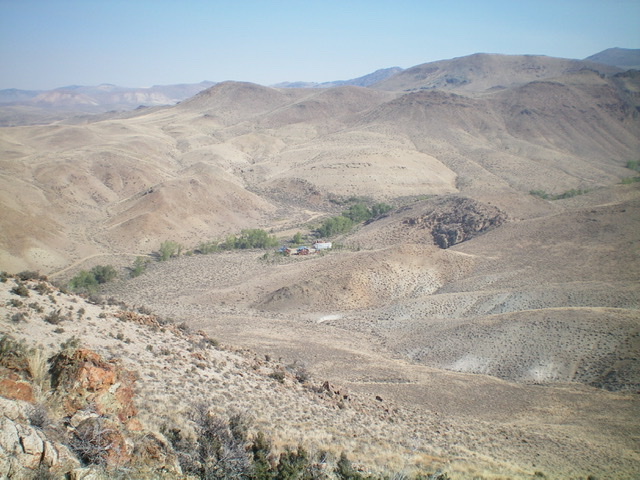 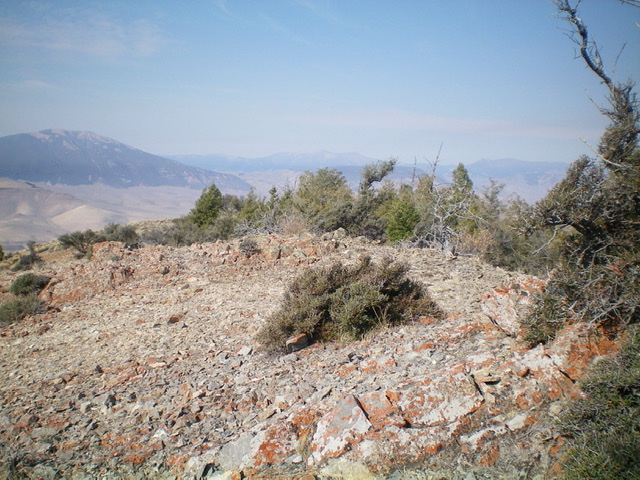