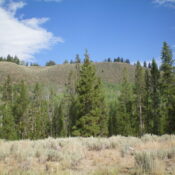 Peak 7900 is probably the easiest ranked summit that you will find in the White Cloud Peaks. It is located on the north side of [the very popular] Fourth of July Creek Road on the east side of ID-75 south of Stanley. Peak 7900 is a ridgeline summit and is an easy scrub scramble from the road. USGS Obsidian 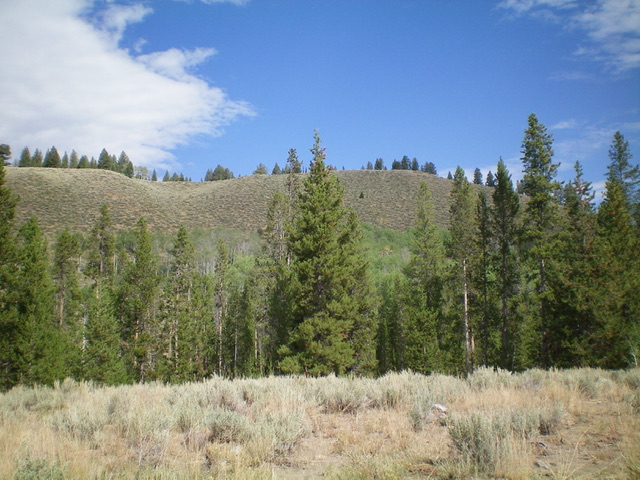 Peak 7900 as viewed from Fourth of July Creek Road to its south (start of hike). Livingston Douglas Photo

From the road saddle, bushwhack due north through a short patch of easy pine forest. Staying left/west of a patch of aspens, cross a hidden aqueduct (not easy) then scramble up through thick sagebrush and other veg (tedious) to reach a gully that heads up to the ridge crest. Once up the sagebrush-clogged gully, head right/east to the summit on the easy, open ridge. There was no cairn on the highest point (a ground boulder), so I built a nice one there. The crux of this climb is to cross a hidden aqueduct (shown on the USGS topo map). It is difficult to jump and takes some creative thinking to not have to wade through it. The route described is the shortest route to the top of Peak 7900. 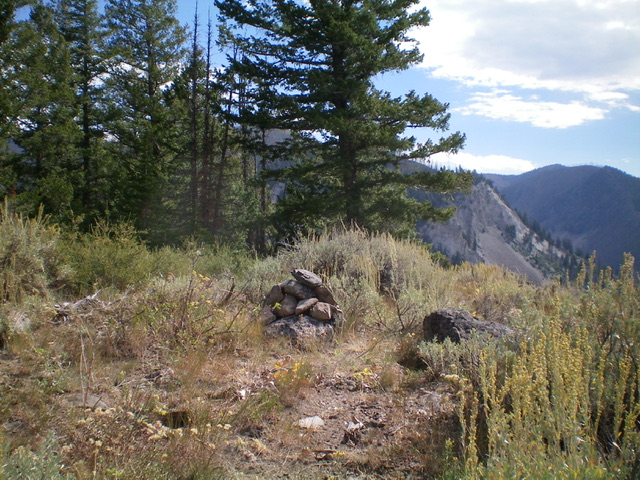 The summit of Peak 7900 with its newly-built summit cairn. Livingston Douglas Photo 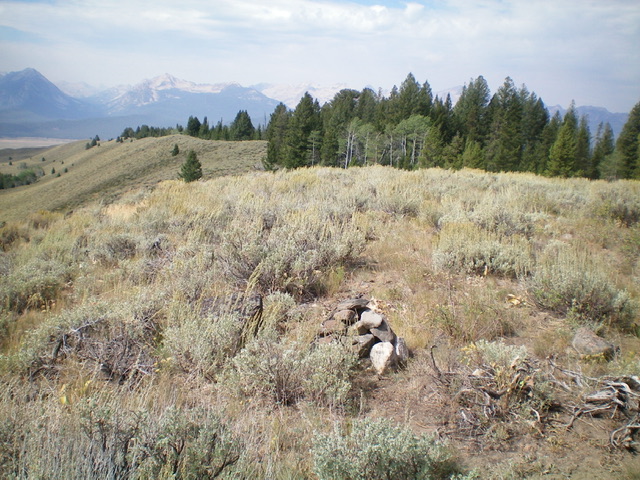 Looking down the long southwest ridge from the summit. Livingston Douglas Photo