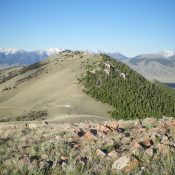 Peak 7910 sits above Goddard Canyon on its east side. It is merely a bump on the massive southwest face of Copper Mountain (10,303 feet). It is a ranked summit but barely so. The easiest ascent route is via an old jeep road and the north ridge. Peak 7910 makes for a good early-season climb as it is snow-free long before its higher neighbors to the east. The magnificent south ridge can be climbed in its entirety from the mouth of Long Canyon. USGS Copper Mountain 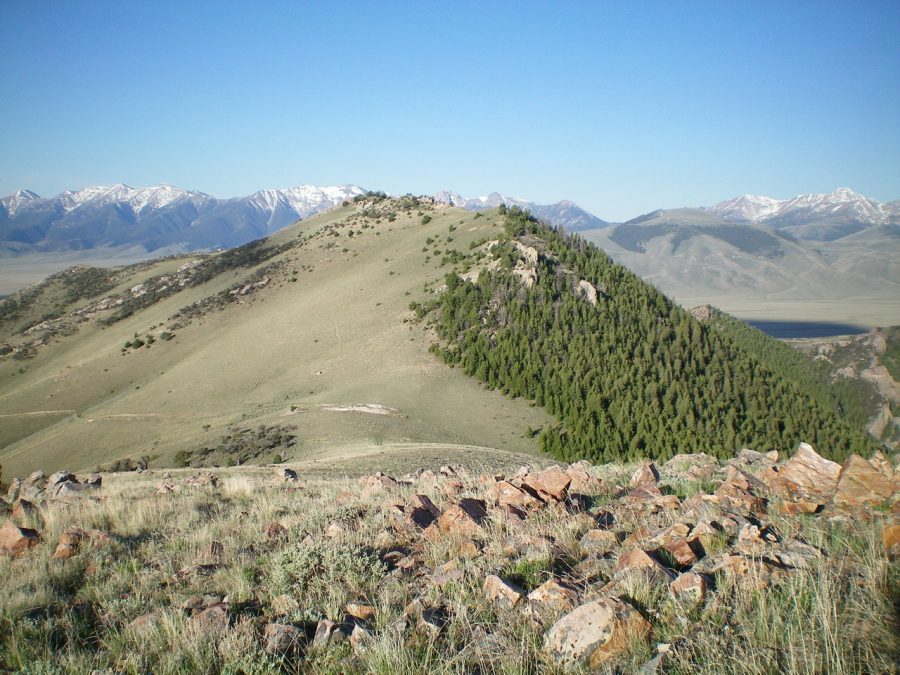 Peak 7910 as viewed from the north. Livingston Douglas Photo

Long Canyon Road is located along ID-28 in the Birch Creek Valley just north of Mile Marker 42, 8.8 miles north of the INL North Boundary, and 1.7 miles south of the North Entrance to Birch Creek Campground. It is signed with a small street sign so look for it. Drive 2.3 miles up the smooth gravel of Long Canyon Road and park at a signed road junction. The road gets much rougher after this point. The elevation here is 6,520 feet.

From the road junction, go left up the steep Long Canyon Road for about 0.2 mile to reach an unsigned junction. Go left onto an old, overgrown 2-track road that climbs up onto the east face of Peak 7910. Hike up this old road for just under a mile to the crossing of a shoulder due east of the summit of Peak 7910. Leave the road here (just over 7,200 feet) and climb the shoulder as it heads due west to the summit.

The terrain on the shoulder is open, short scrub initially. Higher up, there are some rocky outcrops which can either be climbed or skirted. Scattered mountain mahogany join the mix farther up. When you reach the summit ridge, scramble a short distance left/south to the high point. The high point is on a ridgeline. The summit has a modest cairn. 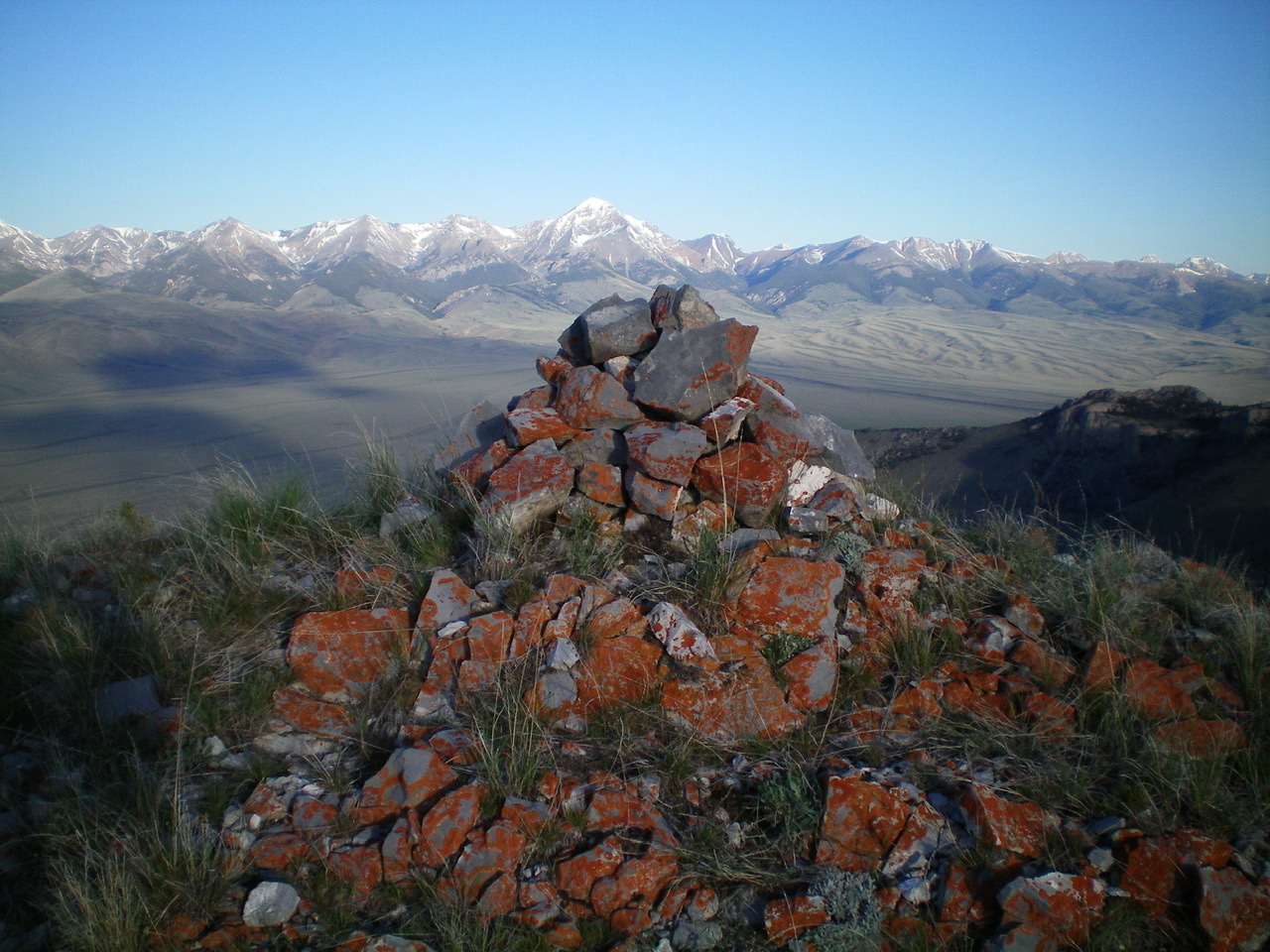 The summit cairn atop Peak 7910 with snow-capped Diamond Peak in the distance. Livingston Douglas Photo

Same as for the east shoulder. This route is the first leg of a ridge traverse from Peak 7910 to Peak 8963.

From the summit, scramble north along the narrow summit ridge, through open areas and rocky outcrops/boulders with mountain mahogany mixed in. You will soon reach a gentle saddle at 7,520 feet. This saddle is the base of the northeast ridge and concludes this leg of today’s journey.