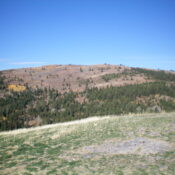 This peak is not in the book. This peak and Peak 7767 were climbed on the same excursion. Published November 2022

Peak 7936 is a ranked summit on the major north-south ridge in the Portneuf Range that includes Bonneville Peak (9,271 feet) just to the south. Peak 7936 sits just north of Inkom Pass and is most easily reached via a Forest Service Trail coming up to Inkom Pass from the west. An unofficial 2-track (not shown on maps) leads from Inkom Pass up the ridge to the summit. USGS Bonneville Peak 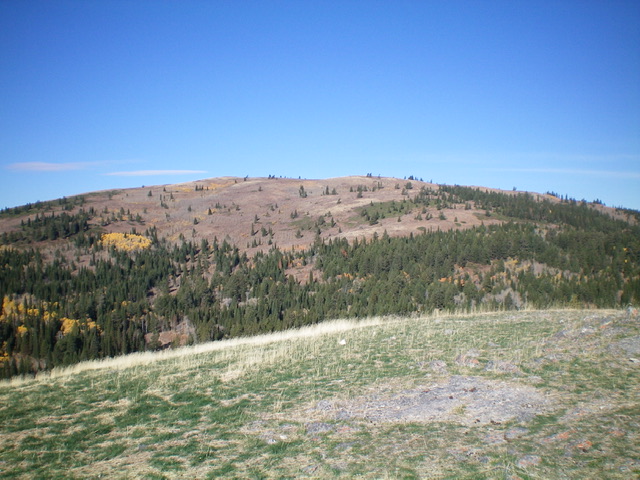 Peak 7936 as viewed from the east. Livingston Douglas Photo

From the dispersed campsite, hike (or drive) north up rocky, rugged FSR-013 for a mile to a signed junction at a low point in a meadow/drainage for North Fork Pebble Creek. FST-239 (an ATV trail) goes right/east from here. Continue hiking up FSR-013 for another 2-3/4 miles to an unsigned triple junction in a meadow at 7,060 feet. There are two ATV trails on the left side of FSR-013 here. Take the ATV trail that heads hard left/southwest.

This is FST-243. The trail sign is laying on the ground and is easy to miss. FST-243 is a steep, badly-rutted ATV trail that heads southwest then west then northwest to reach the main north-south ridge crest at Point 7880+, just north-northeast of Peak 7936. From Point 7880+, follow a 2-track ATV trail south then southwest along the ridge line for about 0.2 miles to reach Peak 7936. There is a 45-foot drop to a saddle on the way to the summit. A short stroll from the ATV trail puts you on the open summit. The summit of Peak 7936 is small and has a modest cairn. The peak offers a magnificent view of Bonneville Peak to its south (see photo below). 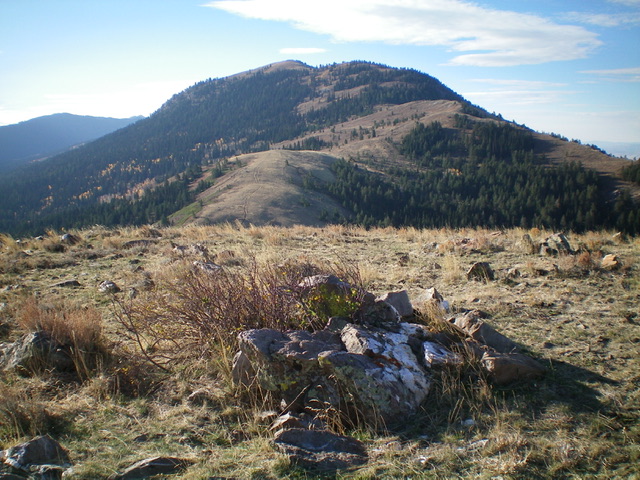 View of Bonneville Peak from the summit of Peak 7936 to its north. Livingston Douglas Photo 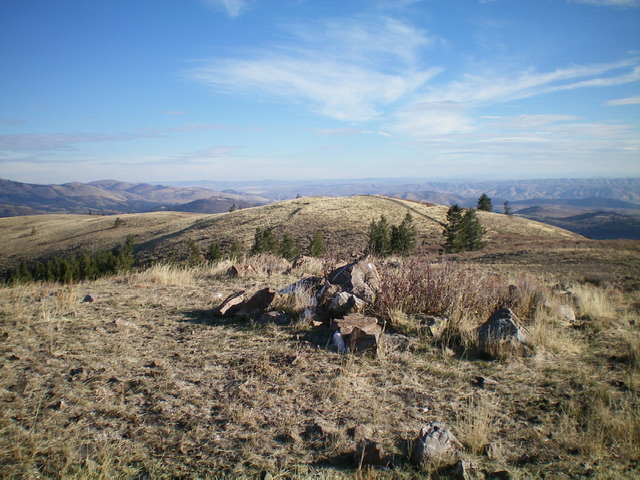 Looking north from the summit of Peak 7936 at the [lower] north summit (Point 7880+). Livingston Douglas Photo

Return back down to the meadow and the triple trail junction via FST-243. This concludes the first leg of today’s 2-peak adventure. Peak 7767 is up next.