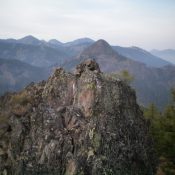 Peak 7962 (Rocky Pine Peak) is a forested outcrop that is located between Fivemile Creek and Sixmile Creek on the south side of the Yankee Fork. It is a ranked bump on the west ridge of Peak 9559. Peak 7962 has a hidden, Class 4 summit block that has probably never been previously climbed. USGS Custer 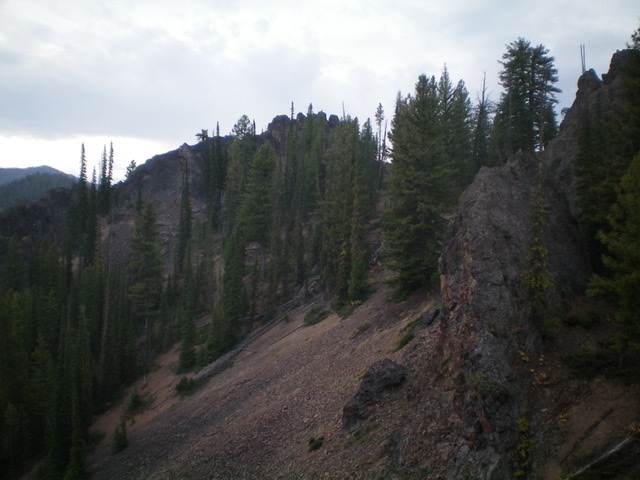 From the parking pullout, cross to the south side of the bridge. Look for a dry gully heading diagonally right/southwest from the road. Leave the road and bushwhack left/southeast up onto a forested ridge that is just left/east of the dry gully. Bushwhack south then southeast up the ridge, which is often rounded and ill-defined. Keep the dry gully on your right/west at all times until it disappears high up. The pine forest is somewhat thick and has plenty of blowdown to navigate. Higher up, the ridge bends left-ish/east and the gully disappears as a west spur merges into the northwest ridge. At this point, you reach the rocky ridge towers and buttresses of the upper northwest ridge at about 7,600 feet.

I chose the latter option as the difficulty of reaching the top of the summit blocks seemed a bit easier. The short scramble to the high point is exposed and has a short knife-edge. It is not easy but it goes. There was no sign of previous ascent so I built a summit cairn on the highest block. The rock on the summit block is mixed. Some is solid but much of it is dubious. The back/southeast side of the summit block looks to have a crumbly chute leading up to the crest of the summit block just south of the high point. That chute might be Class 3 but getting to it requires a testy traverse around the south side of the block on narrow ledges with dubious rock, so I don’t advise it.

When you descend, it is not a problem (navigationally-speaking) to return to the base of the rocky outcrops/buttresses at 7,600 feet. But it is easy to get off-course in the thick pine forest and multiple ridges and gullies on the west side of Peak 7962. I ended up on the ridge immediately left/west of the northwest ridge and had to bash through some very thick forest and blowdown to reach the road just west of the dry gully mentioned at the beginning of this route. I wasn’t far off but it was not a fun way to finish. The terrain below 7,600 feet tries to pull you left/west, so be careful. Thankfully, the west spur is not too steep, so if you mistakenly descend it, you will still end up on Yankee Fork Road about ½ mile below your entry point. 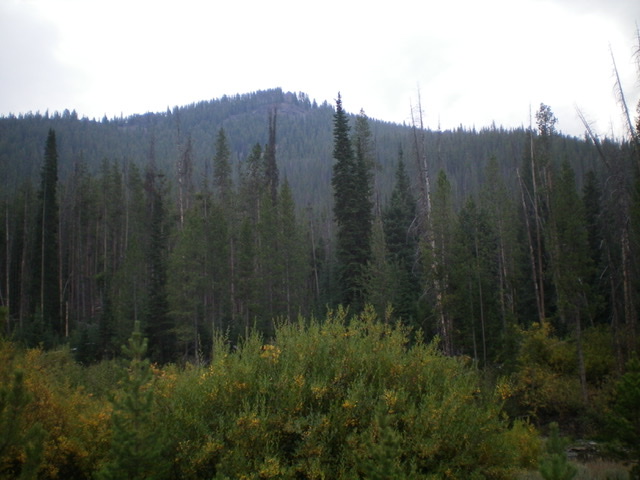 View of the forested northwest ridge of Rocky Pine Peak from Yankee Fork Road (start of hike). The rocky outcrop in dead center is the start of the rugged, rocky summit ridge. Livingston Douglas Photo 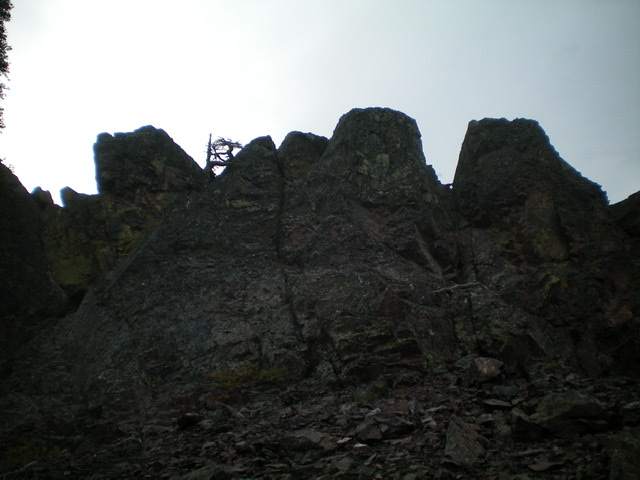 The Class 4 summit block of Rocky Pine Peak as viewed from its base. Livingston Douglas Photo 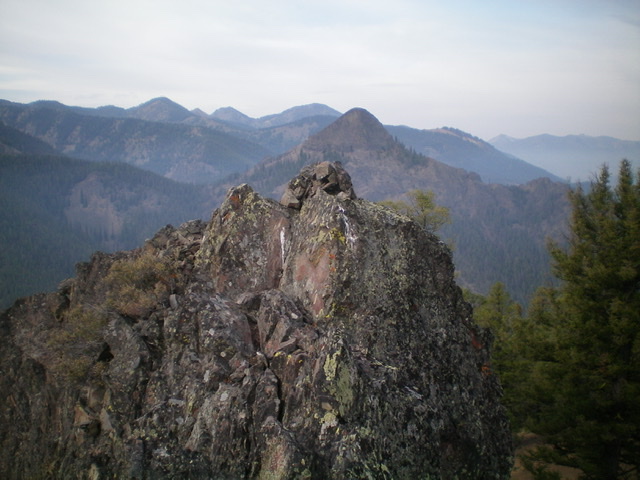 The summit (and newly-built summit cairn) atop Rocky Pine Peak with Bald Mountain (8,969 feet) in the distance. Livingston Douglas Photo 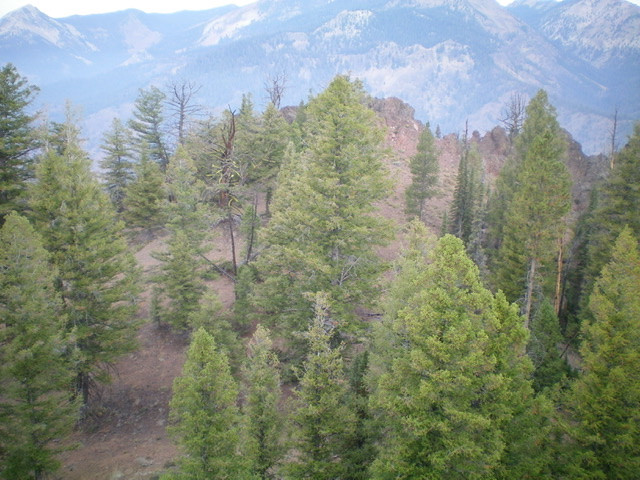