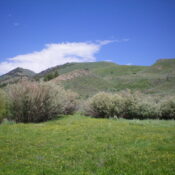 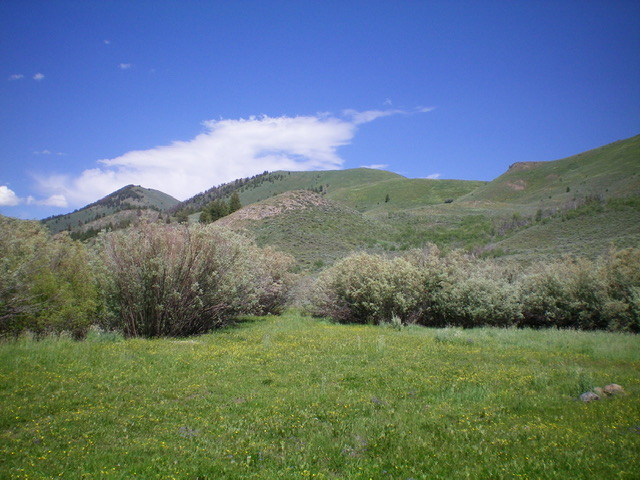 Peak 8005 as viewed from the southwest. The summit is just left of center. It is NOT the hump at far left. Livingston Douglas Photo

From the corral, you have two options. First, you can bushwhack up the right/east side of Big Witch Creek (staying just right/east of the thick willows) for 0.4 miles to reach the base of the west shoulder. Second, you can follow a good cattle trail on the left/west side of Big Witch Creek for 0.4 miles and bushwhack through the willows and marsh of the creek drainage to reach the base of the west shoulder. I did the former on the ascent the latter on the descent. I prefer the latter option. Once you reach the base of the [obvious] west shoulder (which is located just past a prominent gully that cuts the west face of Peak 8005), scramble northeast then east up the veg-covered shoulder, keeping the dry gully to your right/south.

After a final push up a steep veg-covered face, reach a flattish ridge area. Head east across a minor gully to quickly reach an old fence row on the crest of the ridge. Follow the fence row (which is only standing posts now with no wiring) east then northeast through thick sagebrush until the fence unceremoniously ends. Continue heading northeast up a steep face of sagebrush and other veg to reach the south ridge. Scramble left/north up the narrow, rock-and-veg ridge to reach the final summit hump. There is a small cairn atop the summit.

You may be tempted to climb Peak 8005 directly from the corral via the southwest ridge. However, the bushwhack southeast up onto the ridge is in thick sagebrush. In addition, the ridge requires climbing up over Point 7338 with a subsequent 200-foot drop to a ridge saddle. This route avoids Big Witch Creek but presents its own challenges. 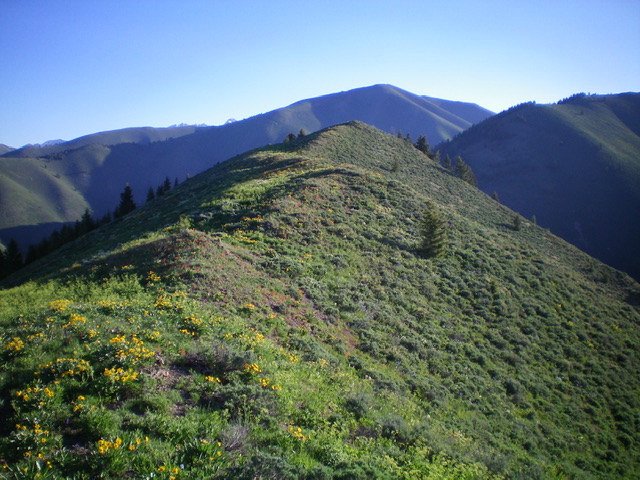 The ridgeline summit hump of Peak 8005 on the final approach up the south ridge. Livingston Douglas Photo 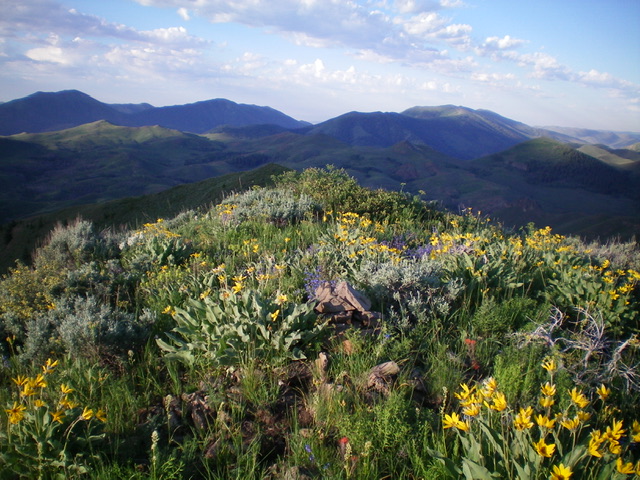